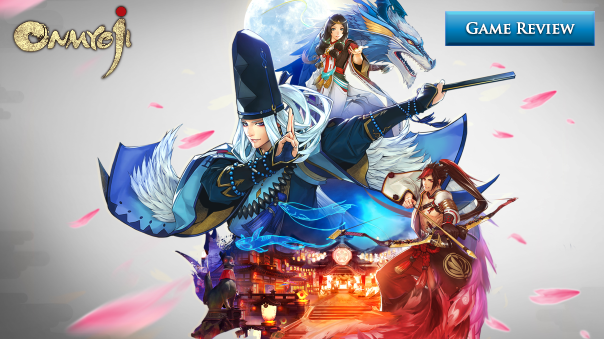 In the world of mobile gaming, I’ve seen my fair share of games that have similar gameplay systems but try to take different themes to set themselves apart. As of late, it seems that game dev companies are upping the ante with the game’s visuals, especially since the mobile market is constantly releasing cheaper but more powerful mobile devices.

That’s why I was expecting a beautiful game from NetEase Games’ Onmyoji, a game that uses Japan’s Heian period as its visual theme.

Onmyoji is a free-to-play mobile game for the iOS and Android platforms that puts you in the shoes of an an amnesiac Onmyoji, a human who can interact with spirits and the spirit world. As an Onmyoji, you will be able to create a party of spirits that serves as your protectors as you face other spirits and other Onmyoji in turn based battles.

The game’s progression system follows the usual chapter-based story system where you follow the tale of Seimei, the amnesiac Onmyoji which you will be using first. You can build teams of 5 with the spirits that you can summon either by gathering their shards or purchasing them via the summon shop.

Other game features for Onmyoji are typically found in other F2P titles such as quest, achievement, guild, global chat, and daily draw features. NetEase practically threw everything to the added game features to make players not only play against each other but also play with each other with real-time co-op arenas that players can participate in. 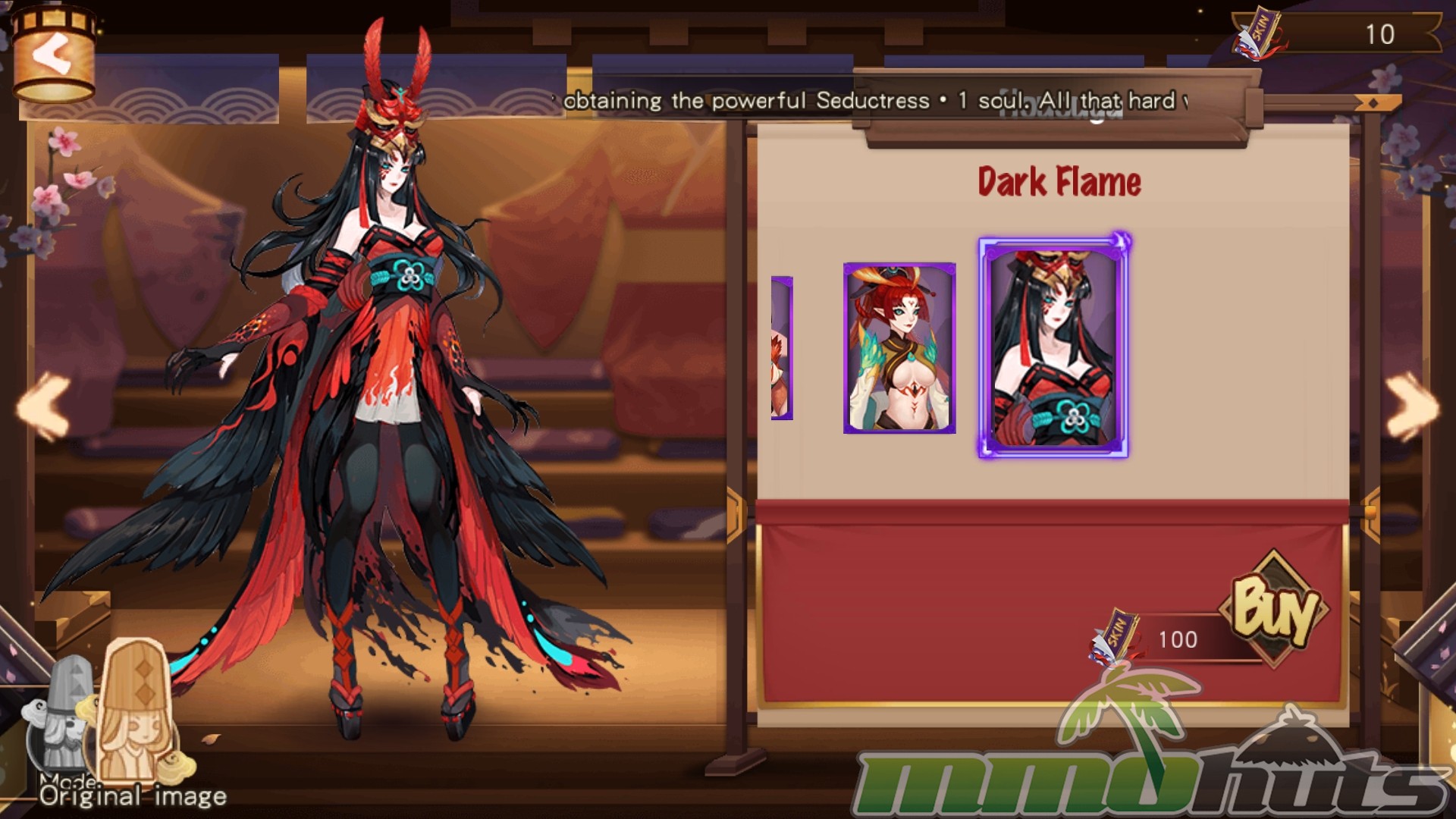 Onmyoji even have alternate skins.

Moving on to the Onmyoji. Aside from the Seimei, you can also unlock other Onmyojs as you go through the game’s story mode. As the Onmyoji are the attackers and defenders of your team, they serve as the core of your build.

Depending on your chosen Onmyoji, they can provide damage buffs or protect your team from attacks. Some of the Onmyoji, like Kagura, are more offense-centric and even allow for spirits to attack again.

Spirits in Onmyoji follow the typical unit collecting gameplay that you can find in other F2P titles. You can evolve or increase their levels as you gather the required ingredients.

Based on actual mythical creatures found in eastern mythology, each spirit has their own set background story along with beautifully drawn character design and a voice acted script. 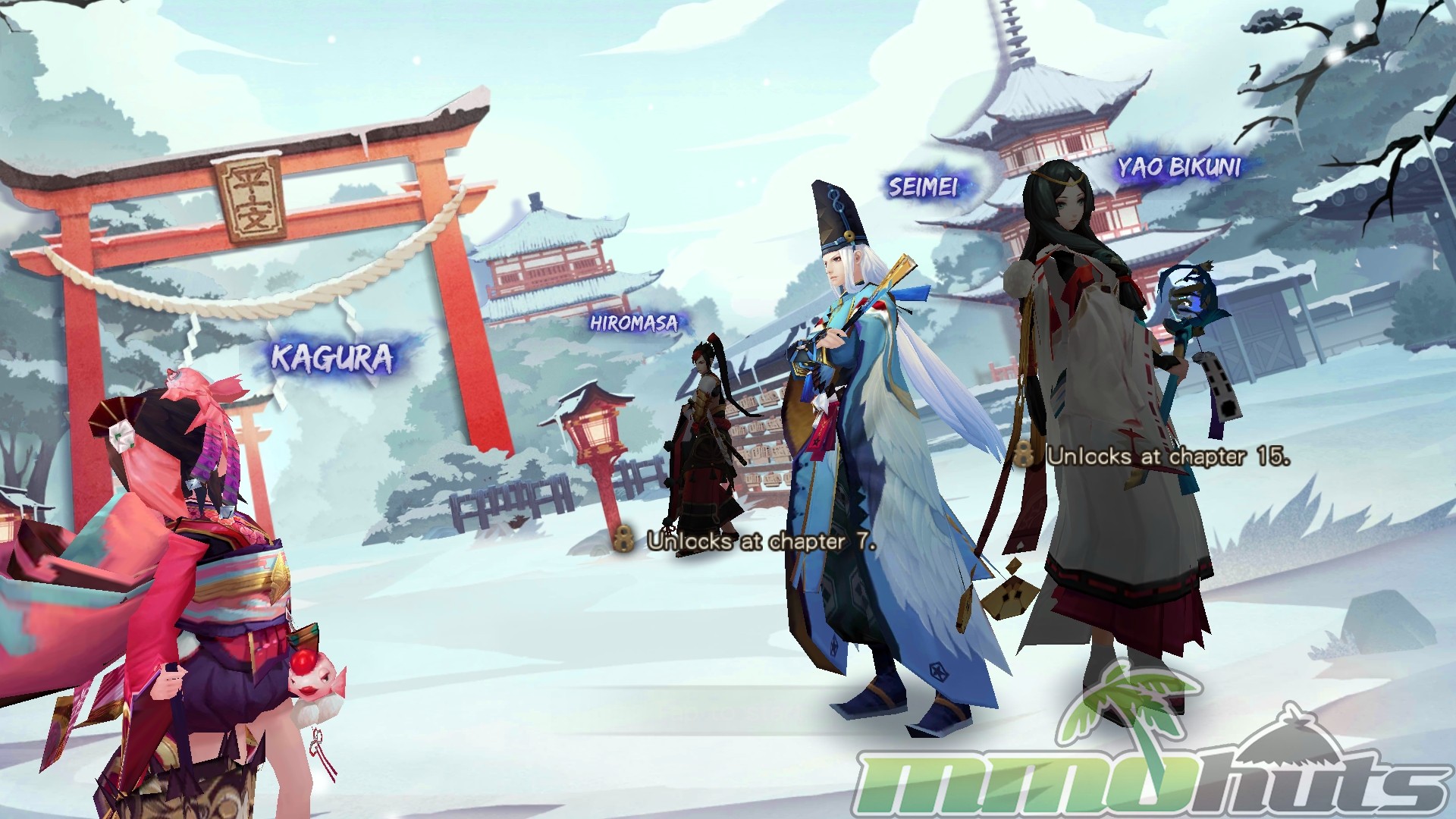 Even story selection is beautiful.

If there’s one thing that really pops out as you play Onmyoji, it’s that the game really looks good. The background and spirit designs are faithful to the Heian period. The game also provides alternate skins for the Onmyoji and the spirits, which will appeal to players who want to have a really beautiful team setup while battling.

The one thing that sets Onmyoji a cut above the other F2P titles, which prides itself with voice overs for its characters and a composed BGM, is that the game really draws you into the episodic stories like no other titles can. I can attribute this to the way the episodes are written well enough, partnered with the awesome voice work plus really tragic back stories.

Onmyoji being able to pull my heartstrings is a surprise. Normally F2p mobile game fluff doesn’t phase me and I can breeze through story like the heartless human that I am. However, Onmyoji’s different. The story that I really like the best was that of the Zashiki, where she kept on feeding spirits to her failing adopted mother to keep her from dying. She’s doing this so that her adopted mother won’t die and to prolong her life, not out of spite, but out of love. The story continues on where Zashiki only felt genuine love out to her adopted mother after years of abuse from the hands of humans who used her because she brought luck to homes that she resides in. 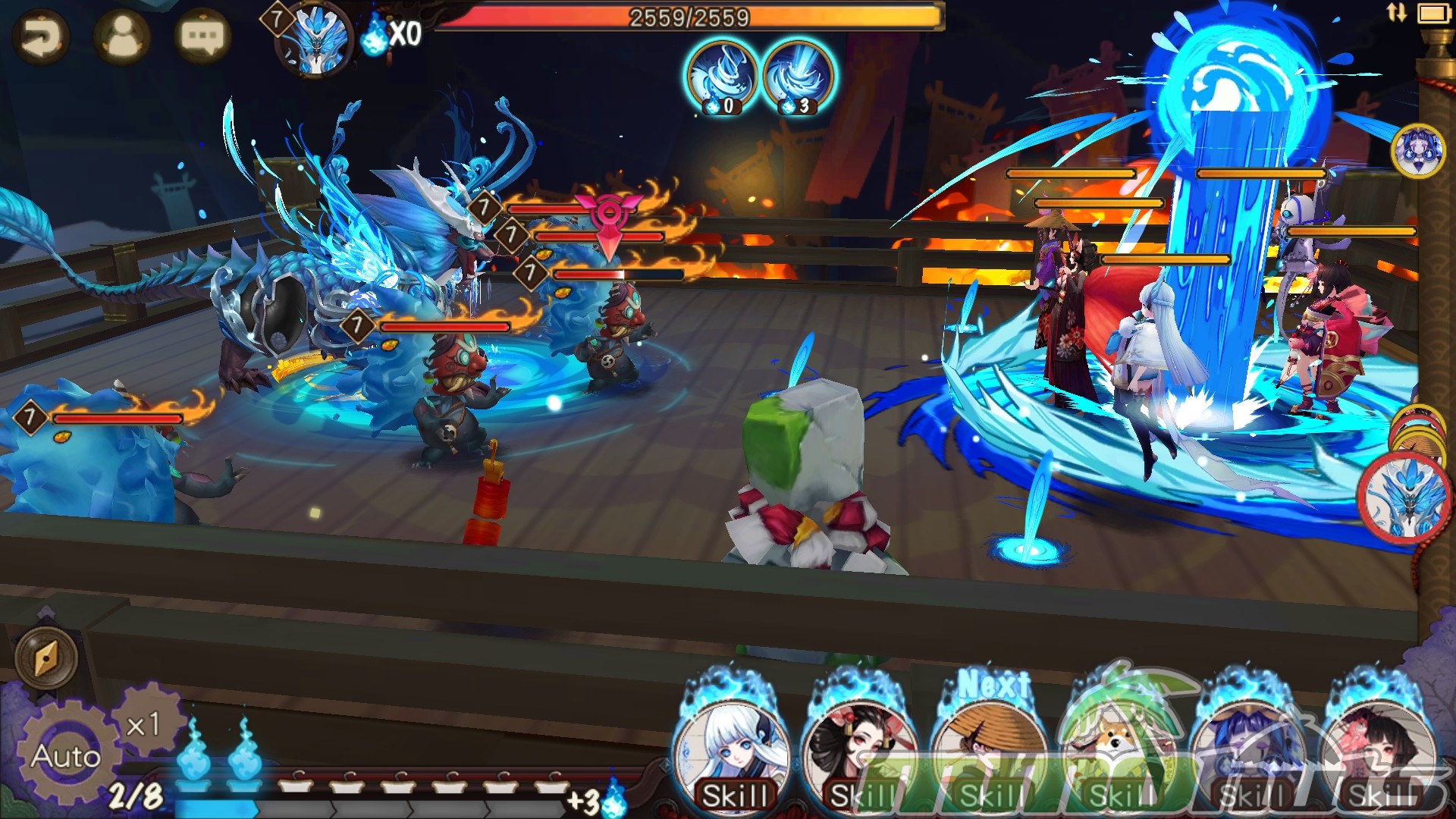 The combat style shifts slightly from the rest of the game.

NetEase in fact doesn’t shy away from really mature themes. And I’m happy that NetEase didn’t ease up on making the spirit’s backstories to make them kid-friendly, like a lot of other games that uses the eastern mythology as its source material, and that the game went for a more horror-based game as the myths are ripe to be used for such games.

Another thing that’s great with Onmyoji is that NetEase didn’t set a really high paywall. Players can be competitive even without spending too much on the game. The game rewards you handsomely, which allows you to at least breeze through the early stages of the game. Of course, as expected, if you want to stay competitive in the later game stages you need to spend a bit.

Conclusion: Great (4.5/5)
Visually stunning and really robust set of voice actors bring not only the character to life but the stories woven into make the game more than just another F2P game.

In an overly saturated mobile game market, Onmyoji stands as one of the best aesthetically pleasing free-to-play titles out there. The quality of the visuals is so good that it even rivals the visuals one can find in a lot of premium pay-to-play titles. The game’s acoustic is also superb, which should be expected with the really robust voice actor/actresses’ line-up plus the music composed by Shigeru Umebayashi.

However, with all that’s said and done, Onmyoji is a game that pretty much centers around the clichéd RPG gameplay. It doesn’t veer away from the tried, tested, but already graying gameplay mechanics one can expect from a F2P title.

In a nutshell, Onmyoji does one thing well and that is to tell episodic stories that doubles as the game’s progression system. But everything else is just another rehash of the gameplay that you can expect from any other F2P Mobile title. With that said, the game is still a good time sink especially for someone who’s looking for the usual gameplay, but looks beautiful in the process.