Brave Frontier Teams Up With ‘King of Fighters’ This Spring 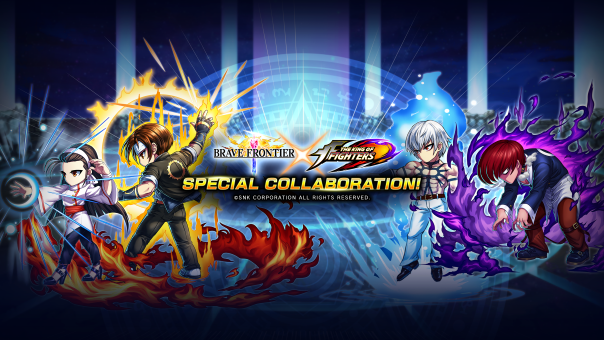 The King of Fighters franchise is coming back to Brave Frontier by gumi this Spring, and with it comes four new characters! This event starts tomorrow (April 24th) and runs until May 22nd, and players can acquire some old favorites, as well as the four new units. This collaboration also introduces a new dungeon mechanic, with The King of Fighters Arena. Players can select a variety of paths as they work their way through the dungeon against the best fighters. This will help them unlock The King of Fighters Sphere, Gems, and other Materials. In addition, there’s 21 days of rewards in the Login and Milestone Campaigns.

4 New THE KING OF FIGHTERS Units

Returning Fighters of the Previous THE KING OF FIGHTERS
Players will have the opportunity to acquire popular THE KING OF FIGHTERS characters from the previous collaboration: Terry Bogard, Iori Yagami, Omega Rugal, Benimaru Nikaido, Kula Diamond, Athena Asamiya, Mai Shiranui, and Leona.