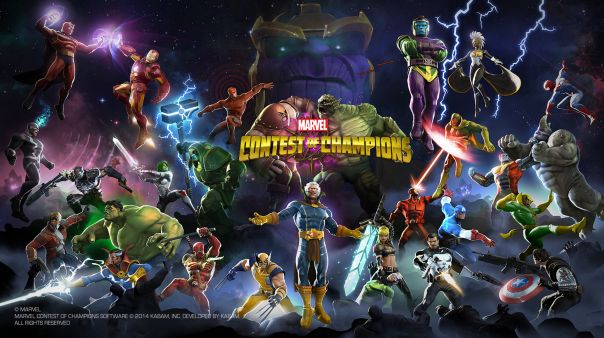 “The Marvel Contest of Champions development team jumped at the opportunity to create new Ultron-themed content that fans, like ourselves, would be psyched to play,” said Cuz Parry, Creative Director for Kabam’s Vancouver Studio. “The game has been downloaded more than 31 million times, and we’re humbled by the support. So we wanted to create something special for players that not only were inspired by the upcoming movie, but also rallied them together to take on one of Marvel Comics’ greatest foes, Ultron!”

In the Marvel Contest of Champions Ultron update, Ultron has infected The Contest. Players will suit up with their mightiest Champions to help The Collector defeat Ultron and keep his psychotic hands off the coveted ISO-Sphere. Take on other Summoners’ Champions and work together with your Alliance to complete objectives and receive rewards. Featuring brand-new quests with a unique and original Ultron story, players will need to defeat Ultron and his drones.