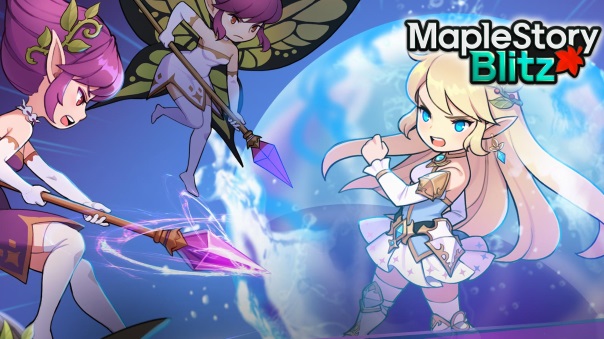 MapleStory Blitz continues to challenges players of all difficulties and the Grand Battle Update will continue to do just that. A Grand Battle celebration event will kick off this new mode, and Grand Battle will enhance the intensity of PVP combat with a new set of rules unlike anything in competitive trading card games including “Spear Meets Shield” mode, where players are given special Grand Battle decks to engage powerful opponents, and New Attacks – Ephenia will now damage enemy Towers whenever she is summoned, but “Water Shield” will prevent that damage. Players must master both to succeed.  Additional Combat Modes are planned for the future, following the “Spear Meets S hield” mode, and there are also prizes for winning in this mode: