The Battlerite Pro League is coming to Twitch 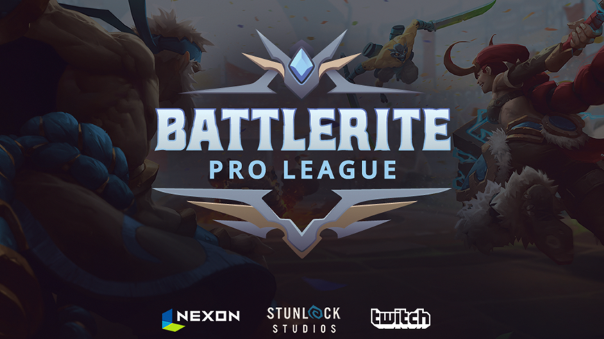 Stunlock Studios is teaming up with Twitch and Nexon today to announce the debut of the Battlerite Pro League, the game’s official competitive circuit. Battlerite Pro League, Season 1 will feature the best-of-the-best in Europe, North America, South America and Korea with sign-ups starting today and the competition starting on April 12th. An 80,000 dollar prize pool awaits, including more than 25,000 for the LAN finale prize pool. Twitch will be the exclusive streaming partner for the league with the first three seasons being broadcast to the Battlerite Twitch. Nexon will handle the production and distribution for the league in Korea.

Battlerite Pro League open qualifiers for each region begin next week. The regions will consist of 8 teams each duking it out over the course of 5 weeks to see which teams get to stay for the next season, which teams will be relegated and which 2 teams will make it to the LAN finale to represent their region. Interested parties can sign up in the link below before the 11th of April. Four qualifiers for each region with two teams qualifying each day will make up the eight teams for that region.

“Our community has grown and matured immensely since Battlerite was released so it was time for us to provide a platform for the best players to show what they’re made of,“ said Alexander Hermansson at Stunlock Studios. “By partnering with Twitch and Nexon for the Battlerite Pro League, we’re not only offering an entertaining broadcast, we’re introducing the game’s intricacies to fresh audiences, newer players, and esports fans in many different corners of the world.”