Today, Lord of the Rings Online releases update 15, the last big update of the year. Update 15 will feature a new region, new Epic Battle content, and a new class: the Beorning.

Sitting down for the press tour of the new material went as it often does with this particular team, which, interestingly enough, is not unlike playing the game itself: there were some minor technical issues, but they did nothing to dampen the team’s spirits or diminish the quality of the content itself. In addition to showcasing the expansion, the good folks at Turbine are always quick to expound on this or that point of the game’s voluminous lore, or discuss their inspiration for such and such environmental art, or their philosophy driving their gameplay design decisions. 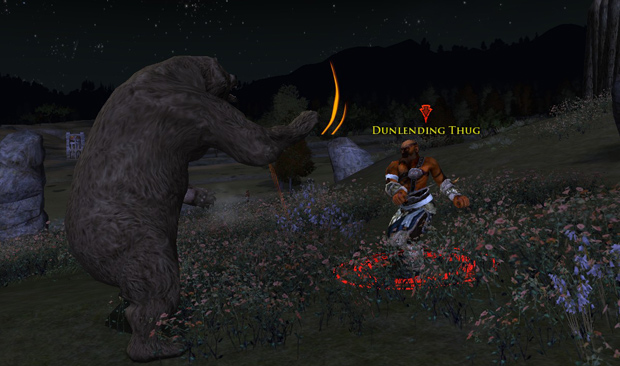 Beginning with the first and most obvious new feature, we have the Beorning. Beornings, for those familiar with the works of Tolkien, will be the extended family (imagine them as a greater clan) of the famous Beorn, as descended from Grimbeorn. This vaunted pedigree is diligently tended to by the writers and developers, resulting in their very own starting zone, architectural style, and cultural traditions. For those not familiar with the works of Tolkien, Beornings are basically werebears. They’re rugged, hardy humans that turn into very large bears to fight, hunt, or whenever else they feel like turning into a very large bear. It’s hard not to imagine them just hanging out in bear form from time to time, scratching their backs on trees or raiding beehives for fun. 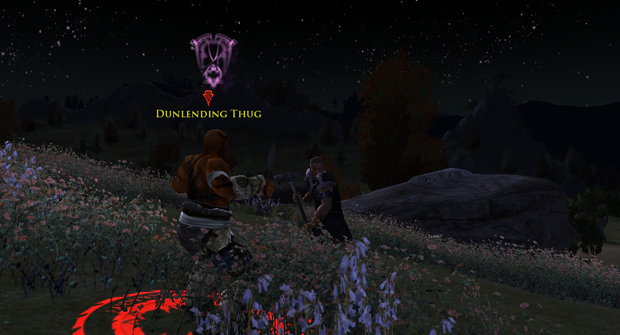 Sadly, that will not be the case in LotRO. The Beorning’s shapeshifting is not a casual, flip-of-the-switch type mechanism. It’s a focused, in-combat move reliant on the generation and expenditure of class-specific resources. At the risk of blaspheming, I’ll reference World of Warcraft by saying that it’s less Feral Druid and more Demonology Warlock. You’re probably not going to be in bear form all the time, but that doesn’t mean you’re powerless outside of it. You’ll get to spend a fair amount of time in your ursine shape, with some specializations focusing on turning that “fair amount of time” into “as much as Beorningly possible,” but don’t expect to forget what your human form looks like. 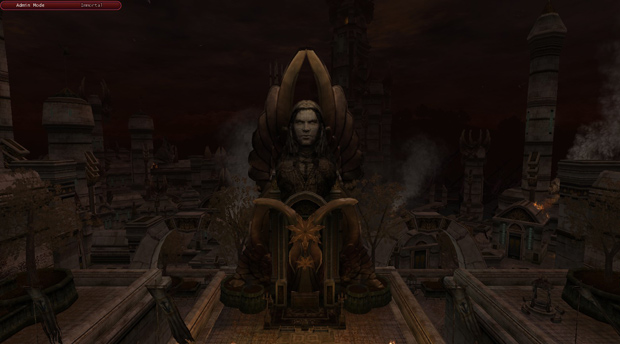 There are no beehives for you to raid, either, so even if you could spend all your time in bear form, you wouldn’t be raiding any. That’s the bad news. The GOOD news is something like this: Beornings are as much of a race as a class, and they’re visually distinct from the standard Race of Man even in non-bear form. Bear form is HUGE, dwarfing human-sized opponents in a truly menacing fashion. Oh, and even though you won’t be going after any beehives, you can summon swarms of bees to harass your enemies. The Beorning is a hearty brawler of a class, but it’s not just a brawler. The three talent specializations available to it are all distinct in role: one tank, one damage dealer, one healer. The tank spec is the one that focuses on turning into an invincible bulldozer that seldom, if ever, is caught out of bear form. The damage dealer’s bear form becomes a champion pugilist, while backed up with meaty axe swings when in human form. The healer, as per LotRO’s “health is morale” system, buffs allies and rallies them with morale-restoring shouts and roars. The devs made much mention of it being an aggressive combat healer, the kind that wades into battle alongside the tank and melee DPS, cracking skulls while healing allies. 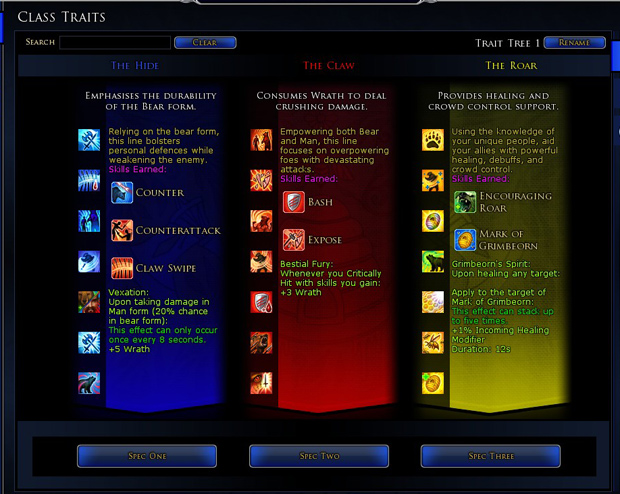 But wait, there’s more! Beornings get their own starting zone with their own storyline, featuring the reclusive clan’s struggles to keep themselves isolated from the shadows enveloping Middle-Earth. Naturally, the inevitable conclusion of this line is that they can afford to remain aloof no longer, that the evil creeping out from Mordor must be stopped, and that reluctantly opening a can of bear-clawed whoop-ass all over the Enemy is the only way to do it. Like Beorn, they’re not eager to fight – they’re not necessarily pacifists, they just don’t like to get caught up in other people’s battles – but once they commit to it, they go the distance. Tolkien fans will remember that Beorn himself tallied a frightening number of confirmed kills at The Battle of Five Armies. 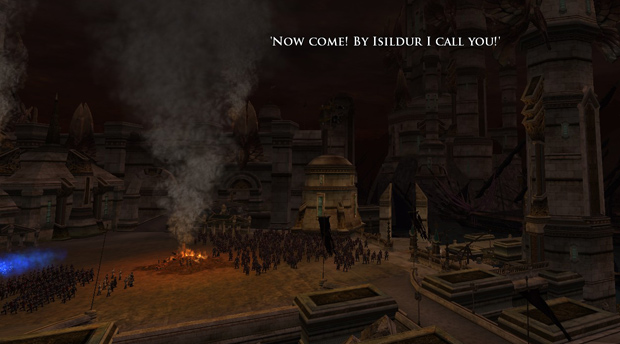 So, there’s that. In addition to all this, a new region of Gondor is opening. A large, sprawling, dark region. Dark both in the literal and figurative senses. In anticipation of his marching armies, Sauron has cast a pall of unnatural shadow over the land. This permits some of the scarier monsters in his employ to travel above ground during daylight hours, effectively kicking the Enemy’s threat level up a notch. Featured among this brave new horde will be villainous cretins of previously unencountered varieties. The kind that would make Saruman squeal with glee. 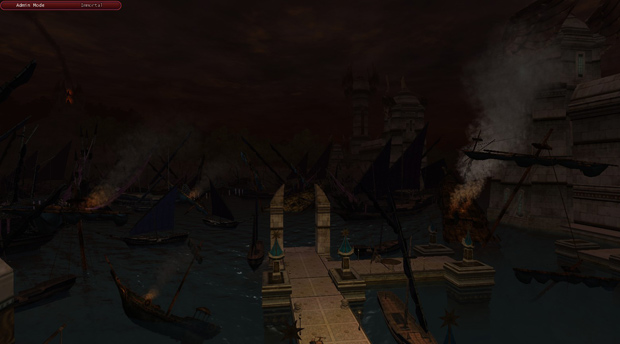 The cap on it all is Pelargir, a grand and ancient city presently under siege by a massive corsair (that’s pirates to the uncultured swine among you) fleet. Players will encounter this majestic city in a state of ruinous occupation by enemy forces and, through the new Epic Battle content, help to liberate it. You’ll be joined in the effort by Aragorn and his host, including the oathsworn undead, in addition to some other famous friends. The reward for success in this endeavor, aside from an improved loot reward system, is the actual liberation of the city. This will open new quests and content for players who persevere through the campaign… although, truthfully, this might be the most pleasant Epic Battle experience yet. It’s the first fully offensive campaign, you see. Rather than waiting for enemy events and scrambling to adapt to them, the player and their allies set the pace with their own offensive. This shift in focus is sharply punctuated by the new Nemesis system, which introduces enemy lieutenants that will seek out player characters and demand satisfaction in personal combat. Wise players will accommodate them with a swift, merciless death. 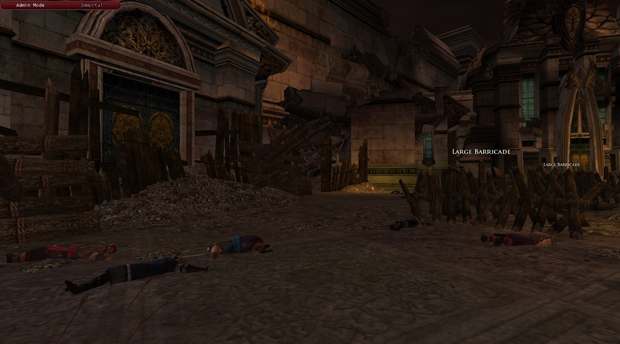 LotRO has always played a bit like Tolkien’s work reads: somewhat stiff and a bit antiquated, but bursting at the seams with good ideas and uniquely captivating content. Update 15 promises more good ideas and more captivating content. It even looks like it might take a few bold steps toward livening up the gameplay experience and making it a bit more player friendly. If nothing else, the design of the new class and Epic Battle scenario suggest that they’ve been learning some valuable lessons from their recent experiments, while the intricate, high-fidelity lore and story remain as strong as ever.