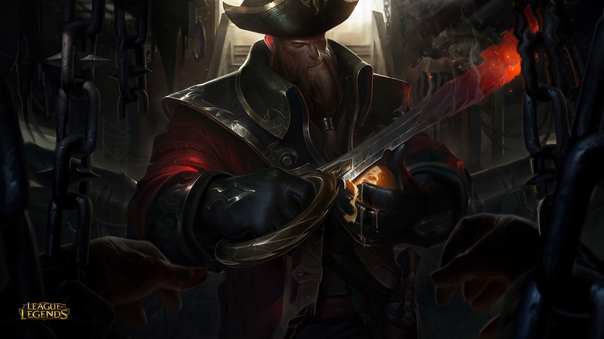 Riot Games upcoming League of Legends patch 5.13, featuring the new catfish chef champion, Tahm Kench, has revealed details today. In addition to the new champion coming shortly after the patch launch, this update will see a normalization of pricing and power for AP itemization, just in time for the Master of Evil (Veigar) to unleash an ultimate that is no longer a short joke!

Once again League of Legends is getting a patch focused primarily on balancing and quality of life improvements. Though with this patch notes we also receive a teaser of a visual rework to Gangplank including minor adjustments to his existing kit. This seems to include all his past skins based on the preview listed on the microsite. For full details on the Patch Notes or new Gangplank look, head over the League of Legends official site!