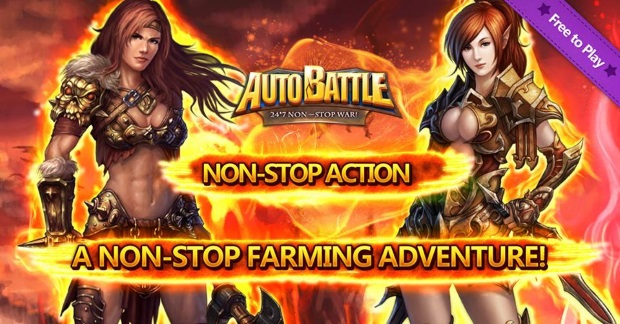 Playcomet, a leading publisher and developer of mobile games, today announces the official launch of global version of Auto Battle, a mega-hit MMORPG that is insanely popular in Taiwan and HongKong.

The closed beta of Auto Battle was successfully released on the Canadian Google Play last month. During the closed beta, the game received a lot of feedback and suggestions from a lot of avid MMO and RPG gamers and also made striking changes from its UI, to class balance and to localized texts.

“Our success in Taiwan and mainland China gives us confidence to bring the game to the whole world.” Yi Long, CEO of PlayComet said, “The mobile platform creates unique opportunities for transnational communications. We look forward to bringing more promising games to the international market.”

Auto Battle is a phenomenal RPG that has drawn widespread attention thanks for its history-making “Auto-Farming” function. And its rapid rise on the Google Play also attracted half a million installs from Google Play store alone. With the official launches of both Android and iOS version, the game will definitely see another wave of success stories among industry practitioners, media and gamers.

Auto Battle is a 24/7 non-stop war game unlike other dungeon crawlers and hack and slash RPGs, offering a never-ending farming adventure that lets you garner experience, gold and gears automatically.

Since Nov. 8, the game has undergone a soft-launch on the Google Play Stores of Canada and a few European countries. Within 10 days, the game ranks# 5 on Top Free Chart of Google Play. Along with its official launch on both iOS/Android, Auto Battle will see a further increase on its overall ranking. And it seems a sure bet.