R2Games has teased earlier in January that their angels in League of Angels would be portrayed by a number of cosplayers, in particular Maridah, Ginny McQueen, HezaChan and Heroes of Cosplay star Riki LeCotey (aka Riddle). And so without further ado, here they are for your viewing pleasure. 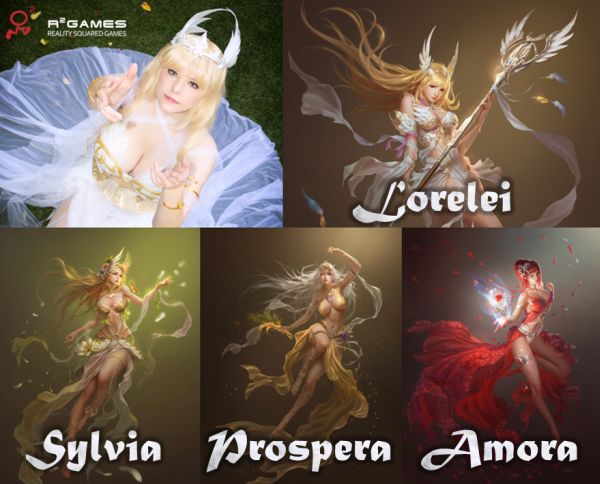 Maridah’s portrayal of Angel “Lorelei” has already been completed, of which a limited number of photos have been shared on social media sites. Ginny McQueen’s “Sylvia” is nearing completion and should be seeing the light of day very soon. Having recently joined in, HezaChan is currently working on an upcoming costume “Amora”, and Riki LoCotey’s portrayal of “Prospera” is expected around mid-March.

Exclusive cosplay photos will be made available to subscribers of the League of Angels Newsletter. Those interested can sign up for it on the official site, here: http://loa.r2games.com/