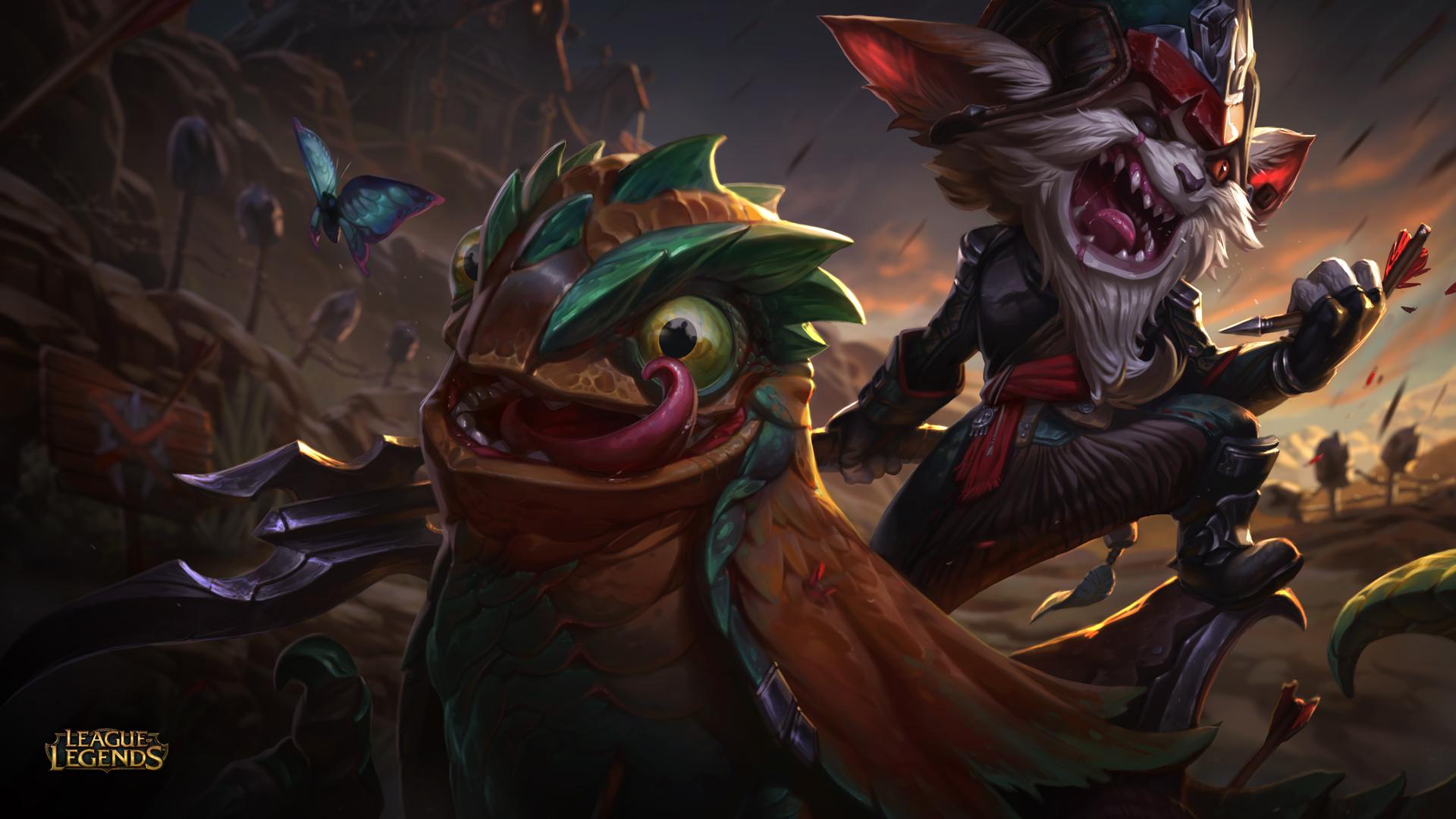 Riot Games at last reveals the full kit of their incoming summer League of Legends champion, Kled the Cantankerous Cavalier. Kled marks the long awaited end to the drought of Noxian champions, bringing the essence of fight or flight gameplay into his kit. Players must balance his passive, Skaarl the Cowardly Lizard, and the secondary HP bar and abilities he offers, to fully make use of Kled’s very unique kit.

Kled acts as a serious initiator, packing plenty of dashes and clean-up skills to get in and lock down an opponent long enough for your team to arrive for the kill. His ability to gain back Skaarl through, as Riot puts it, going ham can create some tricky baiting plays that pull enemies into initiating their own doom. Combine all this with his no energy/mana skill set and Kled can become a pain in the laning phase that you just can’t shake or send running back home. Let’s look at his skills.

Kled’s semi-trusty mount, Skaarl, has its own health bar and takes damage in Kled’s place when the two ride together. Any bonus health Kled picks up through items, runes, and masteries also applies to Skaarl. When the lizard’s life bar is whittled down to zero, it’ll run for the hills, leaving Kled to fight alone.

When fighting solo, Kled’s abilities change and he gains movement speed while heading toward enemy champions. Kled can restore Skaarl’s courage and bring the craven critter back by attacking towers, champions, or epic monsters.

Q (Mounted): Beartrap on a Rope

Kled throws a literal beartrap tied to a piece of rope, dealing damage to all enemies it passes through and attaching to the first enemy champion hit. If the Cantankerous Cavalier sticks close to the struck target for a couple of seconds, he’ll reel in the rope, pulling his hapless target towards him while applying a slow and a decent chunk of damage. This ability deals bonus damage to minions.

Kled fires his gun, blasting a wad of bullets in a target direction and knocking himself backward.

Kled’s basic attacks cause him to frenzy, granting attack speed to his next four basic attacks. The fourth frenzied blow deals bonus damage based on a percentage of the target’s max health.

Kled and Skaarl dash toward a targeted area, dealing damage to enemies in their path and temporarily gaining a burst of movement speed. If Jousting strikes a champion or large monster, Kled and Skaarl can reactivate the ability to dash back through the struck target, again dealing damage.

Kled and Skaarl charge toward a targeted location, building up a shield and boosting the movement speed of allies in their wake. Skaarl will home in on the first enemy encountered, ramming them to deal damage as a percent of the target’s max health. 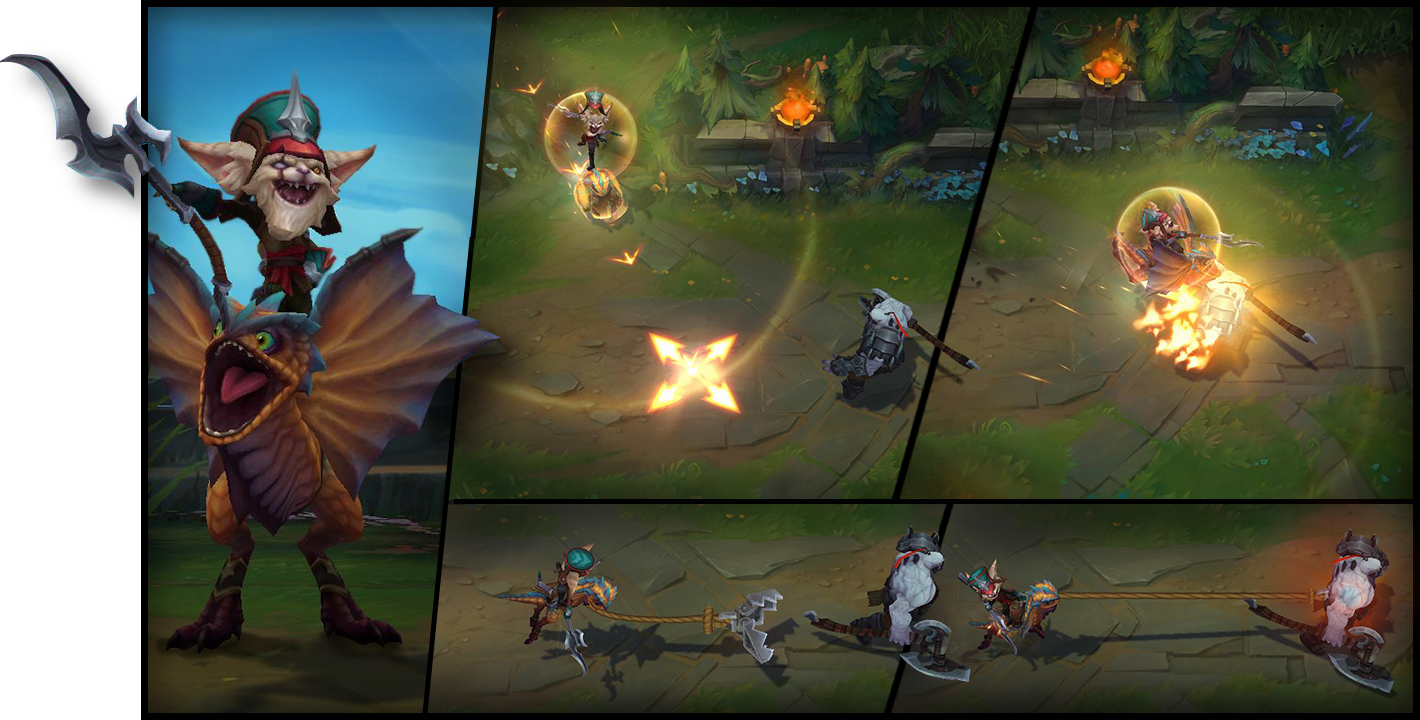 As should be clear, Kled is ideal for high skill cap initiation players comfortable with skirmishing well past the safety net of their team. Despite his lack of energy and mana, don’t mistake him for a face roll champion. Every action you take might be your last, or might be the initiation to the final team fight to win the game. For a full break down from the developers on how they imagine Kled fitting into League of Legends, check out their reveal page here.