Overwatch – Lucioball and the Future of Game Modes 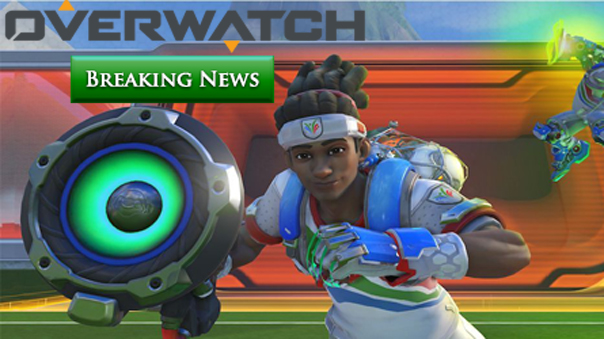 With the Rio 2016 Olympics underway, everyone is turning towards sports. This event helps bring all types of people together; even those who are not normally interested in sports are brought together under their country’s banner. The Olympic craze does not stop in Rio; it often seeps into our beloved games. It’s always great to see game’s incorporating events going on in the real world into their virtual worlds. Read on to learn more about the Olympics Summer Games in Overwatch!

Overwatch’s latest update introduces the Summer Games featuring over 100 unique items and a even their first ever stab at a new game mode, Lucioball. Try your luck with the new Summer Games Loot Box for a chance to unbox new skins, sprays, voice lines, and player icons. These items will only be available during the three-week Summer Games and are not purchasable using coins. However, you are still welcome to spend your real money to purchase Loot Boxes. I’m trying to avoid doing that though, I have horrible luck when it comes to random drops. Hundreds of dollars across Dota 2 and CS: GO have lead to nothing…

Collectors will love this update as they work to acquire all the new limited time items before the end of the Summer Games. While I would love to get some of the soccer themed skins, I’m not going to be playing the game just for the unique items. This is where Lucioball comes in – A new brawl featuring Rocket League style soccer with Lucio.

Lucioball is a four minute fast paced 3v3 soccer match limiting the hero choice to just Lucio. Continuing the theme of being easy to pick up and play, this new brawl revolves around one simple idea: push the ball into the opponent’s goal and keep them from getting it in yours. All of our favourite beat-dropping Brazilian’s abilities have been altered to interact with the ball. Since the point of this brawl is to score goals, your primary fire has been disabled – it would be no fun playing soccer if you’re getting shot at!

Lucio’s primary fire has been replaced by a simple punch which can be used to, well… punch the ball. While this is a good approach at getting the ball away from your goal and into the opponents, a measly punch won’t be enough against even semi-competent opponents. Enter your alternate fire – use this to push back both players and the ball. At first I really thought this ability only pushed back other players but it turns out it’s great for hitting the ball too, just make sure you’re close enough. This realization made the game so much easier as I was no longer just running around throwing out weak punches…

Lucio’s Crossfade ability is also available and acts as a speed boost. Due to the nature of the game, healing is not required and therefore you are unable to switch your supporting music between speed and heals. It’s important to note, that while this is a team game, Crossfade only affects yourself. That’s fine though since all of your teammates have their own Crossfade. Make sure you use this ability wisely; it can be the difference between saving a goal or letting the ball go in.

Sound Barrier can lead to some easy goals

Lucioball is a pretty fun brawl but it isn’t something that will keep me coming back to the game. To serve that purpose, there is Competitive Play. I always see myself coming back to games where you can strive to reach perfection. Like Rocket League, Lucioball is very easy to pick up and play but it lacks the competitive side and near limitless skill cap. Even so, I was surprised and quite pleased to see such a unique (compared to the rest of the game) brawl being introduced to the game. It serves as a great teaser for what is to come.

Conclusion: A Glimpse into the Future

There are more seasonal events planned for the future but no details are available. It’s great to see new brawls popping into Overwatch. While we did always have different brawls featuring fun matches limited to specific hero choices, these brawls were still the same old Overwatch. Lucioball shows us that more unique brawls completely changing the gameplay are also possible.

With Overwatch being full of fun and interesting heroes, there is a lot of potential for new brawls. Even Lucioball could be taken further in the future by simply adding additional heroes and abilities to it. Wouldn’t it be great to see someone like Roadhog being able to pull opponents or the ball? Or Tracer with her amazing mobility? Of course ability and other balance changes will need to be made but even simple additions such as additional hero choices can make a huge difference.

There is no reason to limit yourself just to Lucioball though. What about some crazy Go Kart or Bumper Car action with Bastion tanks? Or Genji target practice? Or wrestling with Winston? The possibilities are endless. Also, although this is wishful thinking… it would be great to see the ability for players to create their own brawls with some sort of map editor. Who knows? Maybe we will see something like this in the future. Blizzard has usually been good about custom player content with games such as Warcraft and Starcraft.

To conclude, it was great to see a seasonal event introducing a unique brawl to the game. While I don’t see myself playing Lucioball a lot, this addition shows us what is possible in Overwatch. With additional seasonal events planned for the future, it is highly likely more unique brawls will make their way into Overwatch. Lucioball was a great teaser, I can’t wait for more! Be sure to check out the Summer Games before they conclude on August 22nd!