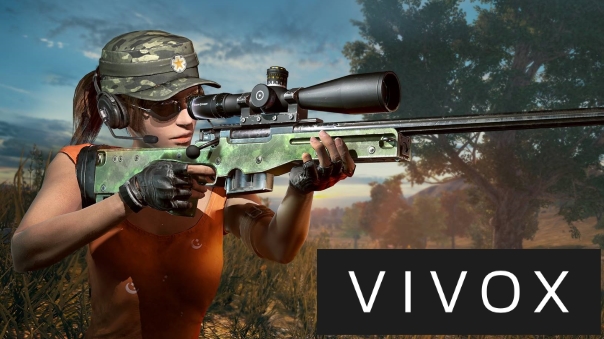 I recently had the pleasure of talking with the people at Vivox, who make the 3D positional audio technology for games like PUBG. This technology allows players to hear their teammates and competitors with a life-like relativity. Vivox’s reliability has offered a stable, high-quality communication service for Playerunknown’s Battlegrounds, even as the game has surpassed two million concurrent users. This is new technology to me, so it was a joy to learn about the evolution of audio technology, especially to see how it would work for someone who has a hearing issue such as myself. So many thanks to the fine people at Vivox!

Jason: For someone who doesn’t play a ton of PUBG or isn’t familiar with Vivox’s technology, how does it work?

Vivox: Vivox works with PUBG and many other games to integrate voice and text chat directly into games. Vivox technology gets embedded into the game, and when players join a match, team, guild, or other social structure they’re able to instantly communicate with other players in the game. Players may or may not know that they’re using Vivox chat services under the covers.

In PUBG, all 100 players in a match are connected to a 3D audio channel. That allows players to talk with people near them in-game and behaves very much like real-world audio. Players hear other players based on their relative locations in-game; as they move away the voices fade into the distance. This leads to lots of interesting emergent gameplay scenarios, where players might team up, bait other players, call out locations of enemies, beg for mercy, or otherwise interact in a way that is unique to that specific match.

In addition, players in squads get a private voice channel so they can coordinate with their squadmates without exposing their location to other players around them. In PUBG, communication truly is critical for squadmates to be successful.

Jason: So this 3D Positional Audio allows all players to hear each other within a certain amount of range in-game? What kind of in-game range does it require?

Vivox: Yes it does, at least when a player chooses to set their voice channel to “All” – there is a “Squad” setting that changes this for the user. When a player is navigating and the 3D positional audio is active, whenever they talk other players can hear them as long as they’re within a certain amount of distance.

The in-game range is determined by the developer doing the voice integration. Since each game is different, this flexibility allows a developer to determine what setting feels appropriate for the game being played – whether they’re going for a sense of realism like Bluehole’s PUBG or something more fantasy or science fiction based.

Jason: I think this is a really solid technology all around, and could really change the way competitive games are played. Do you think it could work for other types of competitive/ranked games, like Paladins, League of Legends, or Counterstrike?

Vivox: Absolutely, and Paladins is actually another one of our clients using our voice for competitive game modes. We know that developers are looking for ways to give gamers looking for more options for quick community engagement, pick-up-groups or making new friends and that the best way to empower these players is to give them communication tools inside the game. Text chatting has been a “norm” in multiplayer games for decades, and this is a continued evolution of that format. 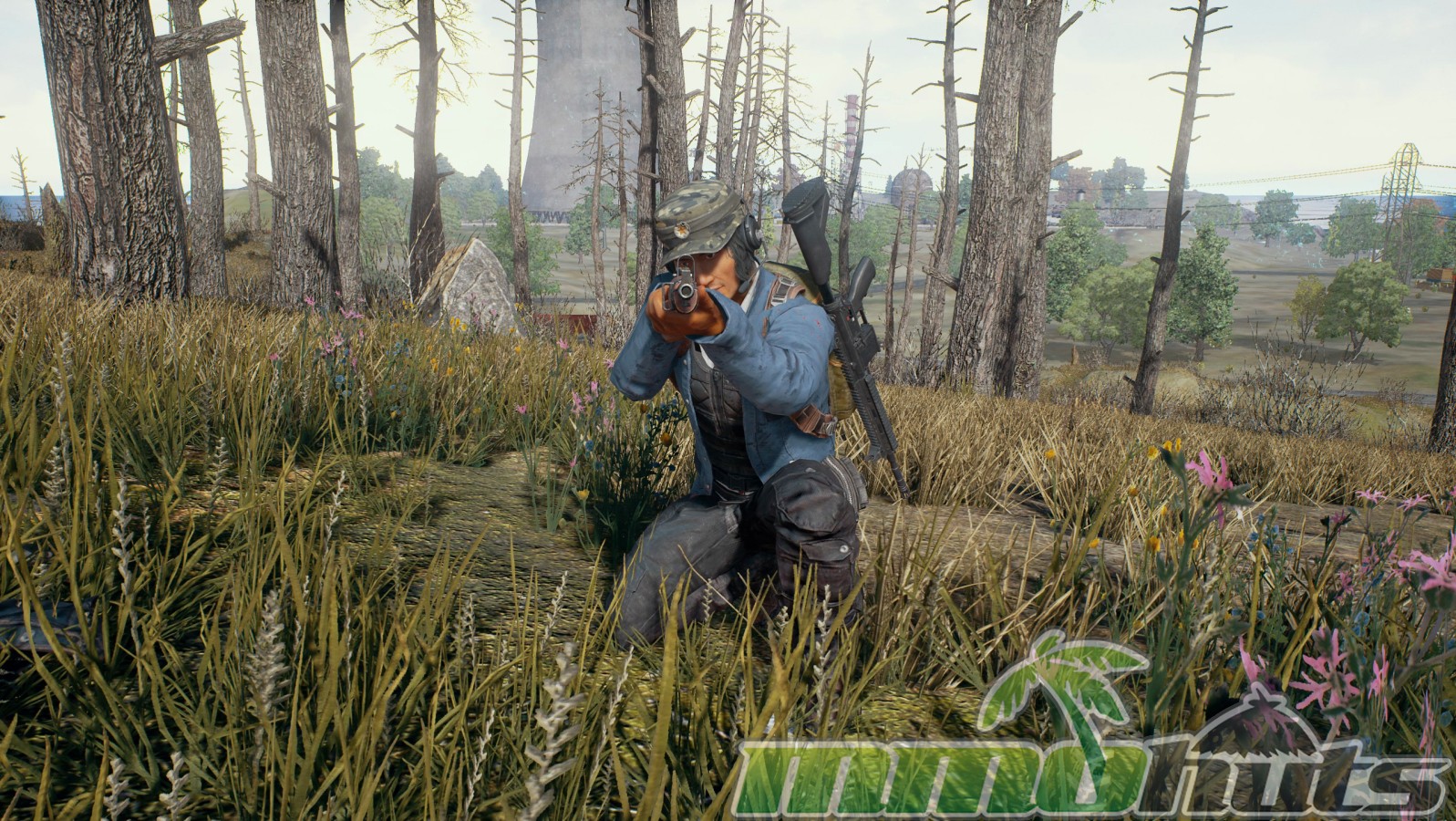 Since hyper-competitive online games have started dominating the market, we’ve seen a lot more desire from game developers to have integrated voice, especially games where the community needs easy ways to access voice to be truly competitive. These games look to continue to grow and become successful, so we’re looking at ways to make these experiences even better for gamers.

Jason: Voice chat is a tricky situation in games. It’s either implemented beautifully, or it’s dreadful and everyone turns it off immediately. What do you think the appeal of Vivox’s technology is, that could benefit mobile games to large, million-user online titles?

Vivox: You’re absolutely correct, and a bad voice chat experience can be a turn-off for a gamer trying to enjoy some competitive gameplay.

At Vivox, we try to eliminate all the mechanical variables, whether that’s poor audio quality, mic volume that’s defaulted too high, or any combination thereof. We send best-use-case recommendations to development teams so they’re not trying to reinvent the wheel when attempting to add voice chat functionality to their game. In general, we do everything we can to make the audio experience as pleasant as possible for gamers.

However, we can’t control the actions of the gamers using the service. As many of the ESRB ratings state, “Online interactions may vary.” Within PUBG, we’ve seen the best of what the gaming community has to offer and we’ve also seen very toxic interactions.

For developers, minimizing a number of variables that may lead to a bad voice chat experience is critical as they cultivate their community. Trying to fight both voice chat quality and toxicity would be a difficult battle – especially when those toxic players use the quality to aggravate other users (screaming into the mic or anything of that nature). So by eliminating that variable – and controlling the experience by having the voice chat in-game rather than in a third-party app – allows development teams to carefully mold their community experience.

Jason: So, I’m deaf in one ear. My left ear does not work and games that use stereo for in-game/voice chat can really be a detriment to me. Would Vivox’s 3D positional audio still be useful for someone who can only hear in the right headset speaker?

Vivox: Right now, PUBG has two types of modes that players can utilize voice in – an “All” mode and a “Squad” mode. When you’re in “All” anyone can hear you and 3D positional voice is turned on. In this particular set-up, you may be at a slight disadvantage because of your hearing, but you should still hear some of the noise as you pivot your viewpoint from left to right. Generally, competitive players don’t select the “All” voice option when they’re talking so they don’t give away their position to enemies players – although some do use it to feed their enemies misinformation! (Warning: Harsh gamer language in this video.) 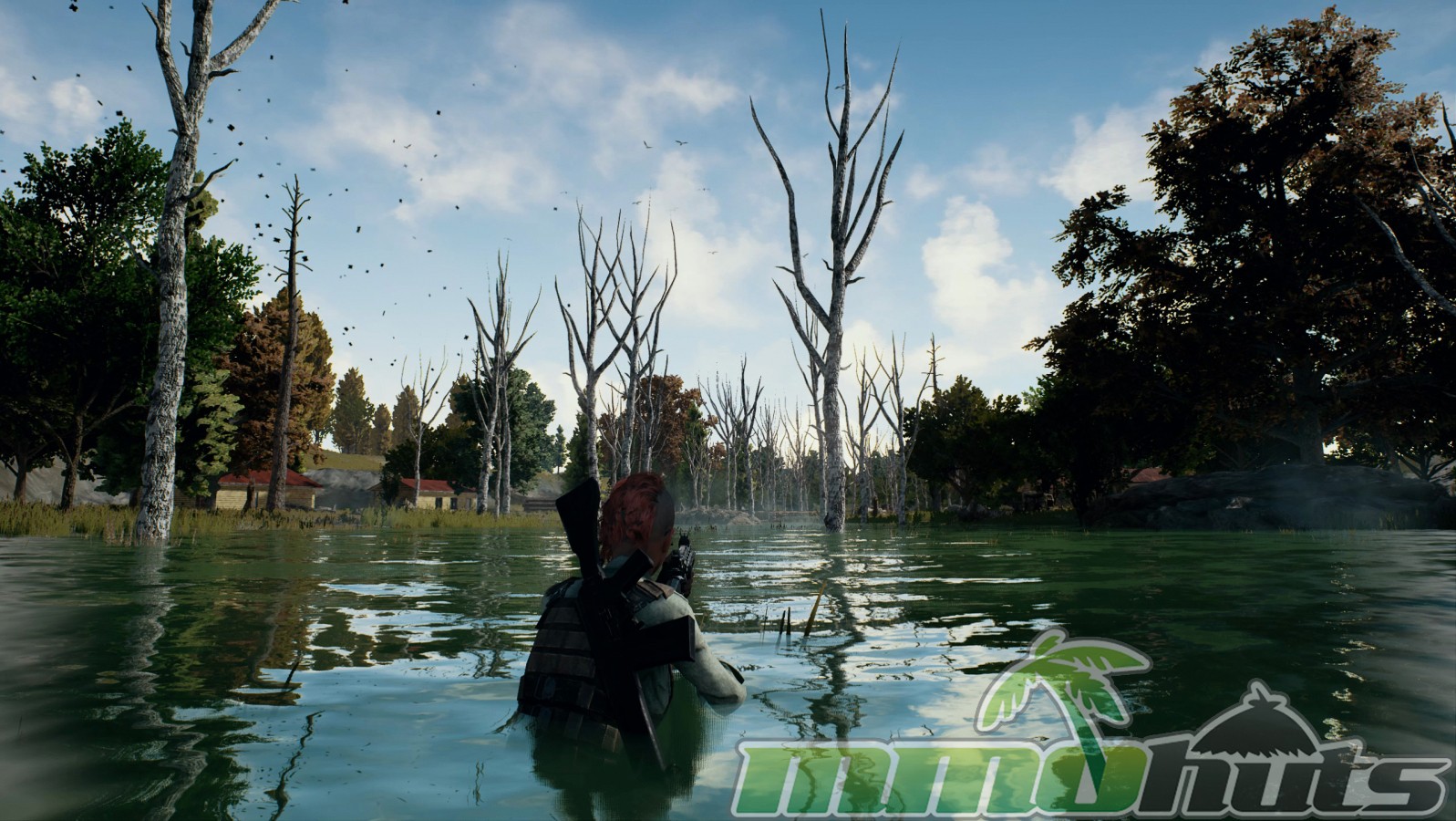 However, when you’re in “Team” mode, the voice chat is not 3D oriented, so you can hear what your teammates are saying through both ears. That way, if your team is communicating with you, you aren’t missing anything and you can still benefit from the quick drop-in capabilities.

Jason: So, can anyone hear you that’s near you? If so does that mean that enemy players can hear you even if you’re hiding, as long as they’re close enough?

Vivox: Yes and no. In general, your avatar will make noise whenever you move your position, so that is more likely to give a competitive player’s hiding position away. However, if a player is in “All” chat and talking constantly to their teammates, you can very likely give your hiding position away.

Really, the “All” chat and proximity chat in PUBG is often used primarily for interacting with non-teammates in whatever way a gamer chooses. These moments can be incredibly funny and we’re having a wonderful time watching all the organic interactions players have had while playing the game.