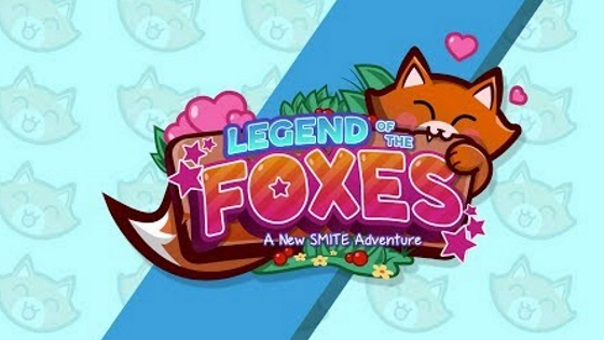 Good morning, Internet! It’s been a rough week, but we’re still here, still moving forward. There is still plenty to discuss, so I’m gonna get right down to business! Today, we’re going to go into some detail about the new SMITE Adventure, ‘Legend of the Foxes’! As a side note, Hirez Tina will be on the Bottom Tier livestream tonight, at 5:30 pm EST to talk about it, to talk shop and shenanigans, as well as play the mode with us! Maybe there will be giveaways. Maybe not. Come with your questions, comments, and goodwill! I’d also like to briefly touch on the Paladins Battlegrounds mode. I wound up not having the time to write more details on it, but I am going to speculate that we’ll see it on a live server in OB .66. I think that because while it is presently in its alpha testing stage, Paladins itself is still in the beta testing phase, so it’s not unreasonable to let more people get their hands on it now. I didn’t get much time with it, thanks to Authentication Issues that nobody seems to be able to help me with, but it is what it is. I did watch several streams and it looks considerably better than when we tried it at Hirez Expo this year. It’s going to be a fun mode, that I can promise. Another important note: We are planning a charity livestream on Bottom Tier, Friday from 1 pm – 8 pm EST to try and raise money for the families who lost loved ones in the tragic shooting this week in Florida.

SMITE Adventure: Legend of the Foxes:

The most important thing I think I can say about this Adventure is that it’s far more relaxed than the last few. The SMITE RPG adventures were fun and challenging. But they were not relaxing. Especially Nightmare Mode of the last one. I’m still mad that I didn’t complete it, and that was a few months ago! I feel like we’ve come a long way since the first PVE event in SMITE (Xing Tian’s Mountain), but that one was one of my favorites. Partially because we won 20,000 dollars for charity, partially because we got to stage 31 and not as many people succeeded in getting that far. Each adventure has been its own fun event, with new challenges, new ways to approach the PVE content. And personally, I love having occasional PVE content for a competitive online game. Not everyone cares about pro matches, getting better in ranked. Some people just like PVE, playing bots and such. But that gets tiresome and old after a while. Enter, SMITE Adventures! That’s where the game gets shook up. So, let’s talk about this particular adventure. 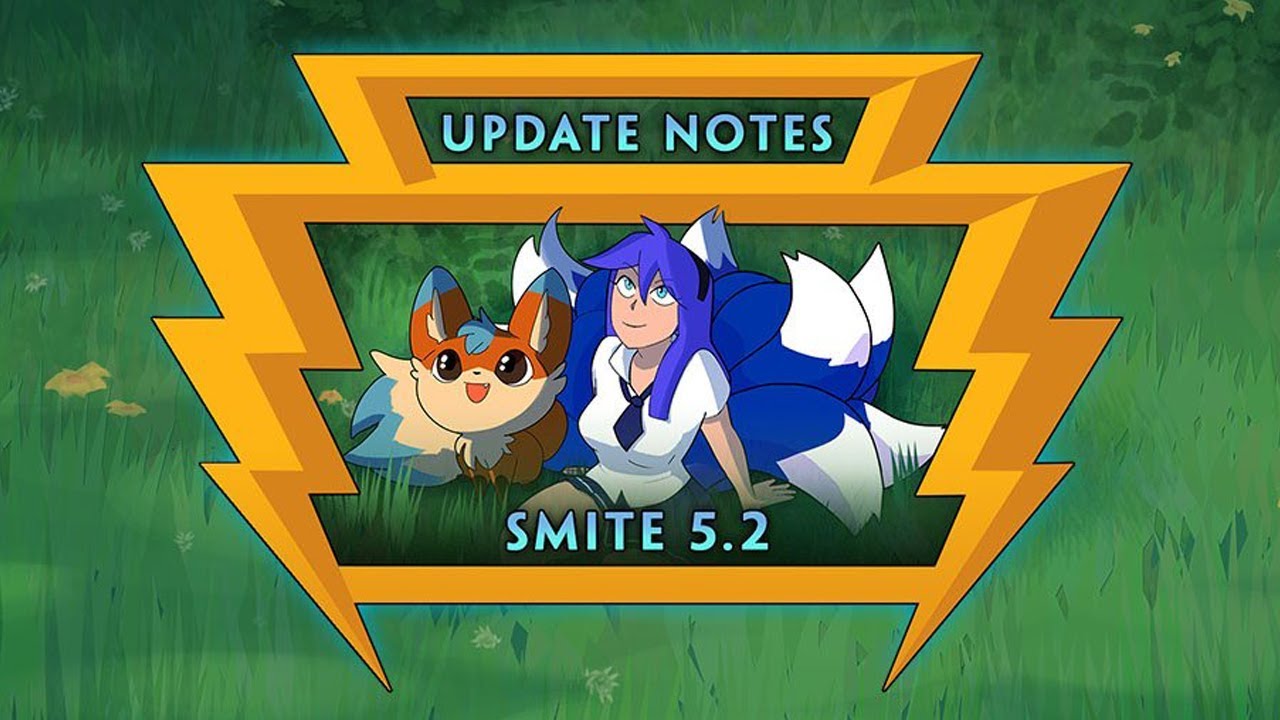 SMITE Adventure: Legend of the Foxes is a Horde Mode for SMITE. What that means you have an object/base to defend (in this case, the Fox upon its pillar) and the whole time Da Ji chastises you for not doing a good enough job. Kudos to them for getting Sailor Mars, aka Cristina Vee on board to voice Da Ji for this event/skin. I couldn’t think of a better choice (and as always, I did try). So you can pick from what looks like the entire cast, and group up with two other individuals with the ultimate goal of getting through all four rounds and the final boss. You start off at level 20, full stats, but no items. As you progress, shops open in certain locations and you can spend the gold you earn from killing enemies to buy gear. Here’s where some of the challenge comes in though. The items given to you are random, but it’s a decent stock of them. No relics, but a variety of boots, tank, and damage items are on offer. You’ll probably have enough gold on average to get one tier 3 item per shopping trip, but maybe other people are better than me and earn more gold. I cannot say one way or another, to be honest. I’ve got about 3.5k~ gold per round.

So each round, the Fox will run to a location, summon a pillar and hide on it. It’s your job to defend it from oncoming minions. Most of them die in one hit, but some are ranged, some are melee. These are your standard evil anime minion demons. Not a big deal. Then there are Elites, which get a little more frustrating. There are ones like the Trapper (has some CC), there’s an Imp that leaps away and darts off, throwing AOE fire attacks (easily my least favorite one), the Summoner (hides somewhere and summons constant waves of fire minions until he’s killed). There are some that have knockups and are tanky, that resemble Cu Chulainn’s anger-form, but I won’t spoil them all. Rest assured, each is different and requires a different course of action/strategy. After the final wave is dealt with, and you’ve rotated back around to the first part of the map, the Boss appears. It’s always accompanied by two gods (I’ve seen He Bo and a few others), and the boss has a few potential forms. I’ve seen the giant Anger Form and the giant Kaiji Turtle boss, both very powerful and no-nonsense. At least you can CC/knock-up/etc the gods that come with him, so do deal with those first. 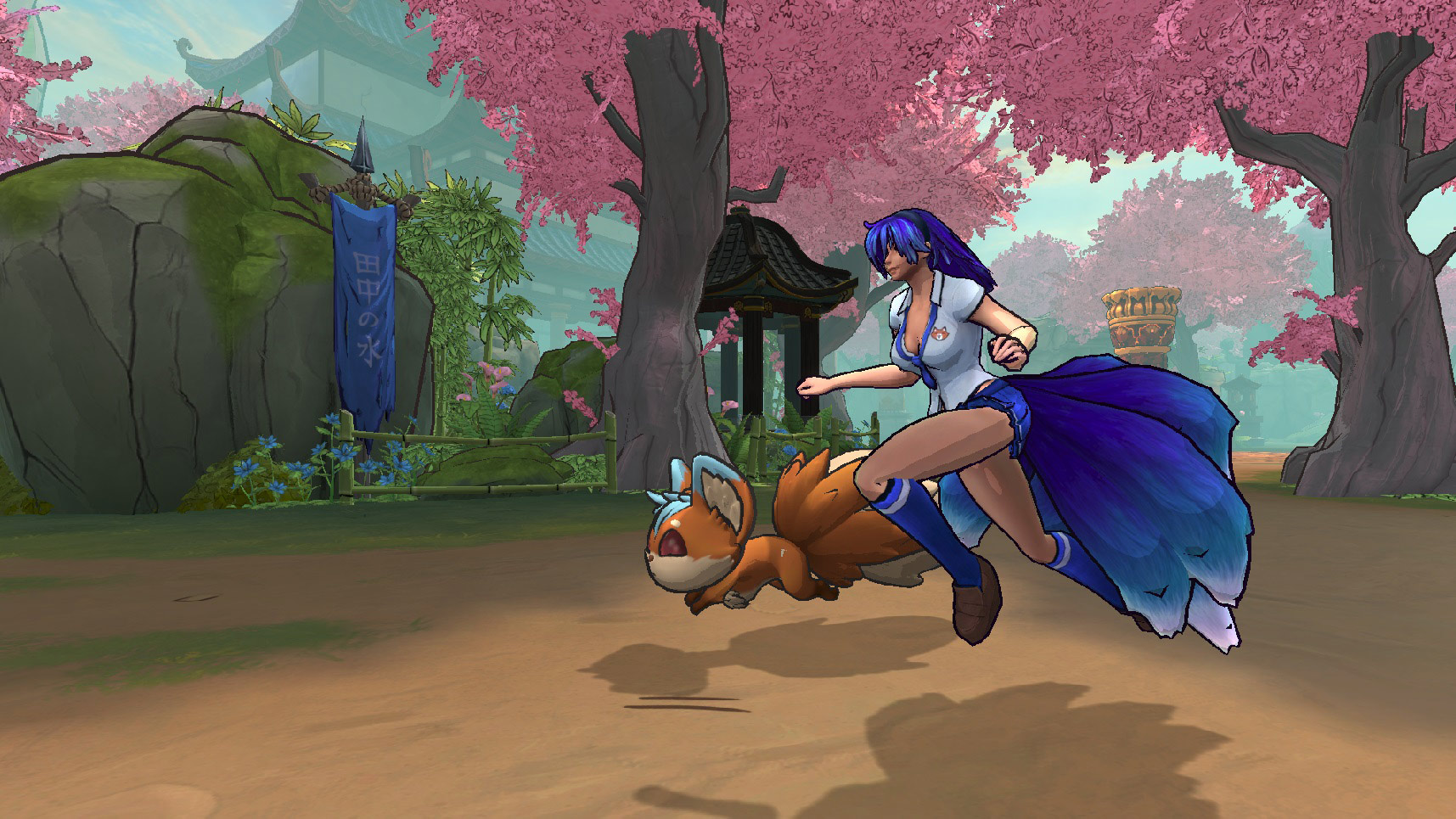 One of the beautiful things about this is the cell-shaded fanservice. I mean art.

Each archetype (guardian, assassin, hunter, etc) has an Aura they come equipped with, to give them buffs and make them useful, so every god has the potential to help out in this mode. Assassins have an AOE sort of splash damage, tanks are tankier, you get the idea. Not every god is great in this mode, mind. In fact, I’ve seen a few things that might be helpful in my runs of the mode. One of the riskier, but more enjoyable ways to play is Three Hunters. You get some hunters/mages with some baseline lifesteal and it’s a little easier. The downside is that the longer it goes on, the harder it will be because more enemies, more need of a tank. So I’d shift it to say two hunters/mages, and one guardian. And if someone has a pet, more’s the better. The makes Kuzenbo the go-to god in this mode, but I’m also very fond of Ganesha here. However, I think I stumbled upon the strongest team composition last night, after talking with our livestream while we were discussing it. Pet gods. Arachne, Kuzenbo, Skadi, anyone with a pet they can command or send out. Nu Wa is another stellar choice here. Their minions one shot most of the monsters, and if they stay out (like Kuzenbo/Arachne/Nu Wa do), they keep killing. I think those three make the most devastating team. The mode is not perfect, but it’s relaxed and fun (and has awesome rewards like skins for Rataoskr). So far every time I’ve won, it says I win, I lose, and I only get one star. I assume that’s something that will be hotfixed or perhaps already has been. But in my experience, that’s what I’ve seen in every victory screen. I also saw a simultaneous defeat screen. But I love this mode because you can log on, play once or twice, try some new stuff, and then go on to whatever else you had planned. I don’t feel like I have to play it non-stop to grind, which is a change of pace.