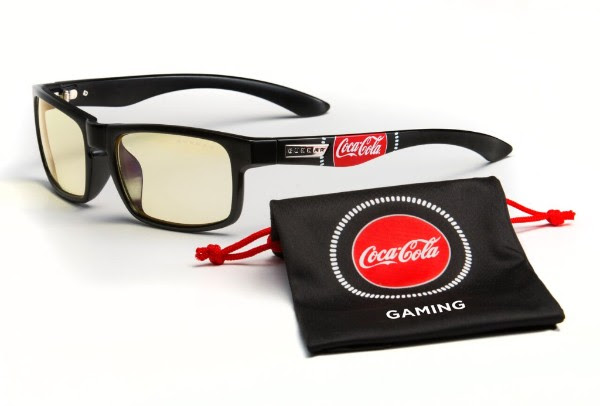 GUNNAR Optiks, developer of eyewear designed to protect and enhance vision during long-term gameplay/computer usage recently partnered with Coca-Cola Esports to create a series of limited edition Coke Esports-branded GUNNAR ENIGMA glasses. These went out to their influencers and friends of Coke Esports. Though it is an exclusive set of glasses that cannot be attained as of this writing unless you were sent a pair, the ENIGMA is still available for purchase on the GUNNAR website. We recently had a moment to sit down and chat with the GUNNAR president, Scott Sorensen about their product, and about the esports partnership and what it means to them/the future of esports. There will also be a GUNNAR glasses review coming in the near future, so stay tuned for that as well.

MMOHuts: Esports Professionals and even casual players need to be careful and safe when playing for long hours, and that’s where Gunnar comes in. But there are many people who have never heard of the product you provide. Do you think that this partnership with Coca-Cola Esports will help grow that awareness?

Scott: Yes, we do. Plus, partnering with Coke and their esports initiative is a lot of fun. We love partnerships and collaboratives like this because they help spread the word about our products and the benefits beyond our normal reach. And, as you said, we are still trying to get the word out to people about how we help with performance and overall body health. The hope is that by partnering with giant Coke Esports, we will be able to protect more eyes and prevent more health issues than ever before.

MMOHuts: Coca-Cola has been a growing name in the esports world, with their partnerships (HiRez Studios/Super Mega Evil Corp among others) to air their finest and most competitive matches around the world. Are there other companies you are considering partnering with to spread the word of Gunnar products outside of specific teams?

Scott: Absolutely. We already have solid partnerships with Razer the gaming peripheral company and with Publish a fast-growing streetwear brand that helps expand our reach in gaming and fashion respectively. We have just signed a partnership with UbiSoft and all of their game titles this year that we believe will be a great thing. Our first collaborative with UbiSoft will be coming out in April of this year. This is going to be a very exciting launch. We also have a few other big partnerships including a few in esports in discussion at the moment that will help spread the word as well. I can’t reveal what they are just yet but, I know everyone will be very stoked about them.

MMOHuts: The Coca-Cola branded Gunnars are really sharp looking! Though at this moment they are a limited-edition product for Influencers and people of that nature, are there any plans for giveaways/sales of them for consumers who might want to show their love of both Gunnars and Coke?

Scott: Right now Coke wanted these to be an exclusive thing that they would be able to provide. This was to make them very special and exclusive for friends and influencers of the brand to have. This is not to say that we have not discussed future plans to make them available to the public.

MMOHuts: Though Gunnars assist games of all styles in reducing eye strain, how about VR? Can the glasses be used comfortably while using something like the PS VR/Vive? If not, has Gunnar considered creating VR lens covers to reduce the strain from long-term Virtual Reality?

Scott: We get this question a lot. VR is awesome and we love it. Our glasses would not be used during VR because you generally don’t wear the VR headset for hours at a time. It also would adjust your viewing perspective while the headset was on.

MMOHuts: On that note, Gunnar does lead the way in visual technology, allowing even people with prescription glasses to utilize their product. How about contact lenses/lens covers? Is that a technology that you guys have considered or are considering?

Scott: We have been asked this many times as well. We have discussed this with a prominent contact lens developer but, it would be for people that already wear contacts. This would be a very tough sell to people who do not wear contacts and are not use to putting them in and taking them out. Also, a key ingredient in our lens tech is a close distance focusing power that removes the strain in the eye muscles. If a contact lens had this close distance focusing power, they would be dysfunctional when you walked away from your screen. Therefore need to be pulled out when not looking at your screen. That is just a tough ask.