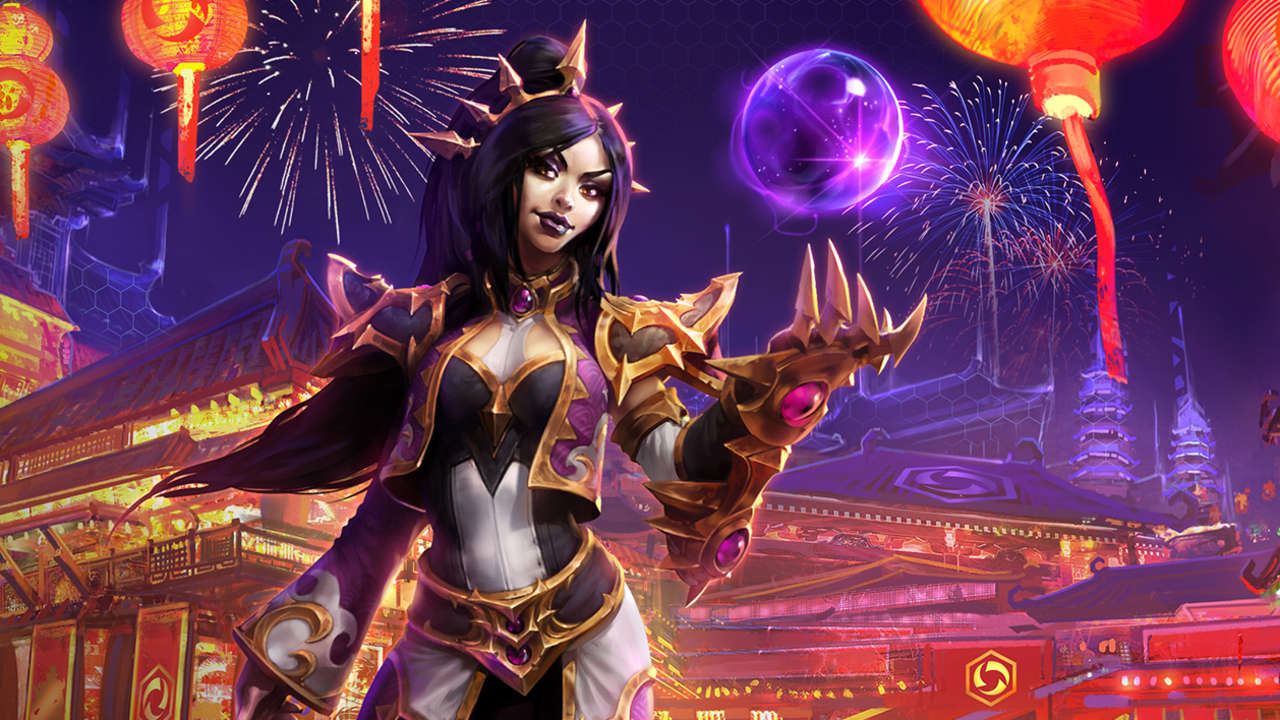 Li-Ming…Well, what can I say? This hero is in a league of her own in Heroes of the Storm. In the past few months we have gone over multiple hero releases including Cho’Gall, Lunara, and Greymane. These heroes have been relatively weak and did not see much success in competitive or ranked play. They were in need of buffs to bump up their win rate to around the desired 50%. This is not the case with Li-Ming, the Rebellious Wizard. She is already very strong and rather than requiring buffs, she seems to be in need of some rebalancing. Read on to learn more about this frighteningly strong hero (although you may not find her amazing when she is on the opposing team…).

Li-Ming is a ranged assassin from the Diablo universe. It’s generally agreed that wizards and magical mayhem are never far apart. She is entirely unapologetic for the destruction left in her wake and enjoys damaging enemies from afar and teleporting away from retaliation. Li-Ming wields the arcane forces of the universe with confidence and unmatched skill. I will not go into detail on her lore as it requires some background knowledge of the Diablo world, but if you are interested, you can check it out here.

Overview of Li-Ming and her skins

Her abilities allow her to deal massive damage from afar and reposition herself when required. It just seems unfair at times when you can fully utilize her full arsenal of abilities. Enemies’ HP bars just disappear into thin air; it’s not unusual to be wondering, “Wait… what happened?” Her first ability, Magic Missiles, fires three missiles toward an area, each dealing heavy damage to the first enemy hit. The missiles are fired individually at different angles which converge at the target location. This can make it tricky to land all missiles at first but once you get the hang of it, an enemy hit by all missiles will regret going up against you.

Arcane Orb, her second ability, fires an orb that grows and powers up as it travels. This orb deals heavy damage to the first enemy it hits, in an area as large as the orb. The further the orb travels, the larger it gets and more damage it deals. This ability is great to both clear creep waves and during team fights when enemies are clumped together. However, do not let this turn you away from using it on single targets, it does a great job of both setting up and securing kills.

Her third ability, Teleport, allows Li-Ming to instantly teleport a short distance. This ability is great to get yourself out of danger or reposition yourself in order to chase down and kill enemies. While the radius of this ability is quite small, its low cooldown allows you to use it to keep moving around. It should not be relied on as a ‘get out of jail free card’ but instead as something that should be used often to move yourself to the optimal position.

During the Lunar Festival, a monkey elder will sometimes spawn which rewards players that can stay close with gold.

As far as heroic abilities go, Li-Ming has the choice between Disintegrate and Wave of Force. Fans of the Diablo game series will love Disintegrate as it is often used and loved in Diablo III. This ability channels a powerful laser beam which follows your cursor and damages all enemies it intersects. This is my go-to ultimate as it feels to outclass Wave of Force on all accounts. Wave of Force knocks away all enemies from an area dealing heavy damage. It sounds great but you rarely find yourself in a situation where that ability will make the difference in winning or losing a team fight. It does give you the ability to rid yourself of danger, but if Teleport is used well along with good positioning, you should never really be in the midst of fights.

If these abilities on their own did not seem powerful, her passive, Critical Mass, pushes her over the edge. Whenever Li-Ming takes down an enemy, all of her abilities have their cool down reset. Yes, even her heroic abilities! This means that you can easily clean up an entire team if they do not take you out quickly. This is especially true if the enemy team are composed of mostly melee heroes or are just clumped up. The faster you click, the quicker teams will disintegrate.

In order to use these abilities to their fullest, I highly recommend the Ess of Johan and Mirrorball talents. With Ess of Johan, your Arcane Orb will pull enemies to the orb’s center when hit. This makes it very easy to fire an orb along with some magic missiles which will all hit your target. Mirrorball will increase the number of missiles from three to five, resulting in even more damage and sadder enemies. If you opt to get Seeker at level 7, then your magic missiles will deal even more damage. It’s crazy how much damage this hero can output…

Since you are already very fragile and will mostly be focusing on proper position to not get caught, I personally recommend going for all damage oriented talents to increase your damage output. However, Illusionist at level 13 is not a bad option at times as it lets you teleport further and even resets the ability’s cooldown when taking significant damage!

It is not surprising to see Li-Ming consistently getting banned during all competitive play and sometimes even outlawed in some settings by the tournament organizers. She is in need of some rebalancing to lower her to around the same level as other assassins we find in Heroes of the Storm. Currently she can deal too much damage too quickly without ever putting herself in much danger. All of her abilities cost very little mana, and coupled with her level one talent, Astral Presence, which increases mana regen, you will never find yourself short on mana. She can easily spam her spells constantly during fights and not have to worry about managing her mana pool.

I can understand why her mana costs were kept low as if they were too high, she could never make use of Critical Mass. It would suck if your abilities have their cooldowns reset but you are still unable to use them because of your mana pool. However, I do feel that either her mana costs or mana management has to be changed. Alternatively, her damage could also be lowered but I am hoping that she is not nerfed into the ground. She is a blast to play and I look forward to keep playing her in the future. It is never fun to play a hero that is crippling your team.

In conclusion, Li-Ming is a great hero to play, but she is need of rebalancing. While it is important for the player playing a hero to have fun, a hero pick should never turn off other players too much. As it is now, it is not very fun to play against a Li-Ming (and you will find her in every game…) due to her killing potential. There are definitely ways to play against Li-Ming but just one hero should not require the entire team composition to be changed to counter her. Tanky heroes, turrets, or summons are a good way to soak up Li-Ming’s abilities before they can reach your team. Since all of her abilities are skill shots, if they are intercepted by other heroes, your team’s squishy or damage dealing heroes can be kept out of harm’s way.

Aside from Li-Ming, this patch brought with it a lot of rebalancing that improved some much neglected heroes. I would not be surprised to see some of these rebalances be toned down in future patches as heroes such as Rehgar are too strong at the moment. I’m looking forward to the next hero and seeing what the minds at Blizzard come up with to rebalance some heroes that are too strong.