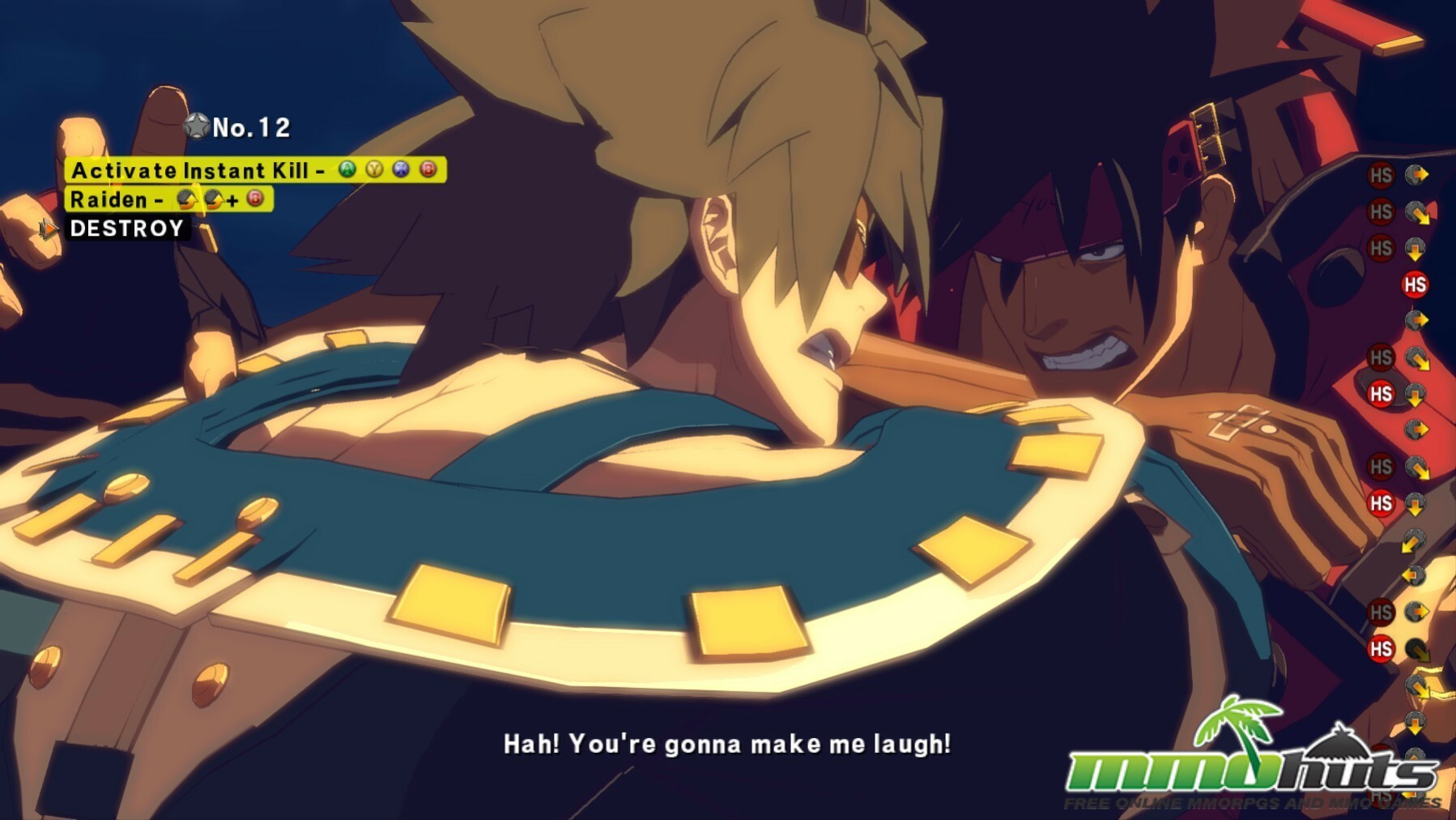 Recently, ArcSys released Guilty Gear XRD onto Steam; this is the current game in the franchise, with Guilty Gear XRD –REVELATOR- having as of present no release date scheduled for America that I’m aware of. It’s coming, but likely not until sometime next year. It’s been out in Arcades in Japan, but that’s not the point here. PC gamers who are involved in the fighting game community have Street Fighter IV, Mortal Kombat X and King of Fighters. There are other niche’ titles like Arcana Hearts and Skullgirls, but that’s not exactly an EVO title. Tekken 7’s not out for some time, and SF5 won’t be out for a few months yet. The Street Fighter V beta may be out on PC by the time this is published, and that’s going to shake things up for the good of all. But this is a very nice, clean port of GG XRD –SIGN-! It’s beautiful, and it’s as close to a perfect port as I’ve seen in a long time. While not a huge GG player, I do love the different anime-style gameplay (as compared to SF/MK/Tekken) and though the majority of FGC players play on consoles or the rare and majestic arcade, the PC leap is coming, and it’s big. 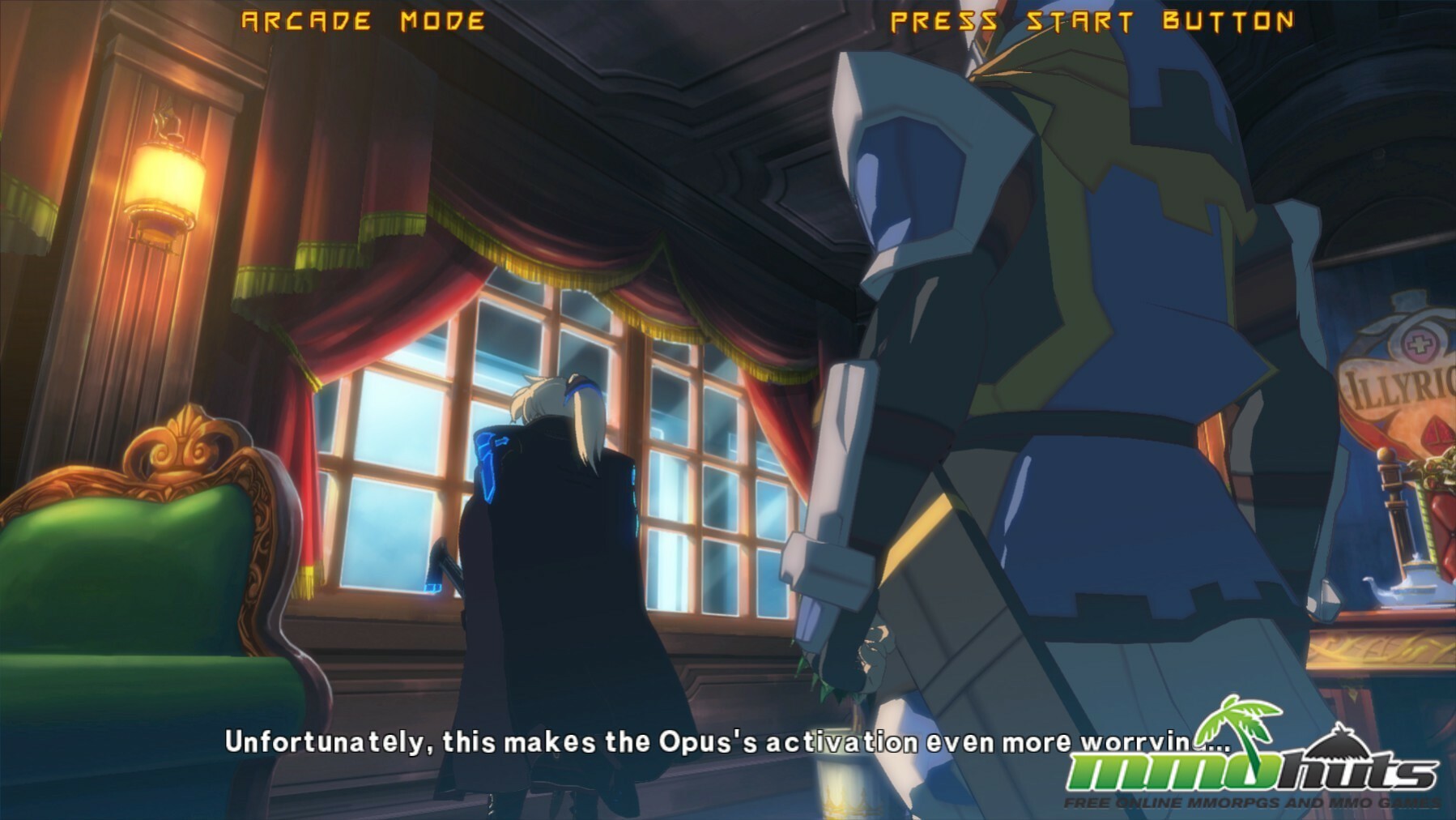 Everything about this game from cinematics to gameplay feels like a quality Anime in action.

But there aren’t many fighting game options for PC that are current and actively played in the community other than Ultra SF4 and Mortal Kombat, and I’m glad ArcSys is branching back into the PC market. Sure, they release Blazblue titles on Steam; a year or two after nobody plays them anymore! The Arcade Port of CS1 [Continuum Shift] was ripped right out of an arcade cabinet and distributed across the internet. The Arcade port was on so many computers, it likely led to ArcSys being mistrustful of the power and reach the PC fighting game community had. Most of Steam’s fighting games in general were old/classic games, like the earlier KoF games. If this sells well, it could really change the fighting game scene on PC, where maybe we’ll see the next Blazblue and Guilty Gear on PC to go along with Street Fighter V! That’s an exciting thought to me; I may be the Head Console Peasant but I do love my PC. 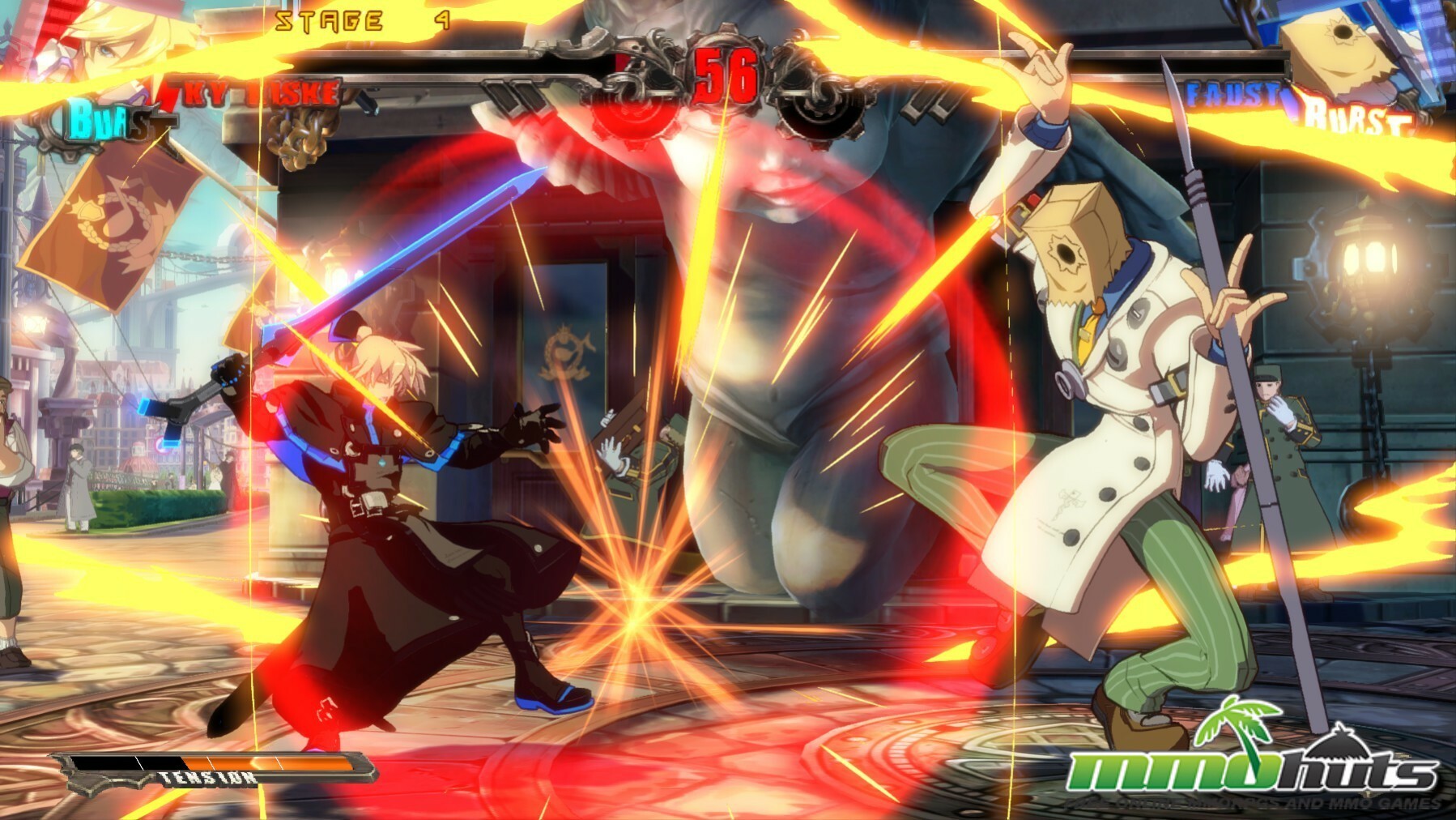 You'll rarely get to enjoy it while playing, but the game is phenomenal to watch.

Guilty Gear is a part of the “Anime” fighting game style. We have the 3D games like Tekken, Virtua Fighter, Soul Calibur, the 2D almost Western style, with Street Fighter, Mortal Kombat, games of their ilk. Then there are the anime fighting games. King of Fighters, Blazblue, Melty Blood, Guilty Gear; these are way different from their compatriots. There’s more…personality. I’m not saying that the anime fighting games are a superior breed, because personally I prefer Street Fighter, but there is a lot of very important things going on right now with Guilty Gear. They’re doing something special that no other game has done in recent memory. Guilty Gear XRD TEACHES people how to play the game! Sure, a few other games have tutorials, where they might show you how to do special moves, but Guilty Gear’s Tutorial is so freakin’ important. From the ground up, walking, to chaining moves together for combos, it covers everything. 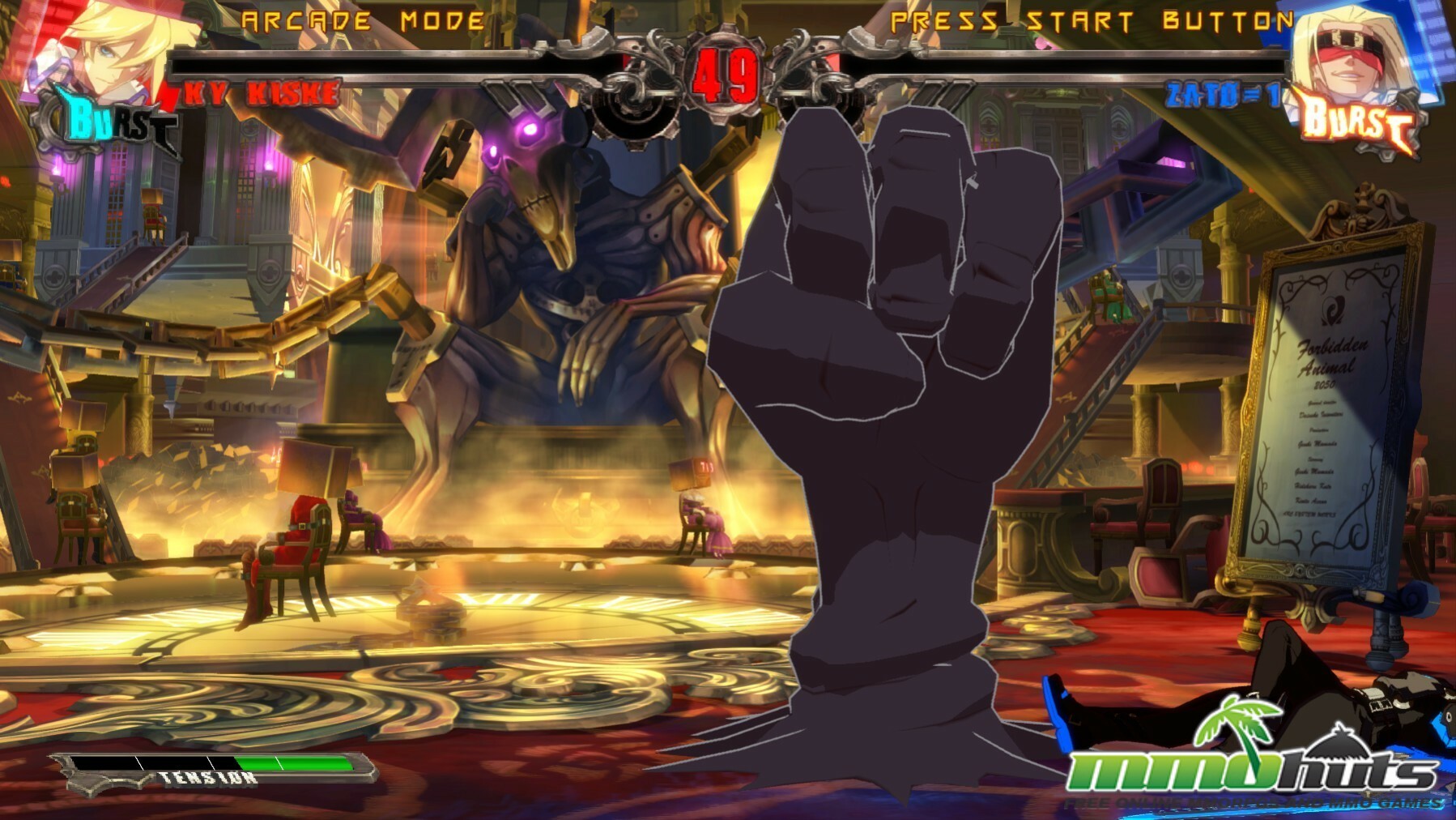 Attention to detail is everything.

Literally everything! It teaches you how to do Option Selects, and uses one that’s relevant and useful, instead of obscure and cool looking. Option Selects are when you input a combination of buttons and the game will register a different action dependent on what the other player is doing. The one they use is a kick and a throw. If you are in range for the kick, your character will kick; otherwise he’ll attempt to throw. Guilty Gear helps you become a better GG player, as well as a better fighting game player just in general. It teaches the technical mechanics from offense to defense; Instant Blocking, Fuzzy Jumping, Counter Hits, Clashes! It doesn’t just throw you into a mode where it says “Do the combo!” It shows you how to do it and why. How to properly anti-air and every other technical option you might need to survive a real tournament someday. ArcSys is helping the community in a smart way. There’s also the Challenge Mode that has combos to learn, but they aren’t optimal. They’re to feel out how a character plays, as well as to practice execution, to get your timing on point for when you are working on actual gameplay. Skullgirls is the only other fighting game on the market pushing anything remotely close to this, and Guilty Gear just upped the quality bar. 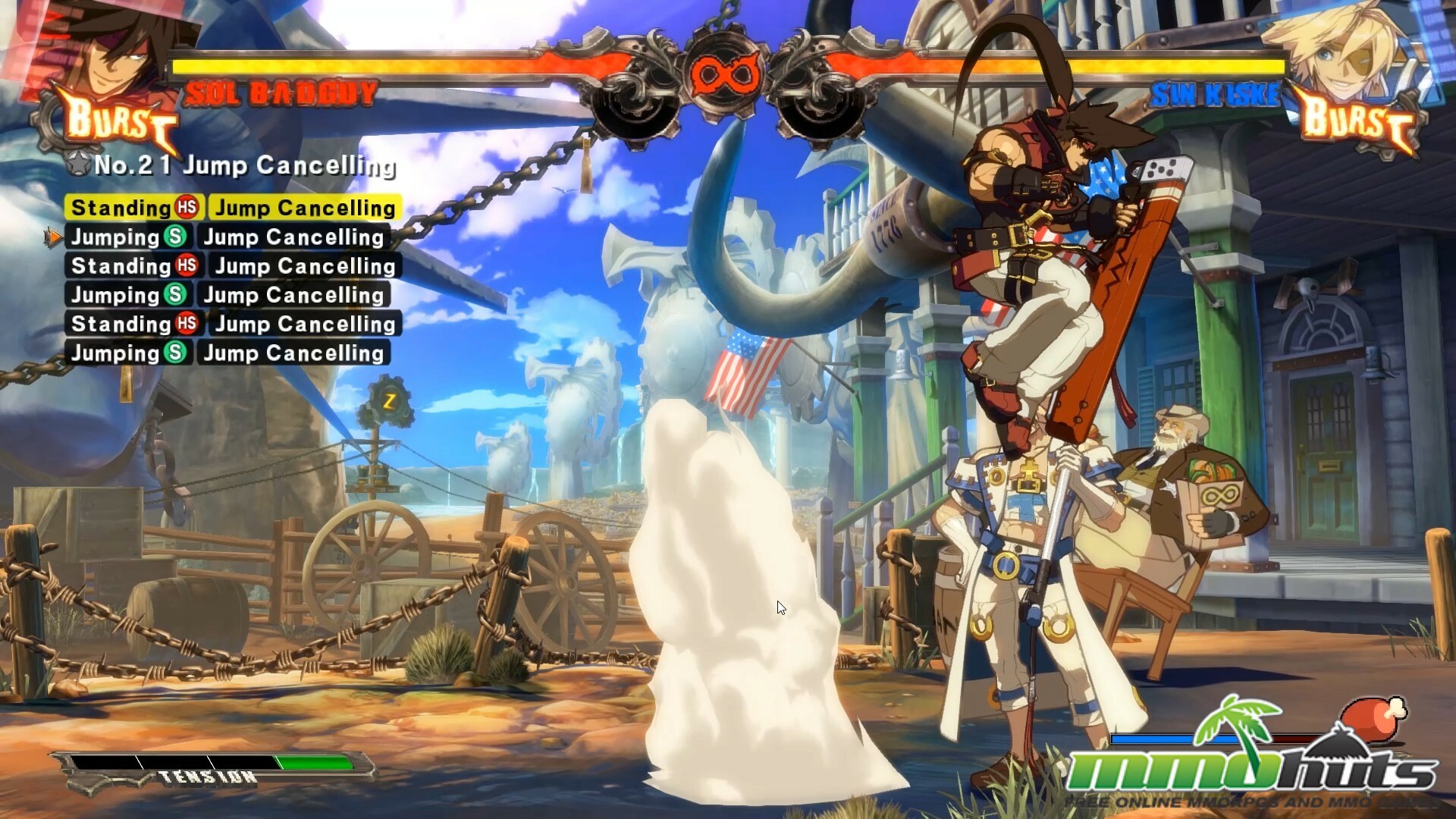 Guilty Gear is good for the fighting game community at large. There’s such a humongous, almost impossible gap between pro players and the casual community; these improved tutorials are not going to make scrubs good overnight, but it’s going to go a very long way into helping PC players new to fighting games to get a leg up, while showing fighting veterans the key differences GG brings to the genre. I’ve always kind of shied away from the franchise because the combo strings they offer up are pretty damn ludicrous, and they are kind of daunting (unless it’s Slayer and his four hit combo of death).

The notion that PC gamers want to play current fighting games is not ridiculous, and the success of GG XRD will definitely help pave the path that Capcom will try to pave with Street Fighter V and its cross compatibility with console. This is certainly one port I’m glad to have access to, that is until we shoot the Bottom Tier video where Takanub/Kyle bodies us both for a half hour. That. . . I’m a bit less excited for. 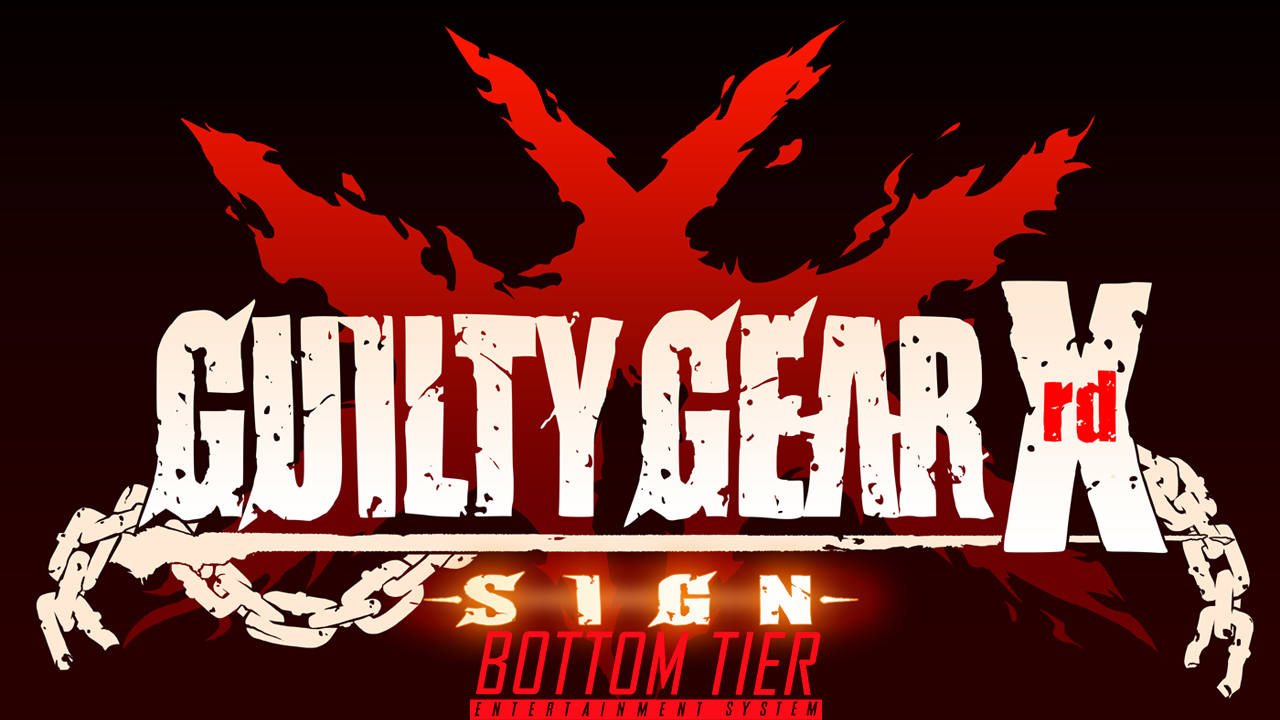