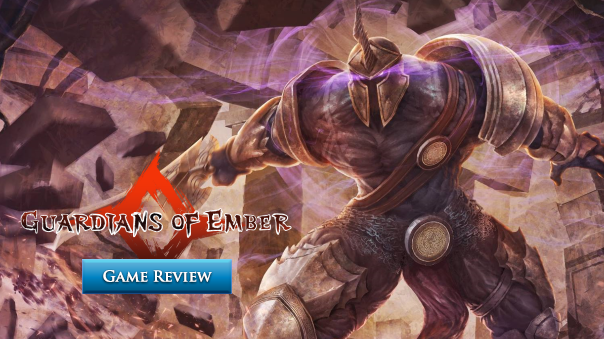 Earlier this year when Guardians of Ember went into early access, I jumped into the game in the hopes to find something new and fresh that would make me enjoy hack and slash games more. Even though it is somewhat of a niche genre, there has only been one game in recent years that has been successful at this, and Guardians of Ember looked like it would bring back that oldschool ARPG style. But early access didn’t give me the excitement I had hoped for. With the return of a Player versus Player mode and a Horde Battle mode, I really had to give the game another peek.

I wouldn’t say I was disappointed when I first tried Guardians of Ember. The game definitely had some interesting features, and the simple (yet enjoyable) gameplay from hack and slash RPGs, but the game felt both lacking in depth and actual meaning. A hack and slash game especially should give you some purpose behind your actions, something meaningful to play for. Even though usually the equipment is the main reasons to keep on playing, you can only have so much fun hunting gear before you start to wonder whether there is more to the game. Path of Exile does this extremely well, and is the one game in recent years that has continuously kept pulling me back in for a few months at a time. Character progression is very essential, and gives actual purpose to reach the ‘end zone’. 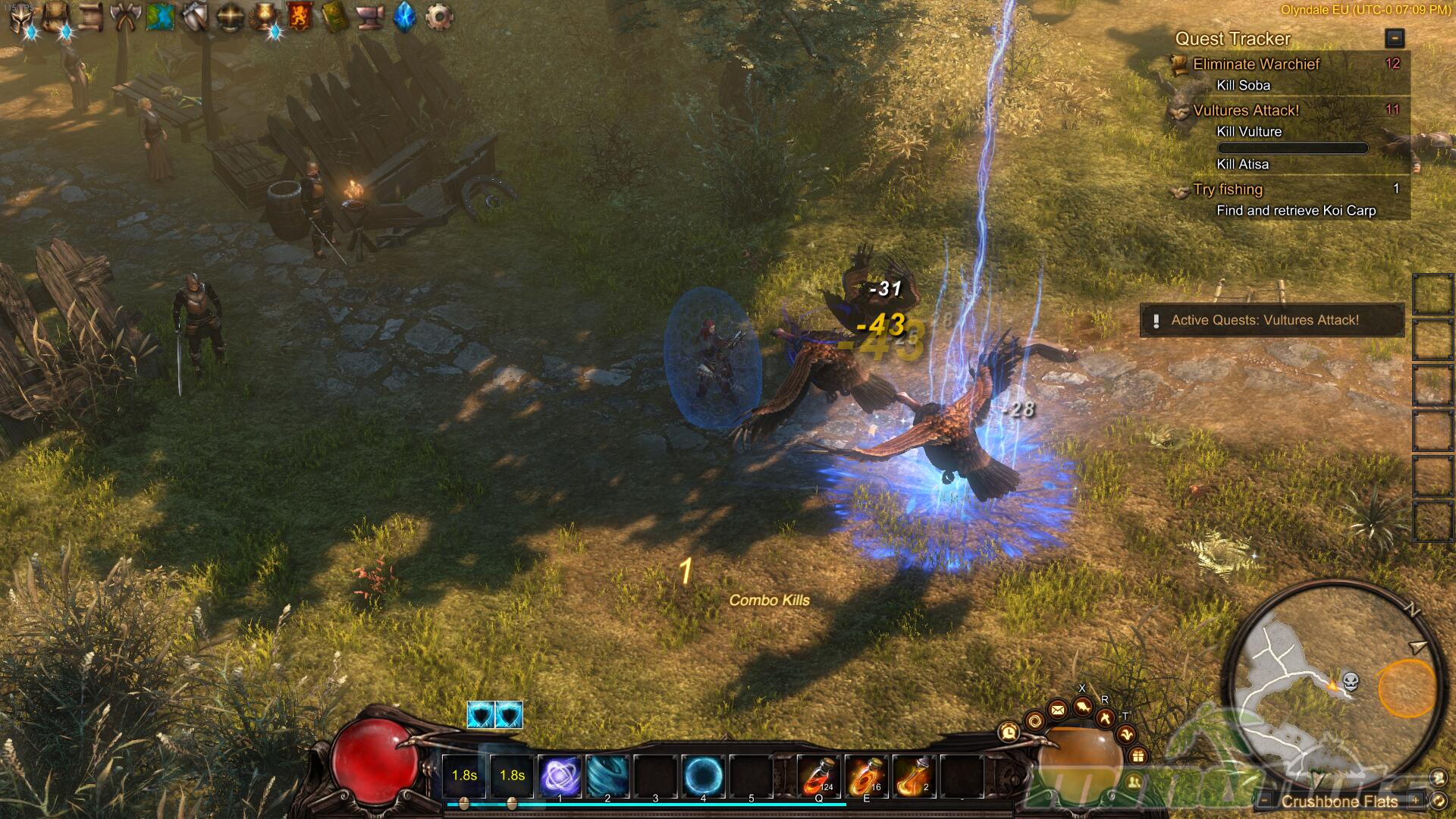 Guardians of Ember is slower paced than what you might be used to in most RPGs. Normally when you play a RPG, gaining levels goes quick, and before you know it you are already nearing the end game and then there is little to work for. But the grind in Guardians of Ember only gets harder and dreadful. A slow pace and progressive scaling is what you will mostly find in your adventure; from the moment you begin to play, your character progression is slow. Levels do not fly by in just a matter of hours, and the game tries to put its focus on making the play-through a very rich experience where you will do a wide variety of things, rather than just questing and running from area to area. The whole progression makes it feel somewhat more of a single player game, with the option of doing grouped things.

Your character is the most central thing in the game, which you will steer it into the direction that you see fit. Every character is able to select between its own set of skills, but since you cannot get all of the available skills, planning your own unique build is where it gets challenging. Even as hack and slash veteran myself, I wasn’t quite sure on how to approach this game. Guardians of Ember is what you could see as a hybrid hack and slash game, one where you will roam on the same map as everyone else, do the same quests in sequence like everyone else, but still have to proceed the story through means that could be done all alone, or with a group of other players. The game feels more classic RPG oriented than an actual hack and slash. In the early levels switching between skills can still be freely done, and play style differs a lot when picking your ‘starter’ skills even early on. I switched about five times before I settled with what I thought would be the best balance for both PvE and PvP oriented gameplay. Since leveling is very slow, you have plenty of time to switch things around and see how your character and class plays with a different set of skills. 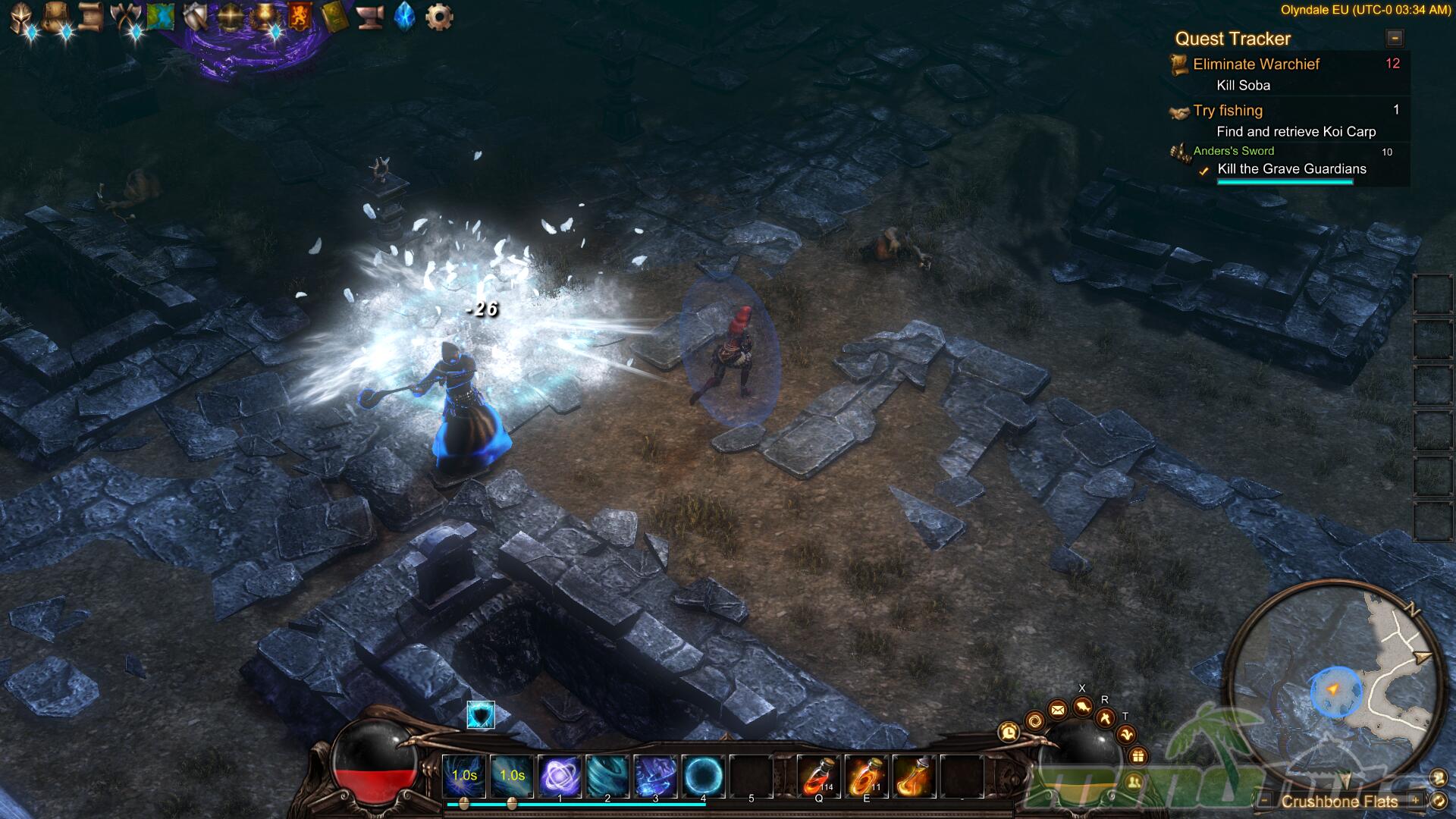 When you get to level fifteen, and you are tens of hours into Guardians of Ember (remember when I said slow?), you get to pick a second class and combine a lot of skills together to make your character even more unique. While Guardians of Ember definitely does the player progression extremely well compared to oldschool standards, I did get up to a point wondering if this was “it”. The game throws quest after quest in your path, with the occasional dungeon that you will have to clear to finish an objective or progress the story. While this can be expected in a hack and slash RPG, the game definitely felt quite repetitive after a while, and thus I tried to spice things up with the new game modes.

The player versus player was my first set goal, cause who doesn’t like a fun old game of player killing in a MMORPG? Well unfortunately this seemed harder to do than what you would think. As of right now the game is separated into two different servers, one for the Europeans and another for the United States/North America. This shouldn’t necessarily be an issue, except the game in its current state has a lack of active players. If you’re lucky there should be about a few hundred players playing during its peak hours, but since this a global number, you can expect actual server population to be split in two, making it very time consuming to get into a game of PVP or Horde Mode. 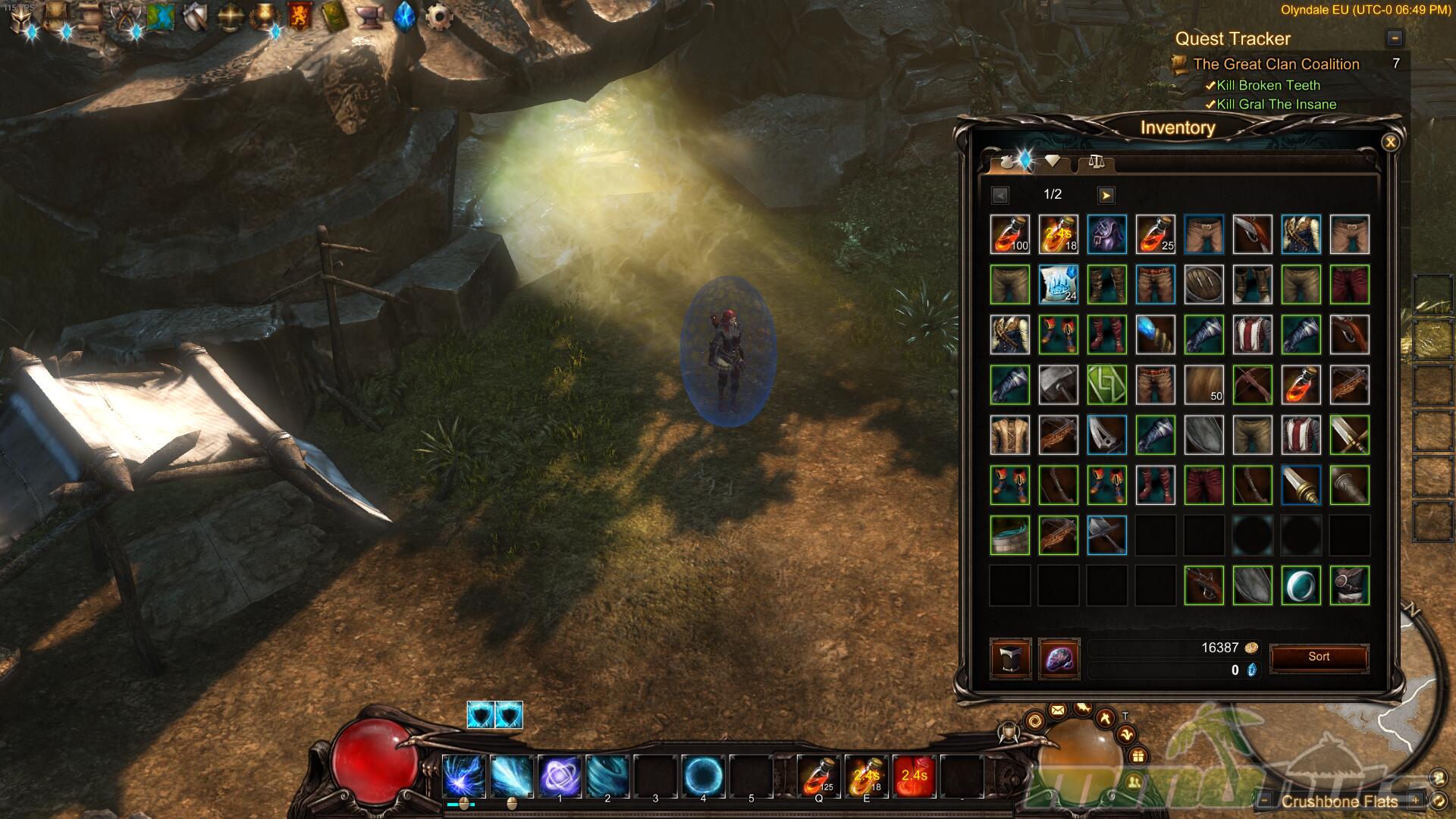 This gets me to the main issue I have with the game. In its current state, the game definitely isn’t bad, with a lot of features that interests a lot of hack&slash and RPG fans. But it does feel like it’s living in the shadows of a ton of other games that, when compared, feel like they give you more bang for your buck versus Guardians of Ember. As of right now the game is $15 (or Euro), combined with a cash shop for extra items that enhance the gameplay. It feels like a very risky purchase to just dive into, especially when the progression is slow and you can barely get a sense from a few hours of playing how the actual game is in its later stages. People who have bought the game are already worrying about what will happen when the game is a few years older, and the popularity hasn’t increased. After all, the game is played online, even though it tries to be this hybrid compared to other hack and slash games that mostly have an offline option.

Guardians of Ember is a promising game that definitely sparked my interest. But the game does give me its worries, especially because of its pace and current state of the game. As of right now I don’t know for sure if this is a game worth checking out. While it definitely is fine, and I can definitely see having its own tight community in the future, it does feel uncertain to me what the future might bring. The progression definitely shows promise in terms of features, but not only does it take a very long time to fully enjoy and complete the game, but the current popularity also hinders the fun by limiting access to multiplayer modes. For the game’s price, plus the addition of the cash shop, I think the game is hindered from having its player numbers increase.