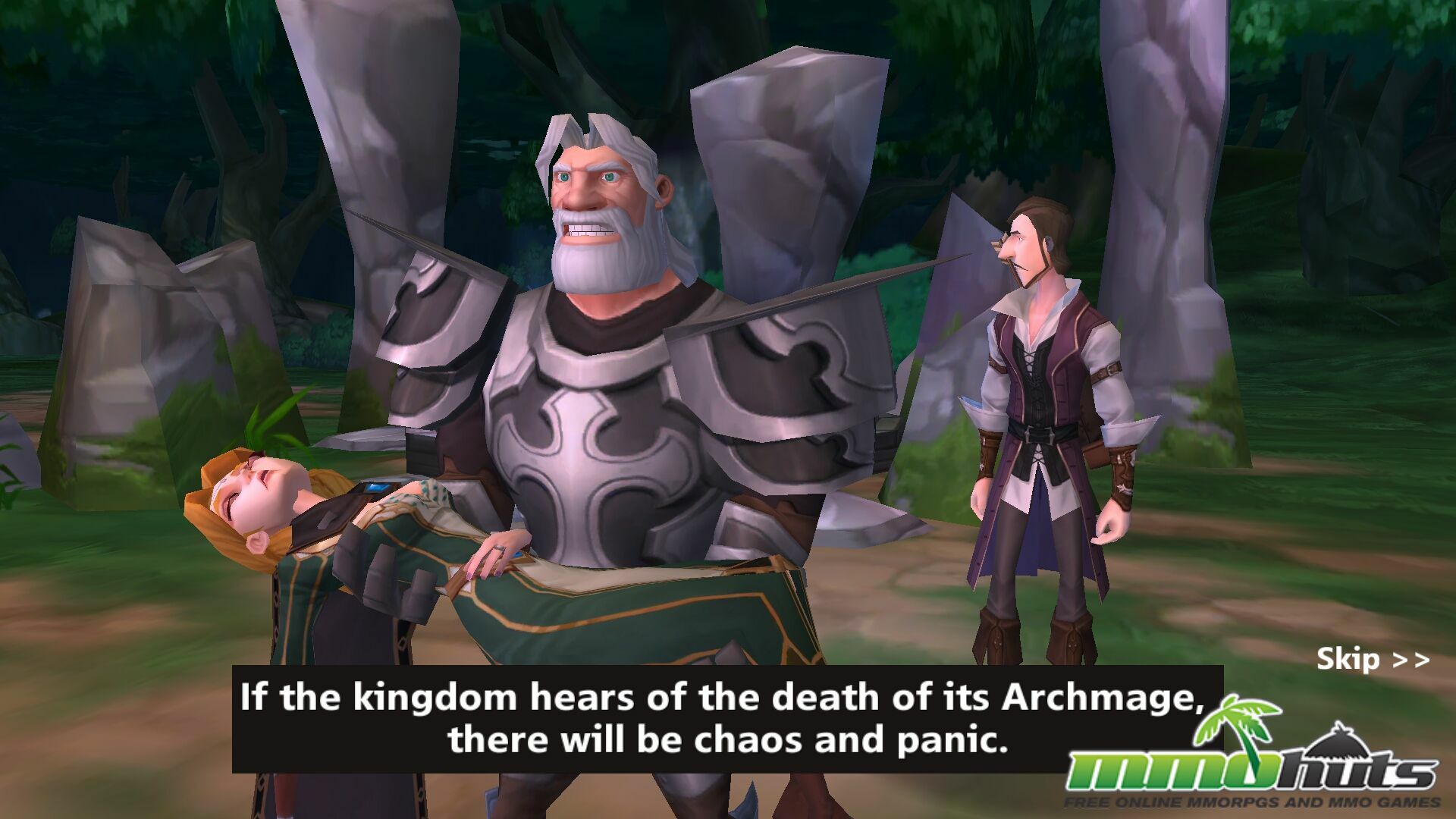 Guardian Stone: Second War is a strategy game for the android and iOS by NHN Entertainment Corp. You are put in the shoes of one of the “successors” of the heroes of a previous war against the Dragon Deathlord and his army. As the next generation of heroes, you inherited the power of the guardians, beings of power that provides you with abilities and bonuses in battle.

But everything’s not alright in the current world as people who have the “gift” are looked at as heretics due to the deceitful actions of their predecessors. Your public appearance matters little though as the Dragon Deathlord’s return is imminent, and your skill at using your guardian is all that stands in the way of his army’s complete victory. 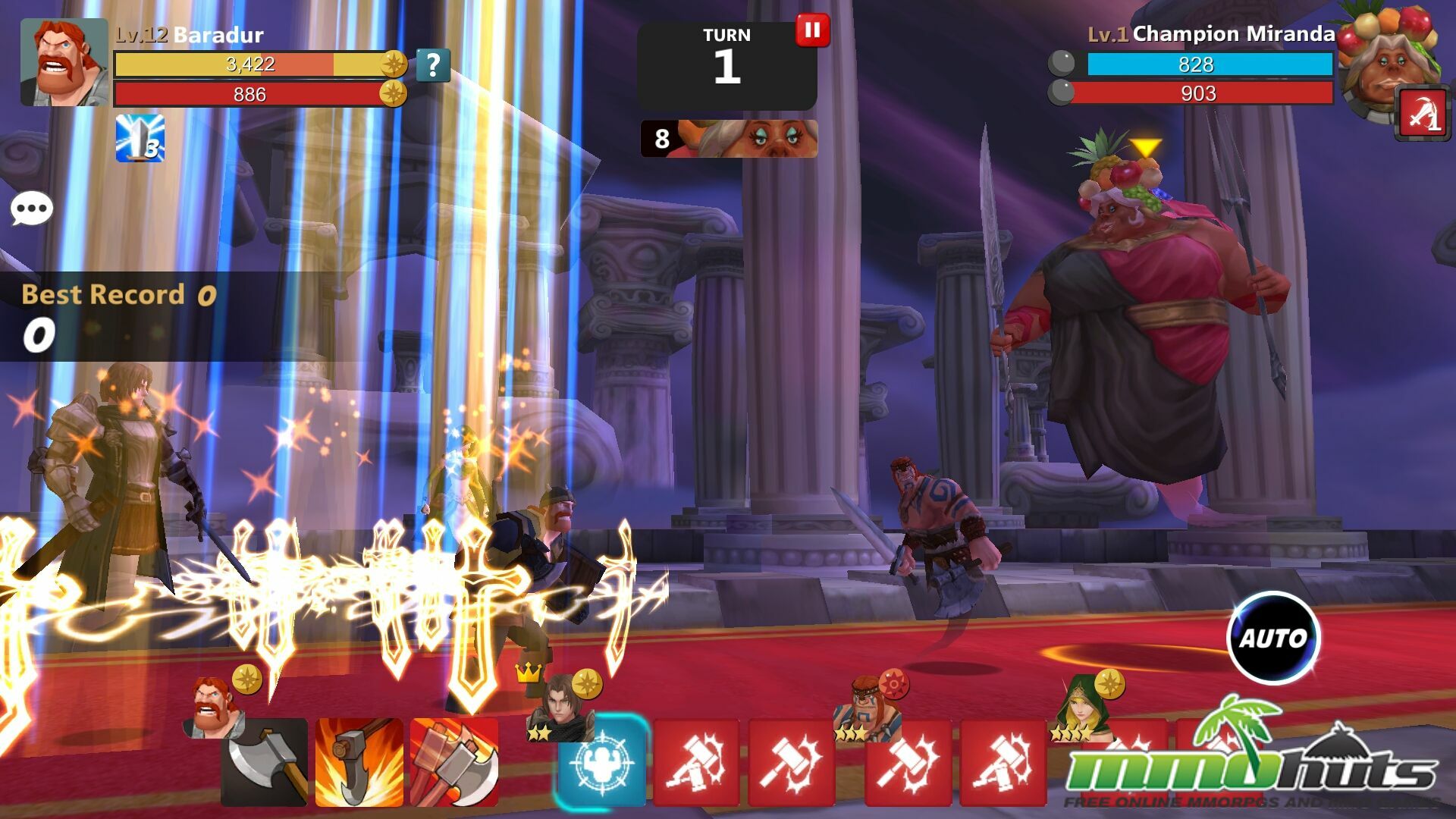 The visuals and perspective may be different, but gameplay follows Summoners War.

Guardian Stone’s gameplay focuses on and around unit collection and development. As the current user of the guardians you set yourself apart from typical humans with powerful abilities and protections. Battles are mostly instanced encounters using your three equipped guardians in turn-based, initiative controlled encounters. Each equipped guardian is given a set of active or passive skills that you can use alongside the active skills your chosen hero has.

Gameplay consists of circling through game modes where you can evolve, enhance or strengthen your hero and guardians.

Your Guardians and You

As part of the successors of the first war, your character will be based on one of the three character types that you will see in the intro. Either go for the strapping warrior class, the nimble and accurate, archer class, or the arcane, mage class. You aren’t given any customization options for the classes so you are basically locked into your choice for life (or until you create a new account). But at least the game throws you a bone in the looks department to keep your class interesting, as you can see the equipped armor and weapons your hero has. This is a feature pretty much unheard of in mobile titles. 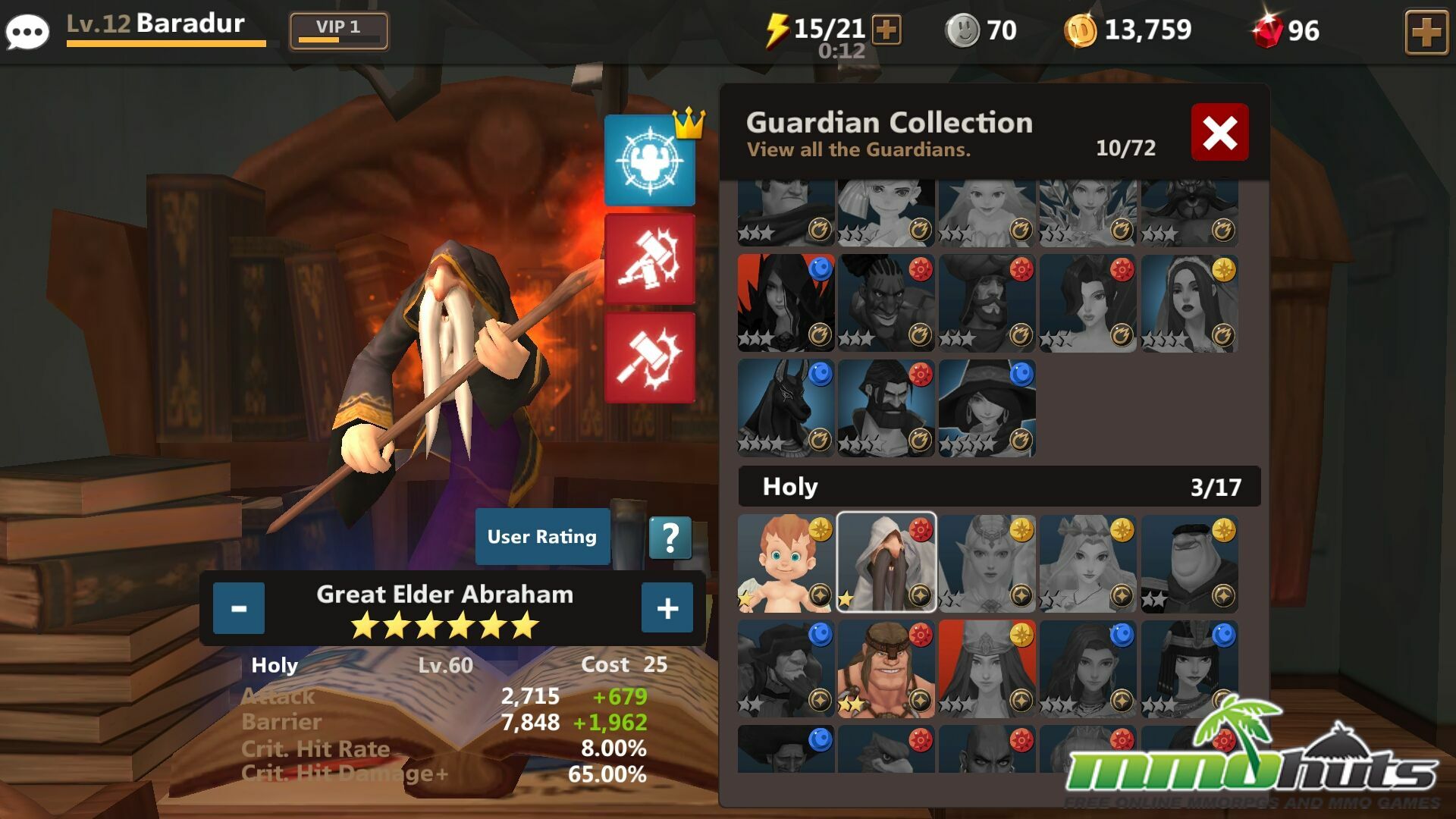 Guardians are fully 3D animated, with quite a bit of diversity now that the game is a bit past launch.

You can enhance your character’s abilities and skills by getting equipment and weapons through monster drops or rewards. In combat, you will get enhanced guardian-type reliant “barriers” that will protect your HP from straight attacks from opponents.

Guardians on the other hand are segregated into three types with each type stronger and weaker against another in a rock-paper-scissor system. Solar, Lunar, and Stellar make up the three guardian types. The game in fact puts tremendous emphasis on your character and their guardian’s synchronization. Your three equipped guardians will determine the type of barrier your character will have along with the damage type you will dish out.

As I’ve already mentioned. Guardian Stone allows your guardians to be enhanced, evolved and strengthen in a lot of ways typical of the fantasy mobile genre. However, what sets Guardian Stone apart is the addition of an automated guardian training system exclusively for Guardian Stone.

The system works similar to how you can send your monsters in Monster Rancher on expeditions to level up. That’s also how it works in Guardian Stone. You can send your guardians on expeditions and leave them there for a certain duration. If you get lucky, they will bring loot back in addition to experience points. Also there are instances where you can assign more than one guardian on an expedition, thus allowing you to really upgrade your other units as you spend more serious time with your main lineup.

Guardian Stone’s battle system works just like your old school rpgs. You will be battling in turn-based battles where you get to choose from nine abilities. Six will be from your chosen three guardians while the remaining three are from your hero. 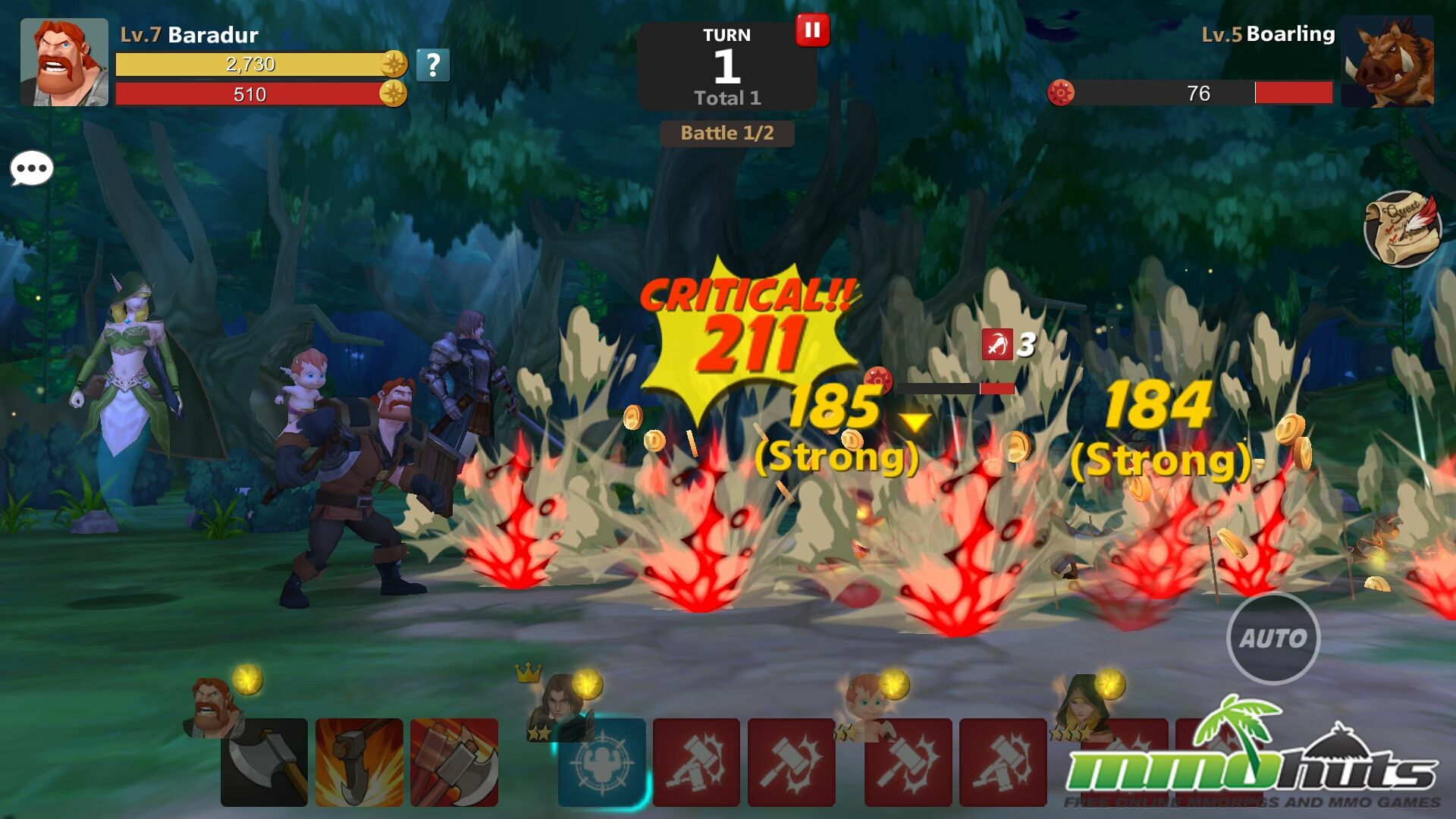 Battles are all about hero guardian synergy, though you can mostly wing it in PvE.

The typical battle scenario consists of two waves set up as 3v3 battles. Each guardian equipped will provide you with their type of barrier as well as their offensive abilities. You have control over both targeting and barrier placement, which is reliant on your guardian placement.

Single player PvE battles are energy based encounters that follows your character’s plotline. It seems that most of these battles are easy even in the later stages and are to be taken as a means to level up your lineup and unlock game features. You are also somewhat introduced to the world you are living in as you get to interact with NPCs who will not just provide you with quests, but a bit of narrative to build out a better backstory.

Other battles in game are now concentrated on PvP, dungeon runs, and the occasional event monsters that NHN throws at you.

You’ll be spending most of your mid-late game playtime on dungeon runs as you gather runes, essence, and guardian fodder for upgrading your current main lineup. You’ll need this to stay competitive as you ram your head against other players to rise to glory in PvP. 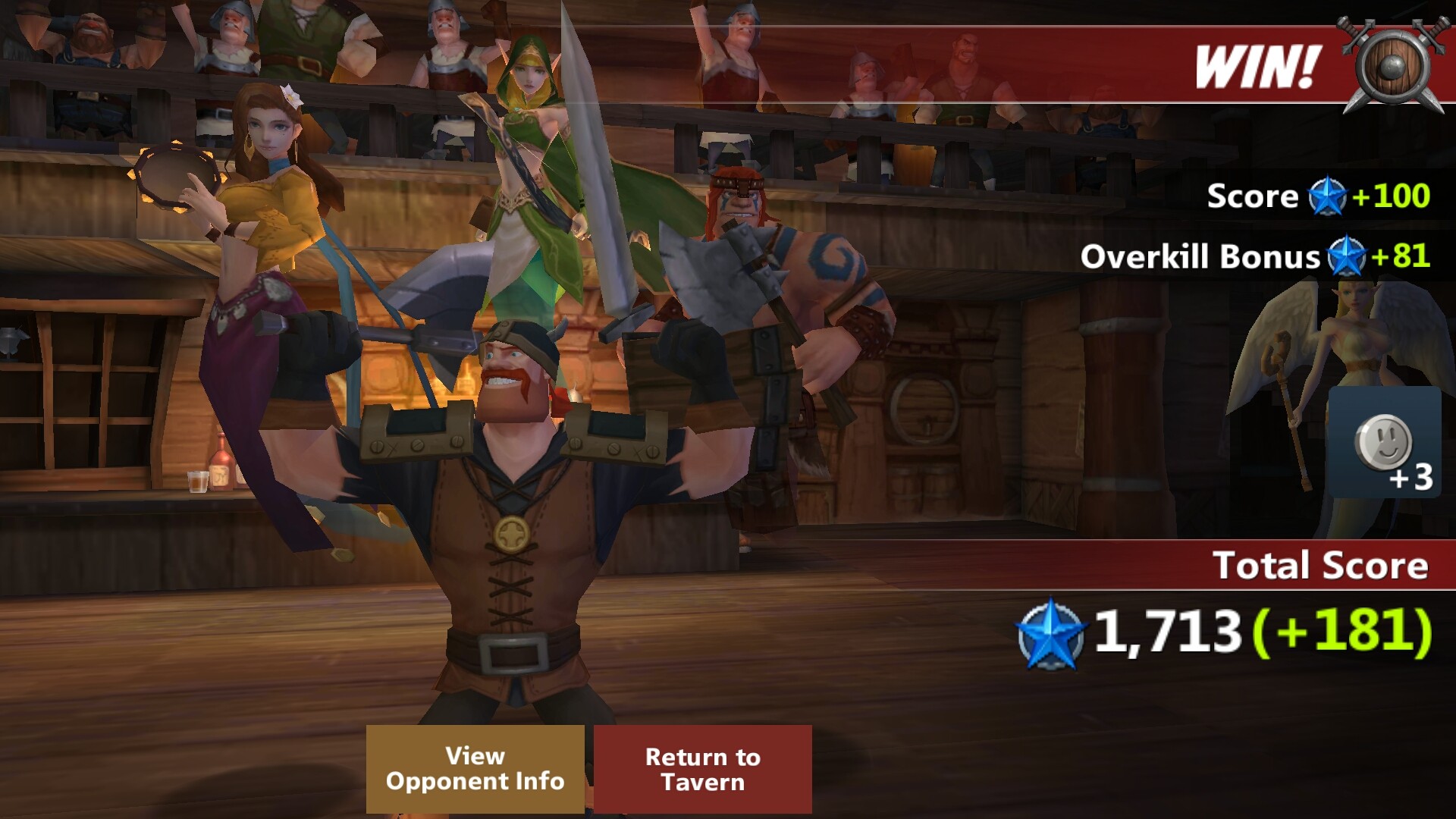 I must say that I am impressed with Guardian Stone: Second War. Not only did a game, for a first time in a really long while, deliver such an engaging intro, but it maintained a real bleak setting (for the heroes at least) without making the game look and feel bleak. In fact, NHN really did solid work with the game’s aesthetics. The voice acting is a bit off, but overall the feel is one-of-a-kind.

The gameplay itself is pretty easy to get into and contains a lot of familiar vibes, especially from Summoners War. If you got hooked with Com2uS’ monster collecting offer, I’m definitely sure you’ll enjoy this one. As for those who aren’t and are on the fence about trying Guardian Stone, I don’t have the exact words to convince you to try. It’s really one of those games you stumble upon while bored on a Saturday afternoon, only to find yourself losing yourself to it until the sun sets.

Guardian Stone: Second War is an easy to jump into game that hides an expansive experience within its cute exterior. It’s a diamond in a rough in an ocean of crappy titles.