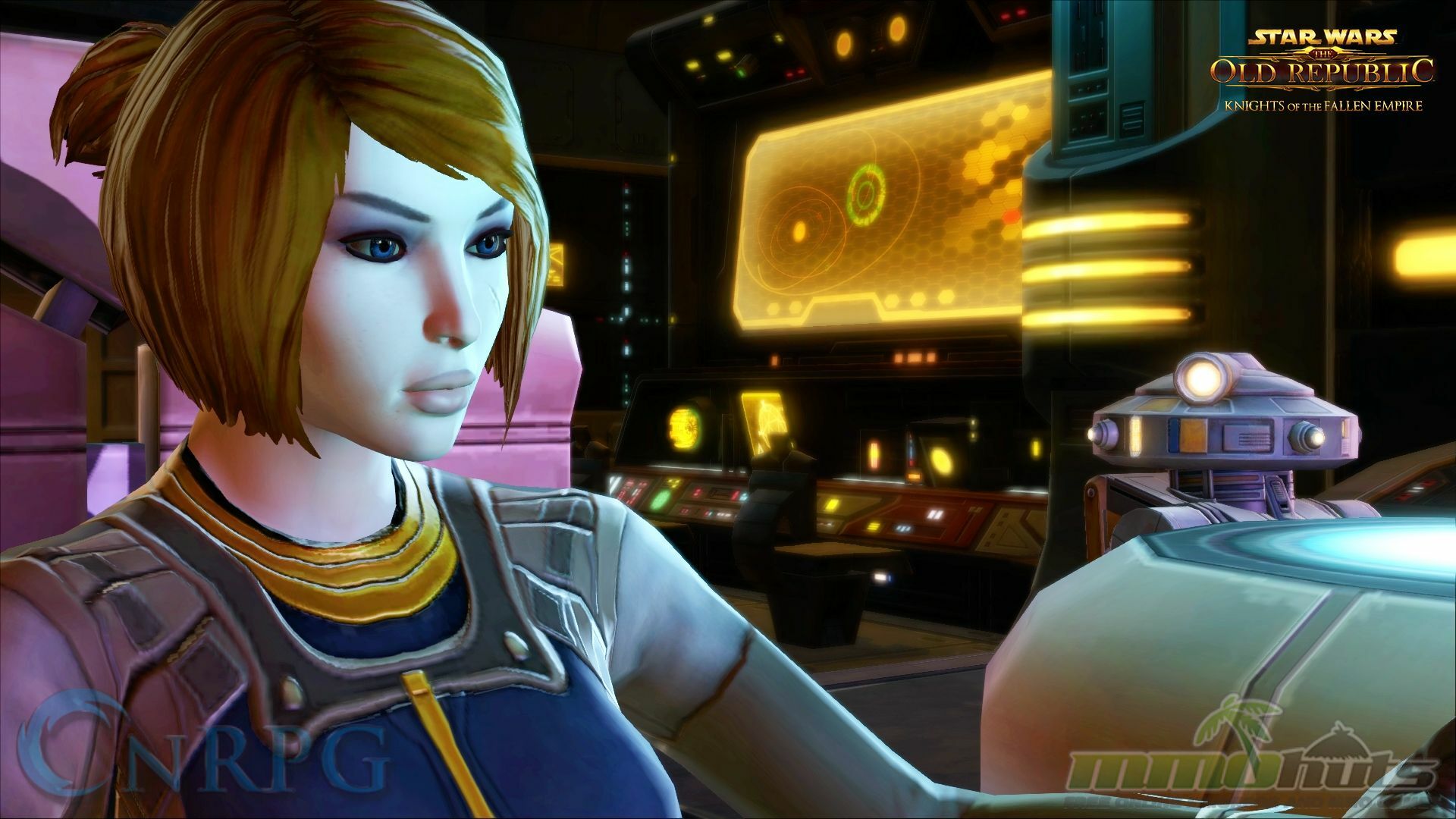 She looks ready for more SWTOR - are you?

San Francisco, CA – Another day of the endless California drought trudges onward, but thankfully, EA and Bioware kindly offered cool harbor within the W Hotel to show off some of the upcoming expansion for Star Wars: The Old Republic, Knights of the Fallen Empire.

Fans of SWTOR will be delighted to know that Knights of the Fallen Empire is part of Bioware’s much touted return to story telling form. Feedback from the previous expansion, Shadow of Revan, was heard loud and clear: More personal story development. Well fans, you’ll get what you want: Knights of the Fallen Empire will feature nine highly focused personal story chapters on release and then, starting in January, additional monthly chapters will be released. For SWTOR subscribers this expansion is free, and everyone will be able to jump into it with a new or existing level 60 character. 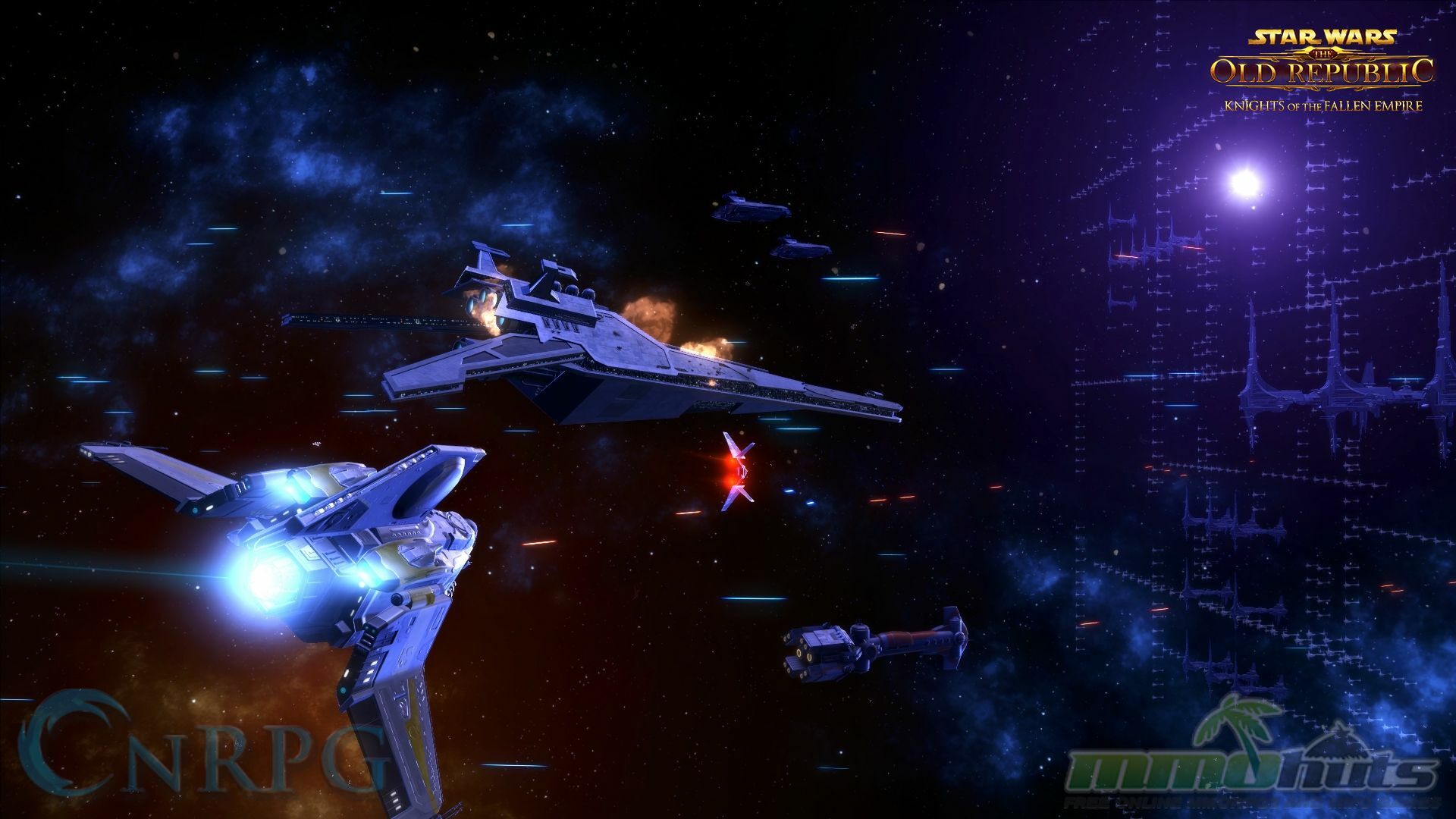 Speaking frankly, those are some bad odds.

My hands-on time with Knights of the Fallen Empire began at the usual place: A character creation screen. I created a female Sith with the full intention of being as snarky as possible throughout the dialogue trees, and then watched the opening ‘Sacrifice’ cinematic (if you haven’t seen it already, it’s quite good). Shortly thereafter I was deciding who to help, making snide remarks at all parties, re-learning skills, and fighting small squads of boarding parties. If you start the expansion with a new character – like I did – there is a pseudo tutorial that grants you three to five of your skills after a set number of enemy encounters. This will probably be a great refresher for players who haven’t touched the game in a while. The quick and dicey choices I made while running around a burning mess of a ship felt like they had an immediate effect on which in-game cutscenes were played next. Only one dialogue tree in first chapter stood out as particularly important– but hey, it’s chapter one. 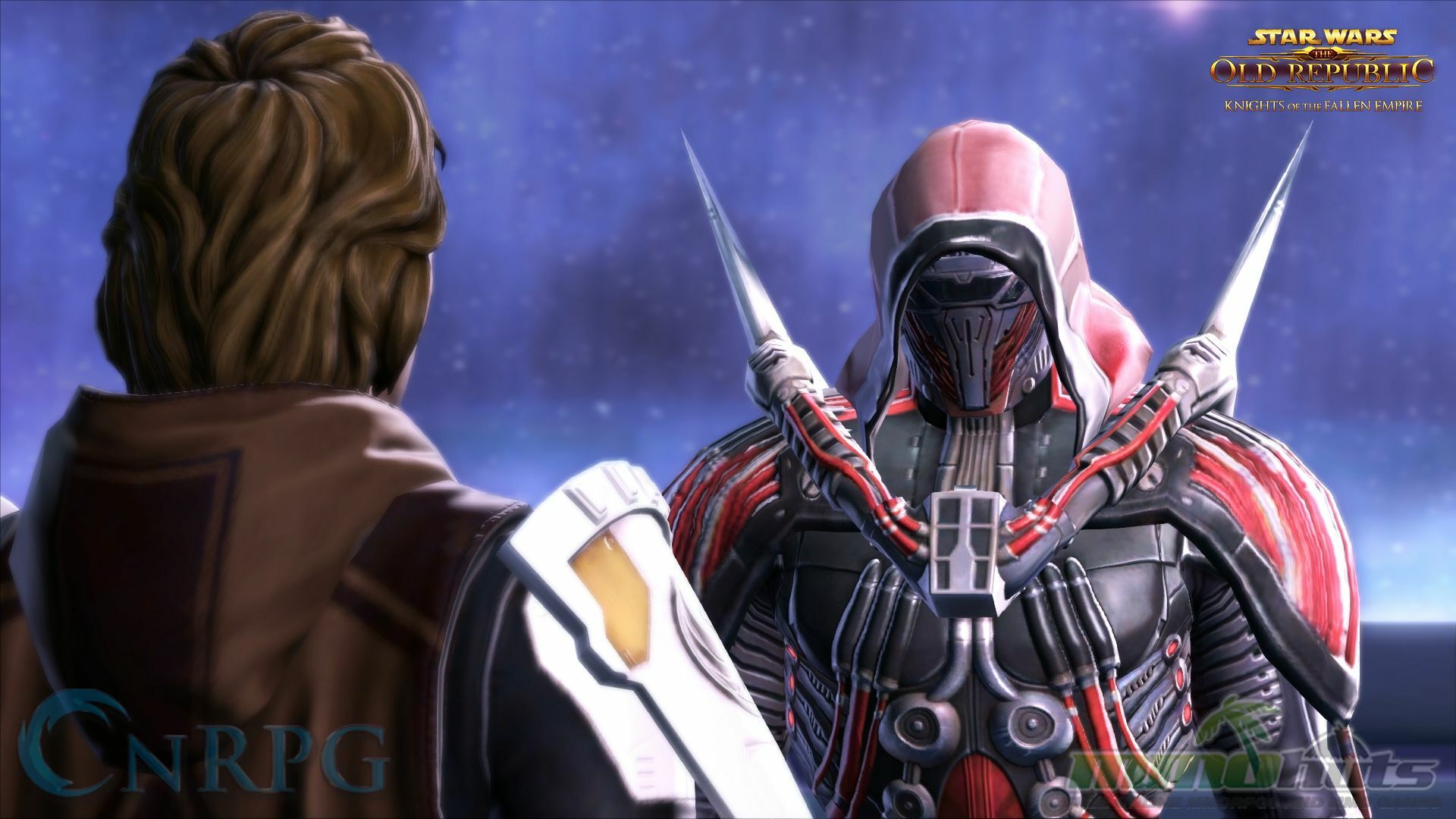 Chapter one of the new expansion felt very, very similar the rest of SWTOR but with more memorable chit chats and a slight visual bump in quality. If you enjoy the existing combat-running-combat-cutscene rotation found in the rest of the game and are curious what the disappearance of the Sith Emperor signifies then you’ll probably enjoy how Knights of the Fallen Empire plays. Though brief, the first chapter of the expansion is an interesting entry point to more Star Wars Expanded Universe material. 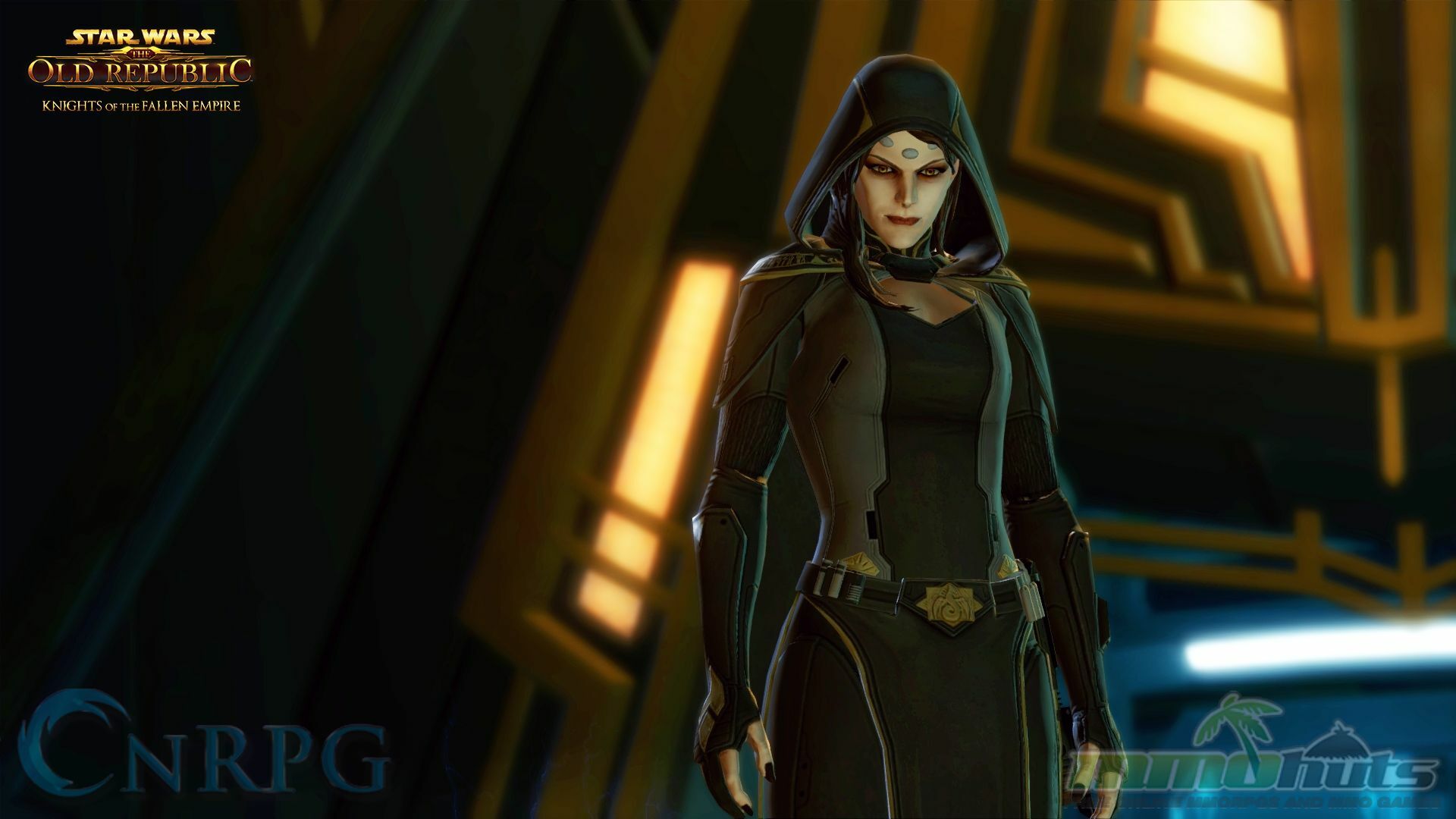 Melisandre, what are you doing in this franchise?