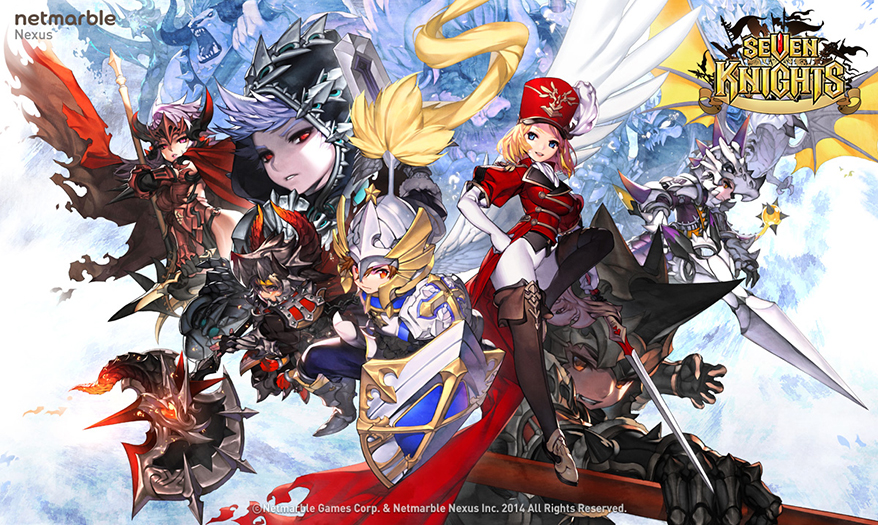 Netmarble Games today announced that its hit RPG, Seven Knights, will launch globally for iOS and Android devices later this year. To celebrate the upcoming release, the company has launched a new Seven Knights website in four languages, including English, Traditional Chinese, Thai and Korean.

Seven Knights, which debuted in Korea last year and has consistently held a top five spot on the Google Play Store – reaching #1 in September 2014 and remaining in the top three for 48 consecutive weeks, currently ranks second in revenue in Korea on the Google Play Store. The game continues to amass legions of fans with more than seven million downloads and an active, growing global community. The visually striking mobile RPG has struck a chord with male and female players of all ages through its distinctive combination of intuitive commands, intense strategy and exciting adventure. With simple controls and lively turn-based combat, Seven Knights invites players to collect and upgrade hundreds of heroes, blaze through battles with a customized team and explore a number of dynamic game modes for variety and challenge.

“Following the highly successful launch of Seven Knights in Korea, where the game has attracted millions of passionate players, we are pleased to introduce the game to the world through its new global website,” said Seungwon Lee, President of Overseas at Netmarble Games. “As a global gaming company, Netmarble Games will continue to introduce and support high quality games like Seven Knights that combine the fun immersion of a true RPG with the accessibility of a casual mobile title.”

With over 230 characters in Seven Knights shown in high quality animations and dynamic skill effects, and each of the game’s uniquely designed heroes has his or her own distinct skills and scintillating backstory. The turn-based battles combine various skill effects and counter skills with tactical battle formations and the ability to customize team rosters for different enemies. Game modes include the single player Celestial Tower mode, a Battle Arena for fighting other players and Castle Rush mode where player guilds can fight for supremacy.

Learn more about the game at their new global website.