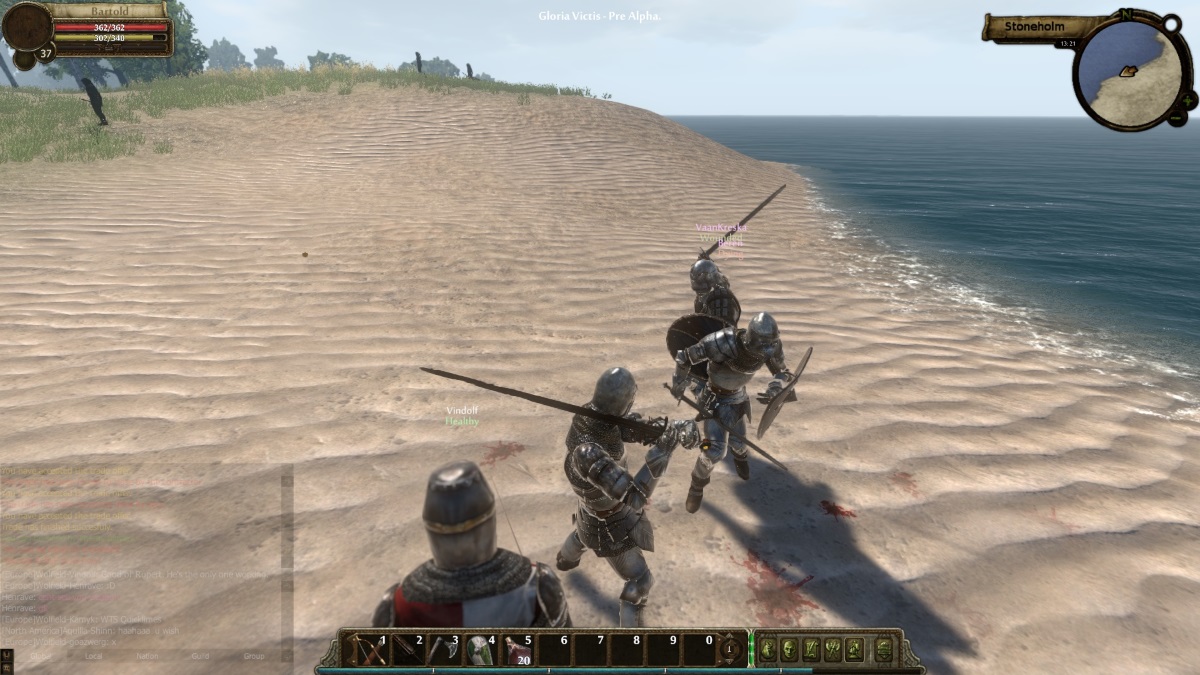 Today’s update greatly expands the Gloria Victis gameplay by adding the achievements system, complex in-game tutorials introducing new players into the game mechanics, attacks queuing to increase the focus on player’s skills in combat, precious rewards for active players, the friends list allowing to manage the in-game contacts and relation and many fixes to various systems!

Let’s start with the achievement system. This very first version offers almost 20 different achievements which players can level up, related to many various gameplay aspects, like PVE, PVP, territory control or crafting. Right now this is the great feature, rewarding the players for their progress but in the nearest updates new achievements will be added too!

Also, to make the game more user-friendly for the newcomers, we have implemented complex in-game tutorials, which smooth introduce them into the game mechanics. Tutorials base will be also greatly expanded in the nearest days to cover all the main gameplay aspects!

We have also greatly improved the combat system by doubling the accuracy of characters positions synchronization, implementing the attacks queuing and reducing the delays between attacks, as many players asked us for it. With these improvements the players skills in combat become even more important factor in either PVP or PVE battles!

Another great feature – we have expanded the rewards for the active players. They will receive the gifts not only for logging in the game every day, but also the bonuses for weekly and monthly activity. Rewards have been also adjusted to match the player’s level and nation!

Today’s update implements the friends list as well, as the players community is the most important factor of Gloria Victis’ awesome atmosphere. There are also various improvements to the party system, shaders, map and many more.

Right now we are working on implementing the attack power indicator, allowing to deal more damage e.g. when shooting a bow if the attack is hold for a while. We will also set up an official poll for our community to gather their feedback and make sure that they like this feature and if it should be also used for melee combat.