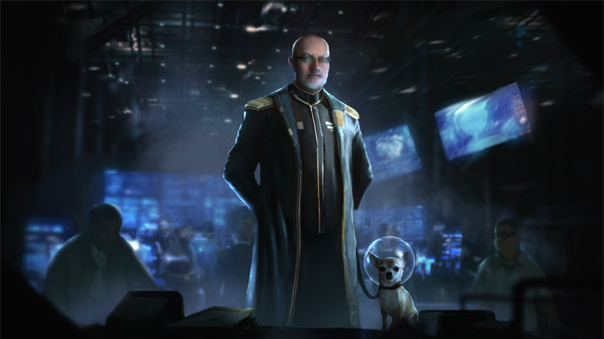 Edge Case Games today marked the six-month anniversary of its team-based tactical space combat game, Fractured Space, currently in Early Access on Steam, by launching two new ships and 11 new crew members including the game’s first celebrity crew member, The Mighty Jingles of YouTube fame. The new ships include the Zarek Carrier, an entirely new class of ship that can launch multiple wings of fighters and bombers across an entire lane.

The game’s impressive progress in terms of graphics, content, features and player base over the last six months can be seen in a new video released today that charts the evolution of Fractured Space. From simple graphics and geometry to stunning ships replete with strong tactical and loadout options, the game’s evolution has attracted more and more PC gamers with nearly 200,000 unique players now having ventured into space for the game’s signature 5×5 combat matches.

Well over a mile long and carrying a crew of nearly seven thousand, the gigantic Carrier is a heavy ship focused on launch bay systems rather than direct attacks. While the Carrier itself is not well armed or defended, it can launch multiple wings of fighters and bombers to set ambush points or even spread influence across a lane through the use of refueling waypoints to extend the range of its wings. In the hands of an expert player able to juggle the Carrier’s multiple wings in combat, the Carrier can be a game-changing force capable of turning the tide in a match—and it will only become more effective when additional Utility ships become available in a future update.

The second new ship, the Zarek Infiltrator, is a stealth attack ship that uses its cloaking device to sneak behind enemy lines. It then uses drones to mark targets before unleashing an Ion Blast that delivers an area of effect (AOE) to marked enemy ships. Like any stealth ship, the Infiltrator must escape after delivering its payload as its defenses are weak. Lacking the blink capability of other stealth vessels, the Infiltrator fires a disarm AOE that allows it to slip back in cloaked mode and make its escape.

The new crew members in Fractured Space provide both different ship bonuses and fresh personalities expressed through in-game audio updates on ship and enemy status. Perhaps no personality is stronger than that of online wargaming video creator Jingles, whose 384,000 YouTube fans had been clamoring for his placement in the game. Captain Jingles boosts hull defense, capture rate, and fire rate, and his space-going dog also chimes in with his own commentary! “One of my lifelong ambitions has been realized–I finally made it into a videogame,” said Jingles. “Luckily it’s one I can be proud of, Fractured Space is immense fun!”

Fractured Space is the tactical space combat PC title from the creators of Strike Suit Zero that puts players in command of gigantic capital ships to engage in team-based battles. Each of the game’s ships looks and plays very differently, and every match features deep team tactics with multiple sectors and battles to capture stations that control the resource production necessary for leveling up ships for your team. Fractured Space currently has over ten unique ships with more on the way and new features are being added on a regular basis with community input. Edge Case’s firm commitment to an open development process keeps players in close contact with the development team through weekly playtest sessions and shared development plans. Fractured Space is currently available on Steam Early Access before transitioning to a wider free-to-play release this year.