Fortnite’s ‘Share the Love’ Event is in Full Swing 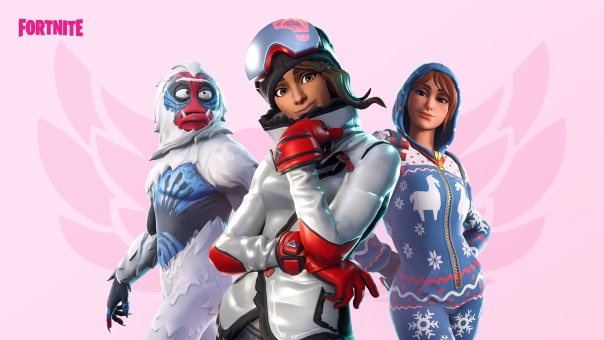 Fortnite is celebrating Valentine’s Day with their Share the Love Event. It began on February 8th and will run until February 27th, 2019. Players who support a Creator or enter a Creator Code from February 8th-22nd, 2019 will receive the Cuddle Hearts Wrap free, and the item wrap will show up when the v7.40 update hits. In the 7.40 update, players who have completed all 10 of their Weekly Challenges will also have access to “Overtime Challenges”, which offer five new rewards. This includes the Valentine Wrap and Vines Contrail. Battle Pass owners also have Overtime Challenge rewards, such as unlockable styles for the Trog, Powder, and Onesie.

Fortnite will also feature Double XP during the February 15-17 and 22-24 weekends. There will also be the Featured Island Frenzy, starting on February 12th and ending on the 22nd. Fortnite will be rotating a set of featured islands, that appear in Fortnite Creative every day. Epic Games announced the “Share the Love” Competitive Series, which will have placement matches running on the weekend of February 9th and 10th, and top performers will move directly into higher divisions based on their performance. Some new features in the tournament system will be used during the “Share the Love” Competitive Series with more unlocking with the v7.40 update.  One final note, everyone who completes 13 free Overtime Challenges by February 27th will receive the Season 8 Battle Pass for free.