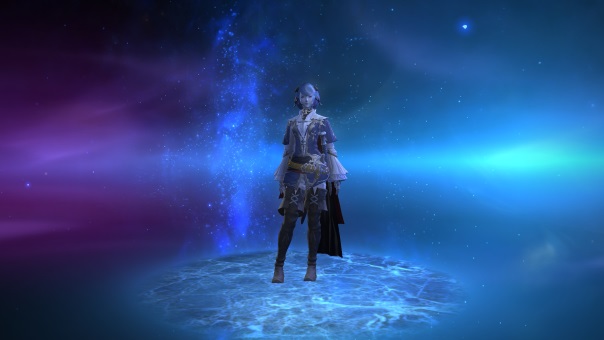 If you want to see Blue Mage in action, just click that video at the bottom of this post for the livestream I ran yesterday!

Most MMOs release their new class with a new expansion, but Final Fantasy XIV certainly broke that trend. While Shadowbringers comes out this Summer, Blue Mage is here right now! It arrived a week after the 4.5 update hit (last week), and as of January 15th, the first-ever limited class in Final Fantasy XIV is live. But what does a “limited” job mean? It’s not as bad as you might think. A limited job is one that cannot partake in Roulettes with random parties. They can group with friends, FC-members, and people on Party Finder if they’re accepted. But this is a class meant to solo most content. This is. . . mostly true. There are so many Blue Mages in the game right now that they’re working together (sort of) to get Lores (new spells) in tandem. Some of these Lores/Enemy Skills can only be attained from Trials, Raids, and Dungeons, so at some point, you guys are going to have to team up with someone. For a Limited Job, this is an interesting design choice. It’s still very much focused on solo play, which is great for me. I tend to play the game solo anyway, so I appreciate that.

So how does Blue Mage work? First, you need to complete up to the 2.0 MSQ in Final Fantasy XIV: A Realm Reborn. By then you will certainly be level 50 in a Discipline of War/Magic (the other Requirement). Head on over to Limsa Lominsa, and right there in the Aetherite Area will be the NPC (Zealous Yellowjacket). Right now, just look for all the people idling around him. It won’t be hard to spot. You’ll do a few very easy quests where you teleport around and talk to people, then Zap! You get your Soulstone, Weapon, Level 1 Gear and your first spell: Water Cannon! Just like that, you’re off to the races. Your weapon does not enhance your damage, but the game does tell you that Intelligence gear will increase the damage of your Lores. The game does not go out of its way to help you find them, either. The idea is that you adventure around and find them on your own, but who has time for that? We found (Jaime found) a fairly complete list of Lores and their Requirements, which can be found below. Special thanks to the several compilers of that info over on Reddit.  There is a level 50 cap on Blue Mage and 49 Lores to find. You can only equip 24 of them at once though, and you sort through the Blue Mage spellbook (found under Character) to pick which ones you put on your bars. That 49 is temporary though; as the game goes on, more will be added, that has definitely been confirmed.

Blue Mages receive more EXP than normal, since they mostly have to solo, and their start is pretty rough. Most of the early abilities don’t exactly knock things out of the box. That changes once you unlock 1K Needles (FLowering Sabotender, “Flower Power” Levequest in Thanalan, level 24). Here’s where things start to get interesting. If you can get a friend or someone who is just higher level to help you kill the Sabotender, you can unlock this early. I got it at level 20, for example. You don’t have to complete the Levequest, or even get hit by 1K Needles. Blue Mages merely have to witness the spell. Otherwise, you’d die, and never kill the enemy to unlock the Lore. There’s a rumor going around that getting hit by Lores increases the chance of getting it, but that sounds absolutely absurd. You also gain certain Lores by unlocking X amount of them (White Wind and Mighty Guard at 10 Lores Learned). To claim them you go to your NPC’s Location (near the Weaver Atherite in Ul’dah). There’s a pair of NPCs with him, and talking to one will let you claim the Totems for Lores you’ve earned. Once you have Mighty Guard and White Wind, you’re pretty much ready to go! One other thing I noticed: 1K Needles has a particular range, so you can put multiple enemies to sleep, and get just out of range, and nuke them individually with several 1K Needles shots and not divvy up the damage. Work smart, not hard!

Mighty Guard’s kind of a downer too though. Sure, it reduces your incoming damage by 40%, but it lowers your damage by 70%! Unless you’re using 1K Needles, which has a fixed amount of damage (1,000) spread across all targets in its range. Yes, 1K Needles is an AOE power. Most things in Blue Mage that are good in Blue Mage seem to have an upside and a downside. 1K Needles is great and will be your main source of damage for a long time. The downside? It takes approximately seventeen years to cast one time (5.98 secs). So when enemies are aggressive, how do you stop them so you can kill them? Fortunately, most of Blue Mages early Lores are Status Affecting powers. You have Stuns (Bomb Toss, Sticky Tongue, Faze), Sleep (Acorn Bomb), Paralysis (Mind Blast), and Bad Breath (Slow, Heavy, Blind, Paralysis). My strategy was to get Acorn Bomb, 1K Needles, and Ice Spikes (when you suffer physical damage, counter with ice damage). As a Blue Mage, I found I could safely use these skills to fight enemies at least 10 levels higher than me. Starting at level 20, I went to Costa Del Sol to grind, gaining levels every couple of minutes. When you hit the level 32-33 enemies, that’s when you start using Ice Spikes. The Crabs will break themselves on your body for the final hit.

One thing I did notice that was a downer, was, at least in my experience (in the 30s), most of the non-1K Needles spells don’t really hit that hard. With current gear and on enemies of my level, my Water Cannon was hitting for a measly 70-100 damage.  That’s without Mighty Guard (our only real form of defense). Off-Guard can increase the damage dealt to one target by 50%, but it has a 25s cooldown. This is reset if you get a kill on that enemy, but that also hinges on killing that enemy within 30s. This can happen, but I wish it were a bit less tiresome and unreliable. There’s also Drill Cannons as an attack, on level 46 enemies. That should still be doable even without being that level, in a party or with help. However, one of the good things about Blue Mage is how little of a rotation there is. There are so many different ways to approach the class, and the more Lores you have, the greater the options are. I’m confused by there being Lores behind Extreme Primal fights, but the only thing that really worries me about that is for people that don’t have FCs or friends to help them get into those fights. The only other major negative is how unreliable it is to get Lores. Last night, I ran Haukke Manor with a group of Blue Mages four or five times. Every time, the Manor Sentry used Level 5 Petrify, both outside of the boss fight and within. Not one of us learned the Lore. But if one person gets it in a party, all Blue Mages will get it, so that’s a positive.

All in all, I love this class, there’s some really cool Lores/Skills to learn, and it’s such a change of pace for Final Fantasy XIV. I’m genuinely shocked (not in a negative way) that there are two skills that you die in, though (at least two!). Final Sting and Self Destruct. Getting Self Destruct was one of the worst experiences in any MMO ever because people were killing the Bomb before it used the spell because they were bad. I just think that’s a fun choice to have those kinds of powers. There are tons of status ailments to use, and most enemies seem to be able to be afflicted by them. In your average MMO, status effects are a waste of a skill slot, but not here! I use Bad Breath on almost everything! Plus the spell costs are very low, and you can get Blood Drain early to restore MP.  Fortunately, the FFXIV community is a helpful, uplifting one, and my experience in this has been positive. It’s not the most busted, OP class to hit the MMO, but it for damn sure has been a fun, alternate way to approach the game. Other than the percentage chance to get Lores, and the mostly disappointing damage, Blue Mage is a blast. I do wish the range on abilities was a bit more clear though. I believe it’s the same range the enemy version gets, but that’s a minor nitpick. Plus, that gear? Love it. There’s also the Blue Mage-exclusive “Masked Carnivale” Trial, but as I’m not level 50 yet, I have not experienced it. More on that when I get there. Go check it out in FFXIV now! If you’ll excuse me, I’m going back to farming Haukke Manor. . .