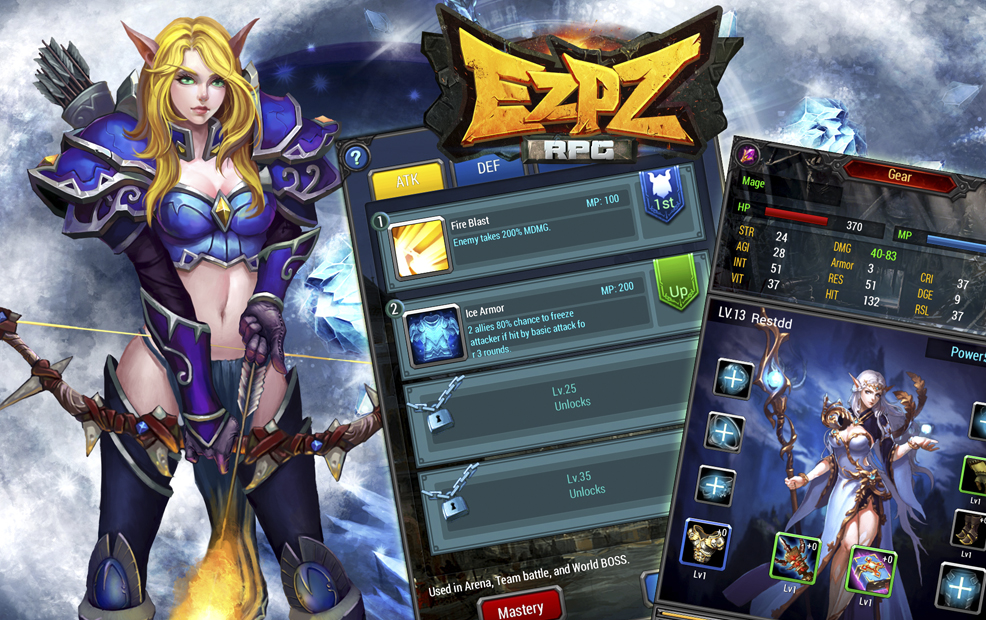 Global games publisher R2Games has announced that its unique iOS/Android title, EZ PZ RPG, will be made available in a total of 7 languages this Thursday, April 9th.

In addition to the global English version, EZ PZ RPG will now be available natively in Spanish, Portuguese, French, German, Russian, and Turkish. No matter what localization users enjoy, all players will be able to compete and cooperate in multiplayer modes and leaderboards.

EZ PZ RPG is a unique title in the R2Games library. Being an “idle” game, it focuses on passive progression and easy gameplay. Players will be drawn in by the simple, yet deep game systems heavily influenced by classic RPGs. Featuring constant advancement, a variety PvP modes, quests, bosses, loot, companion characters, and much more, EZ PZ RPG sets itself up to be the perfect companion title for gamers of all tastes.