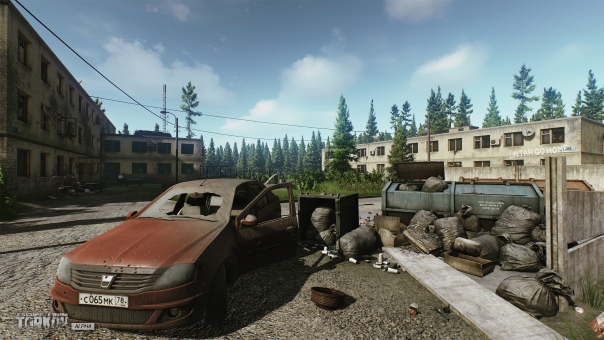 Battlestate Games has released new screenshots and descriptions for its first playable location, “The Customs.” The Customs will be available to play in the upcoming Closed Alpha.

The Customs is comprised of ten key points, each being essential from a story or resource stand point. Most of these places are guarded by bands of Scavs who took over most of Tarkov when the conflict started. Find out more below. 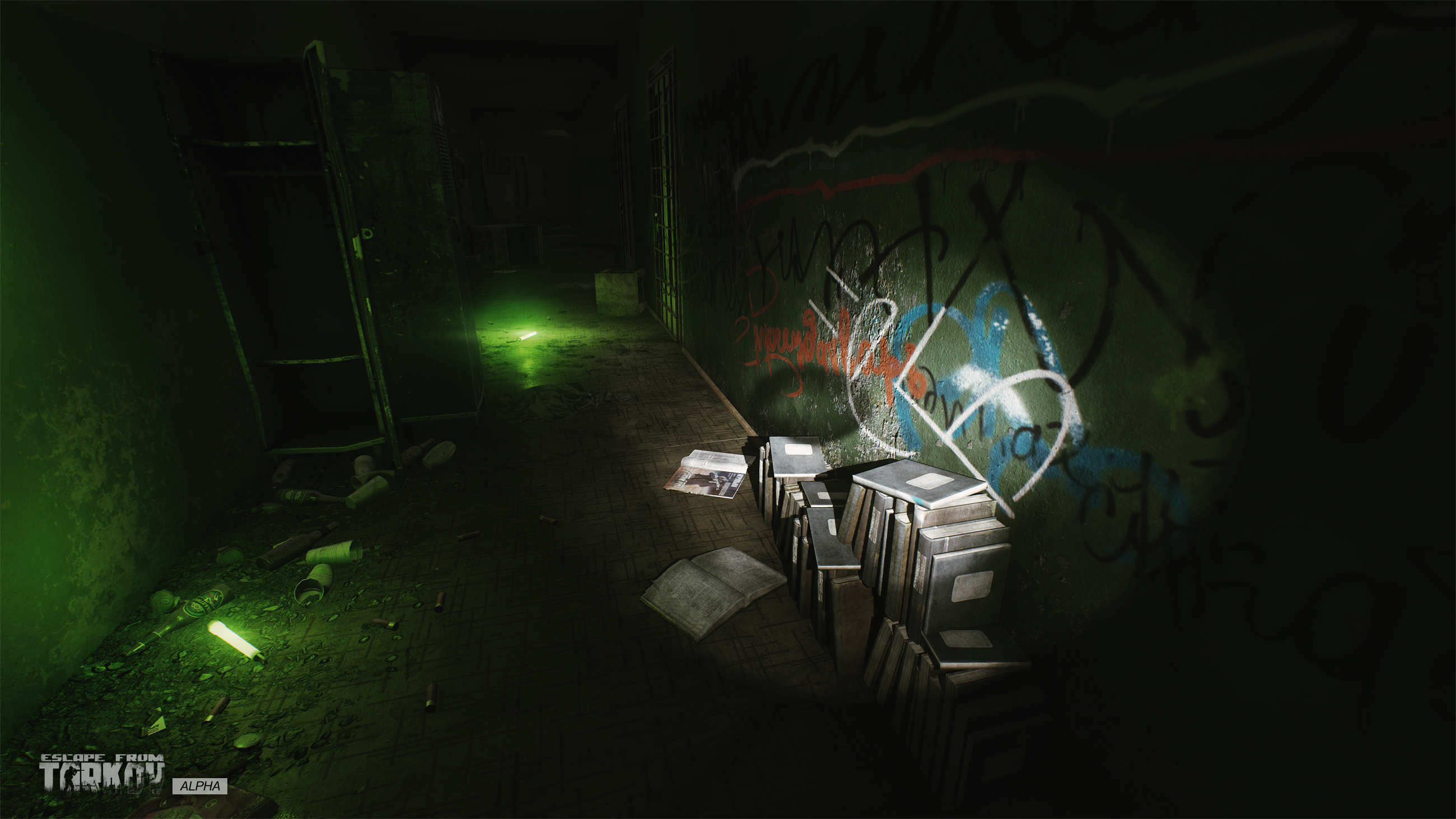 The second block of the dormitories assigned to the chemical processing plant. Before the conflict it served as lodging quarters for the plant employees, and now it has become a diner, a bar, and a nighttime refuge for Scavs. Due to rude violation of fire safety rules, several rooms burnt out completely and thus were rendered useless. As fo block one, before the conflict it housed not only local and visiting plant workers, but specialist and administrative personnel of the Russian branch of the TerraGroup. It was them who, after privatization of chemical plant #16, according to official sources, ran the day-to-day operational management of the facility.

Chemical plant #16 – Polychem Ltd. Produced epoxy resins, solvents, thinners, curing compounds, polyurea, reagents and active substrates, various chemicals for construction purposes. Acquired by TerraGroup, which founded a subsidiary company Polychem Ltd, forming a new vector of plant development. As soon as conflict broke out, it was evacuated with aid of the United Security private military contractors. The evacuation of assets, however, was not completed. Later, the facilities were overrun by Scavs and refugees.

The plant facilities include warehouses and storage sheds that were illegally used for storing unauthorized and prohibited materials of TerraGroup companies.

Mazut handling station before the region lockdown was used to supply the fuel to chemical plant’s CHP boiler room. CHP, in turn, pumped hot water to the industrial production facilities. Later on, the station equipment was sold, and the boiler room consequently removed from operation. 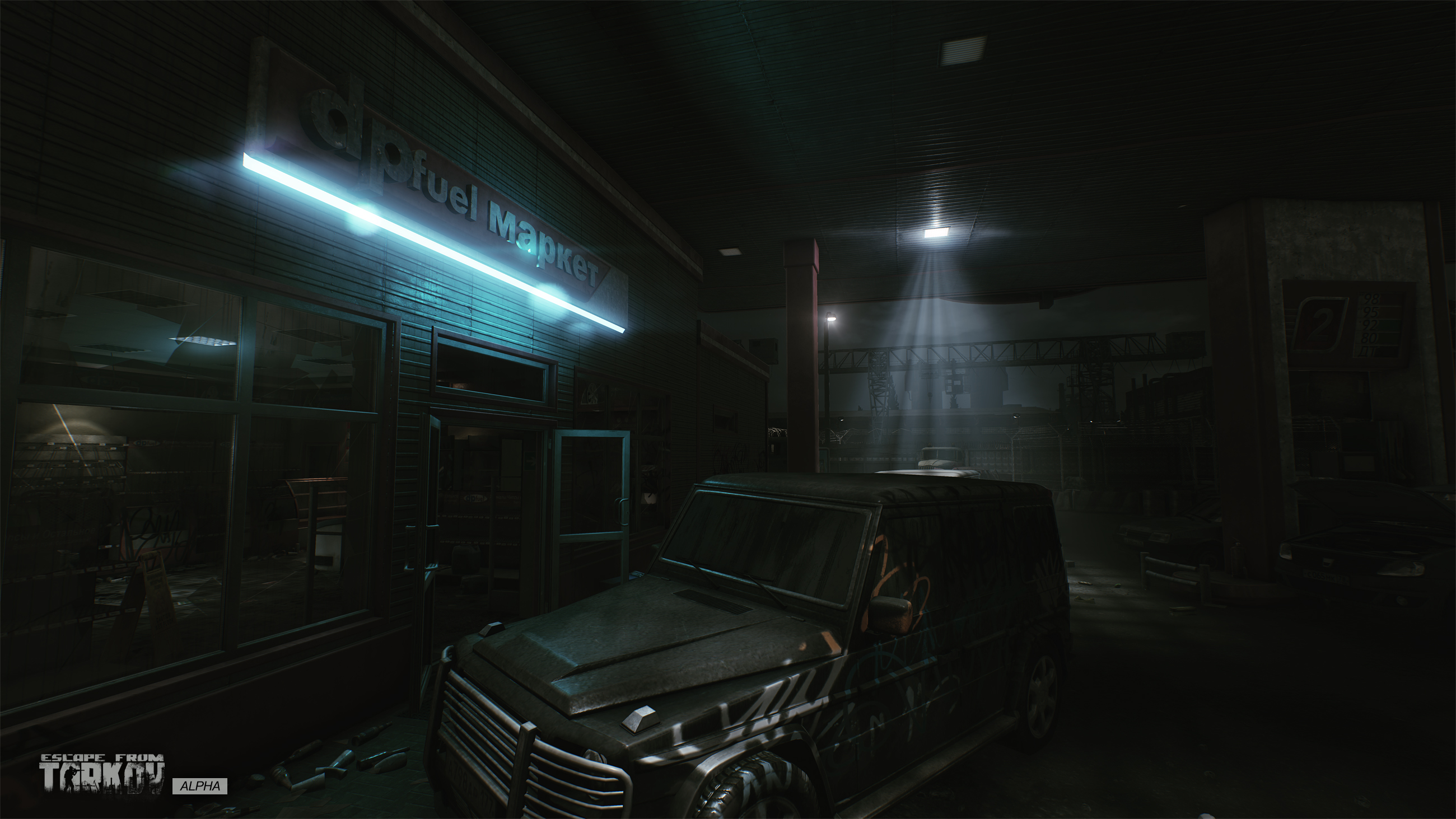 The DPFuel gas station was among the first objects to get scavenged by the locals in the wake of emerging conflict, to get their hands on fuel and food supplies. At the same moment, many of strategically important points of the region, including gas stations, were controlled by the Russian Army, further deepening the logistic crisis. When Army left, the vacated premises were quickly taken over by the Scavs.

The most crucial highways of the city and suburbs were sealed off by the roadblocks set up either by UN blue helmets or Russian armed forces. Over the course of time, various armed groups have tried, some more successfully than others, to knock the troops out and lift the lid of the siege – until the blocks have been reinforced by snipers, minefields and mortar shellings. All those measures have charted the outlying terrain into well-known segments, leaving no chance of direct escape.

The Dalniy-2 customs terminal, operated by TerraGroup through subcontract, was a home to Tarcone logistics company office, and its storage grounds were once full of various TerraGroup equipment, as well as construction materials of Tarkov Infraline Development Company. After the city lockdown, it was long held by the Phoenix private security firm before eventually succumbing to Scavs. 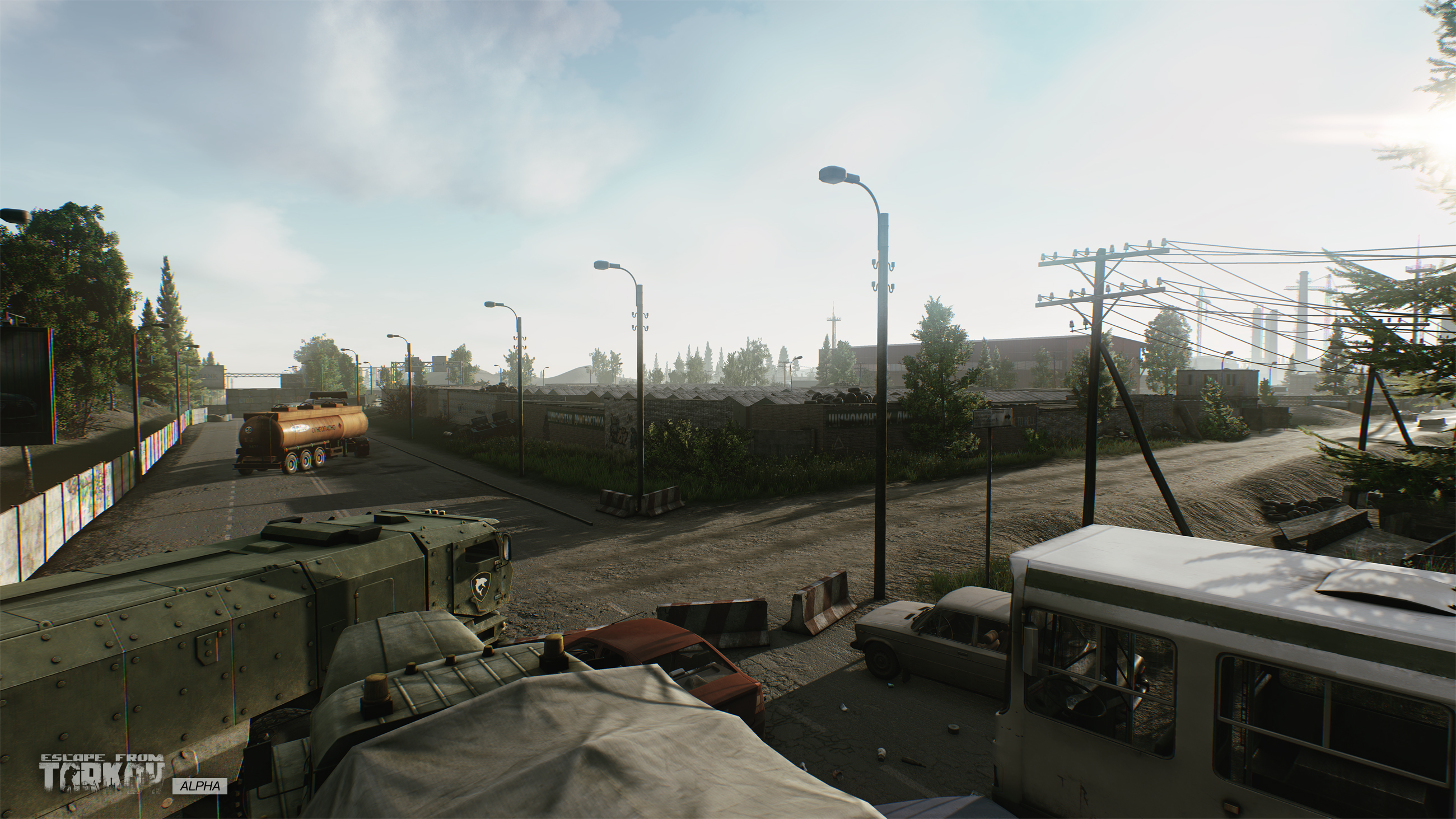 The co-owned Druzhba (Friendship) garage park was created in 2009 by the port authorities as a part of a series of co-ownership projects for the dock workers. The Druzhba park garages were mostly owned by employees of the port’s bulk terminals. In the beginning of the conflict their proximity to the Dalniy-2 customs terminal attracted one of the Scav groups (the Pusher gang), who used them as warehouses and transport repair shops.