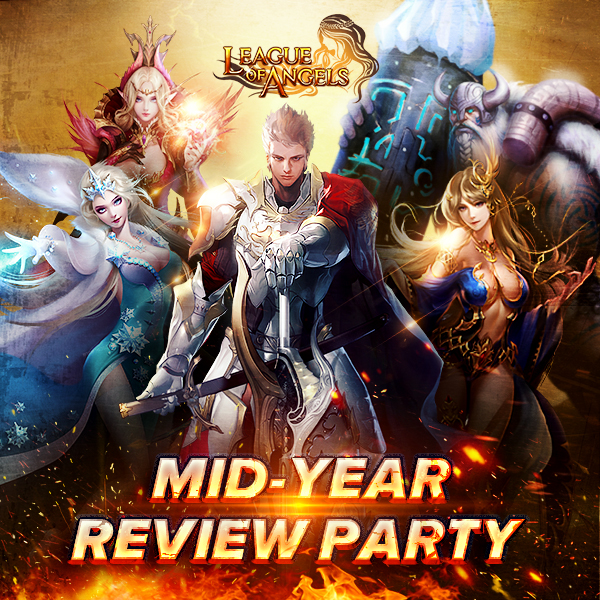 League of Angels is now celebrating its mid-year review party for 2016. This is a time for everyone to look back at the year so far and see what’s been accomplished.

We are already halfway through 2016, how many Heroes, Angels, and Mounts have you collected? Have your experienced/mastered all the new features that were added to LoA? We did some research covering aspects of Heroes, Mounts, Challenges and Homesteads. Take a look below! Plus League of Angels is holding a Mid-year Review Party in game (from June 22nd to June 26th)! Thanks to all our dear players for their continued support! We promise an even better LoA for the second half of 2016 and beyond!

Who is playing League of Angels? 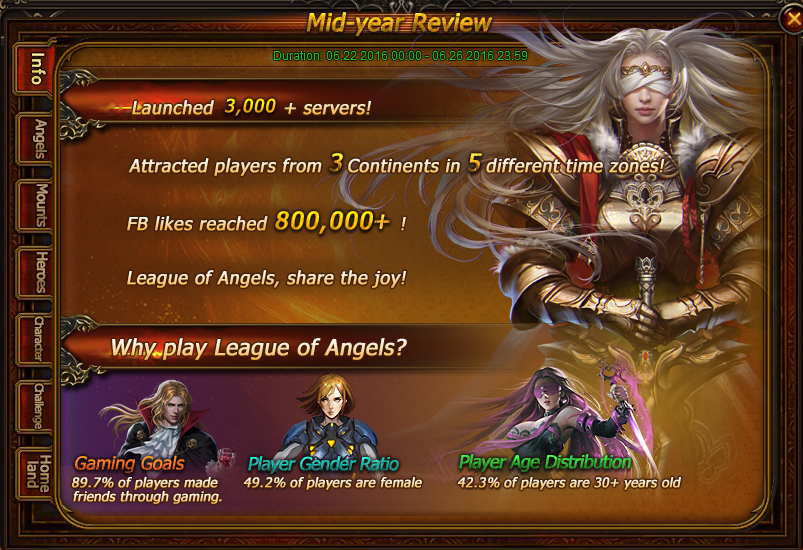 Bloody Dancer, the mysterious hero from the East, becomes 2016’s Most Anticipated Hero! 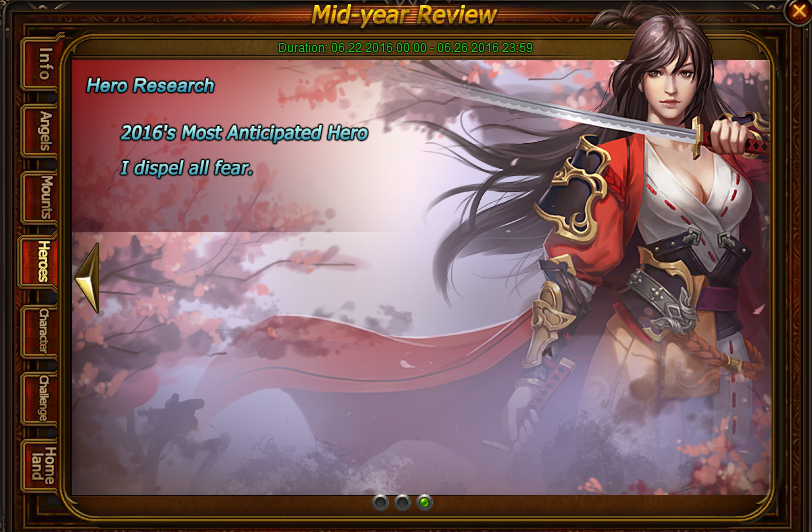 Griffin overthrows Pegasus and is crowned the most popular mount. What do you think? 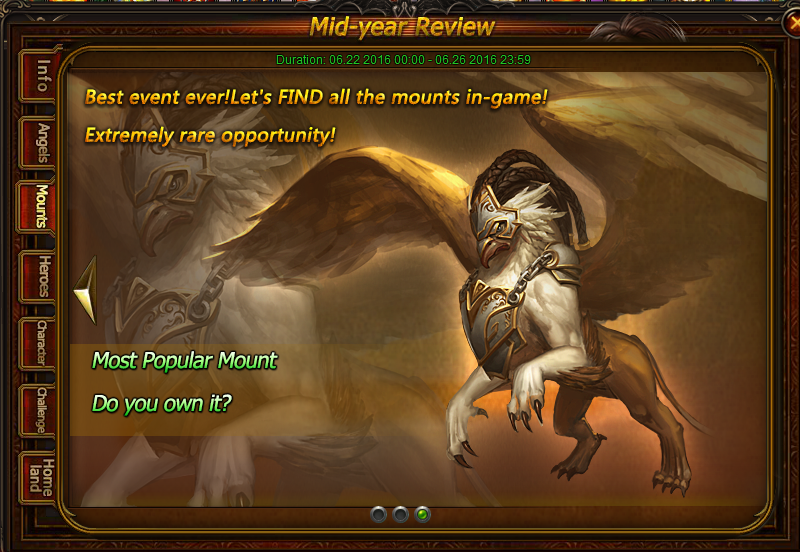 Homeland is newly added in Mid-year Review Party. Among our four different Homestead themes in game, which one is your favorite? 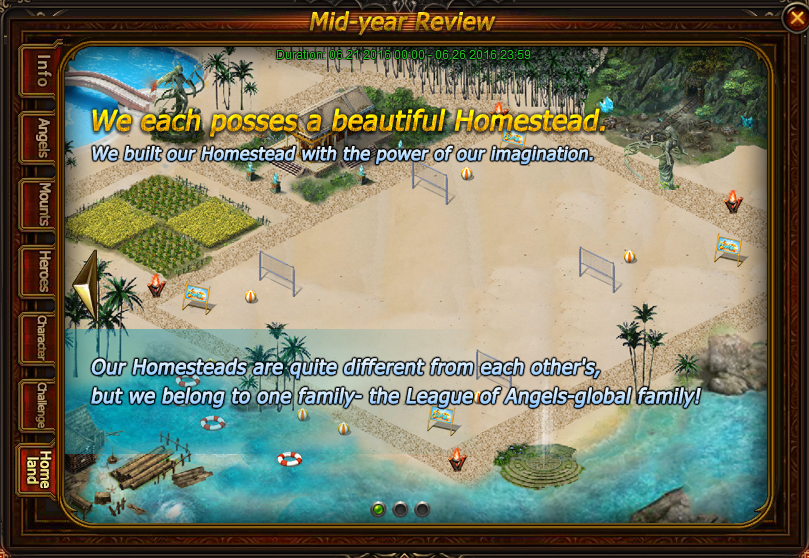 Along with the Mid-year Party comes the hottest summer ever! What do you plan to do this summer? Share your thoughts on our Facebook Fanpage and win MYSTERIOUS REWARDS!

We hope players will have a wonderful time in the Mid-year Review Party!