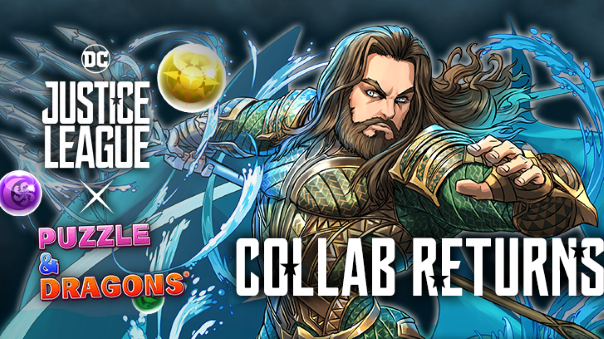 Puzzle & Dragons has another exciting collaboration starting next week (February 11th – 17th) with DC Comics’ Justice League. New and returning dungeons will be available, as well as some upgraded characters that even have reworked rarities. Also available is a free pull from the Justice League Memorial Egg Machine. Below is a list of the items on offer in this collaboration. An incredible cast of characters awaits!