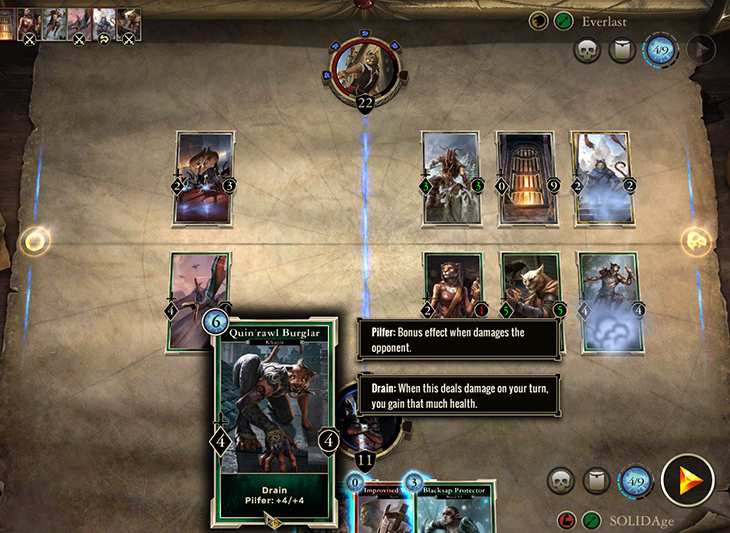 Squeaking in between the launch of DOOM’s Unto the Evil update and more reveals for Quake Champions, Bethesda also announced the start of The Elder Scrolls: Legends‘s Open Beta.

Players can now play the new card battle game, developed by Dire Wolf Digital, free. With the NDA now lifted, players have a chance to check out the cards, hear about other player’s decks and strategies, the introduction of lanes, and more.