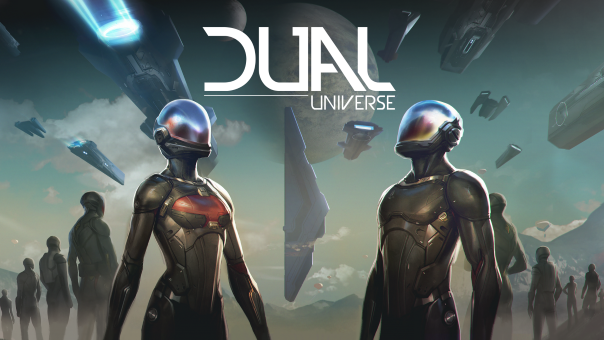 Dual Universe is an MMO that is in production, that honestly has a really awesome, ambitious goal. The idea is to create a single-shard universe where the players create the world and shape it the way they see fit. But what is a single-shard universe? It’s a game in which the world is one massive server. You don’t have to worry about your friends being on some other server and not being able to play with them. The developers showed me a demo that is less of a “promise of things to come”, and more of “players can already do this right now”. The only exception is Space Stations. They exist, but players cannot construct them yet. 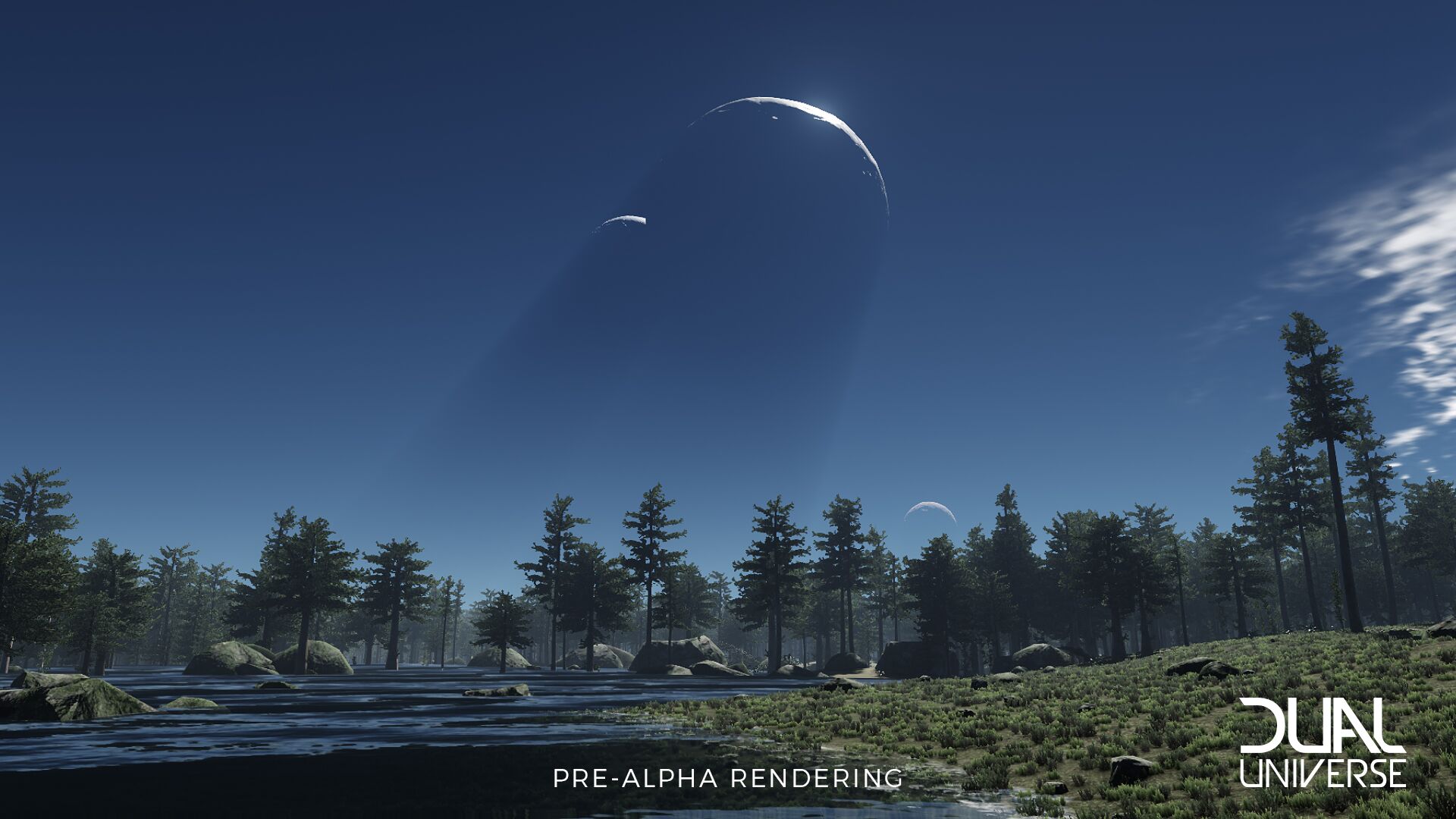 What I saw was via Skype, so it did not look quite this pretty.

On a personal level, I don’t play too many Voxel games, but I like the concept of them. What I do like about Dual Universe is that it is not all “block shapes”. It’s not a world of cubes like Trove or Minecraft. You can actually make rounded shapes, and the world looks like a real-world might. When you go mining, you don’t cut block-shaped holes in the earth, you dig circular holes. They showed me how to build as well. When you create a home, you enter a sort of instance where you build your structure and can make flat surfaces, blocks, and further complex shapes. You can also download patterns and builds that other players have created, and provided you have the resources, you can just create it! I love this because I’m rubbish at building. I don’t have to feel like everything I do is going to be awful.

We looked up at the sky and saw a pair of massive moons in the sky, and they seemed so very far away. The developers clued me in on something I had a feeling about anyway: we can (and did!) go to the moon. There are plenty of other planets to explore, and space travel is definitely plausible. We didn’t head to the moon quite yet, but instead, I received a tour of a fairly large city. There are several player-built buildings here, from another server. This size city probably won’t be seen until a couple of years into launch, where player organizations are vying for territory. Another nice thing, is the developers give players a hovercraft they can travel around on, but it can be easily built if desired. Piloting and flying are skills all on their own, and not simple from what I understand. This is a game that will take practice, time, and work to become good at, which frankly is awesome. While this might seem off-putting, a fair amount of the game seems like it will be easy to start, but the more you know, the more complex tasks the player can work on. 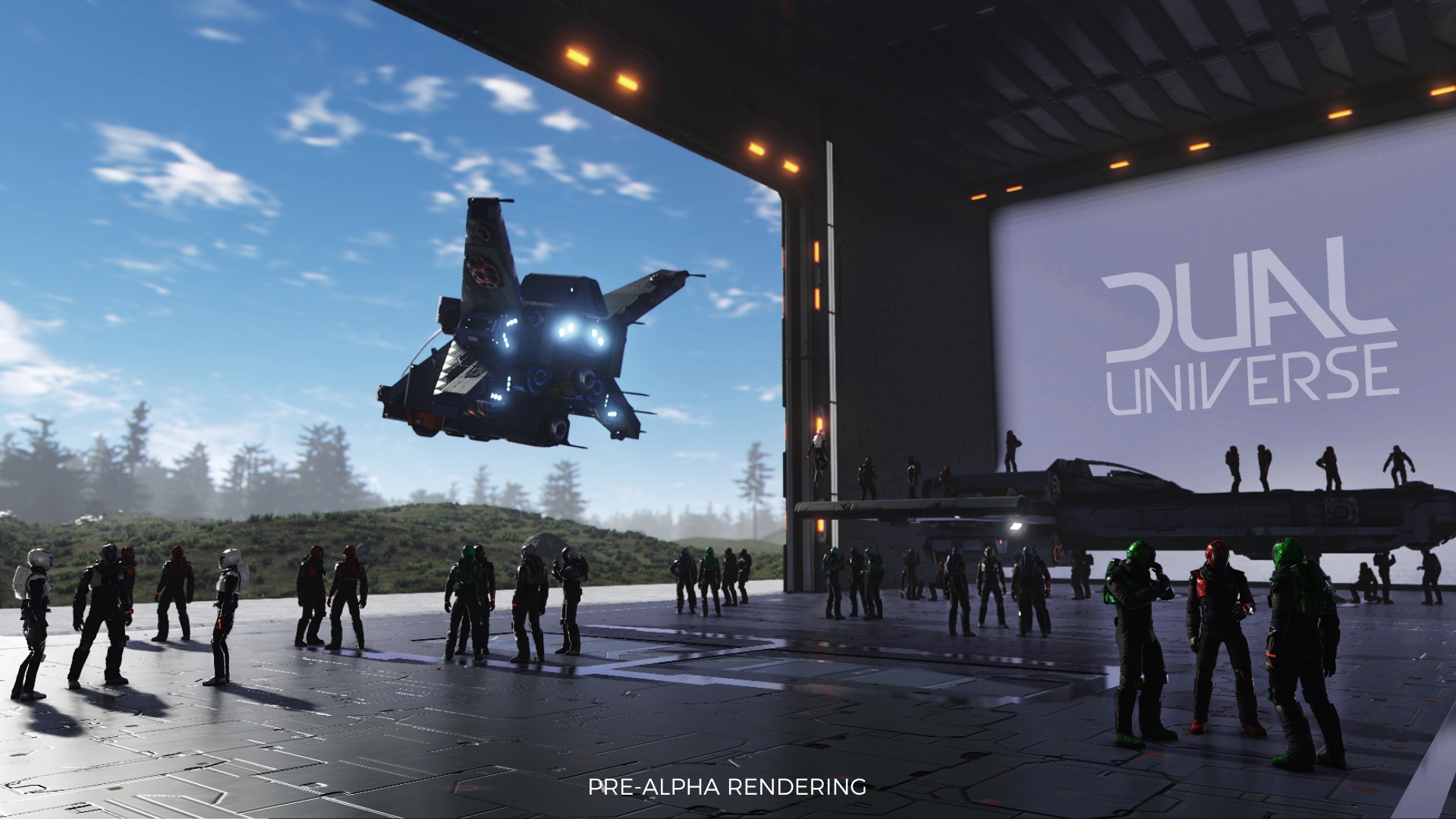 Being able to see spaceships in flight, and exploring futuristic cities? It was awesome, friends.

An example of this is they showed me the simple way to search for minerals and mine, in the city. But before we got there, I got to see a Caterpillar (the construction equipment), that, while it did not physically scoop up the earth, it had all of the appropriate things to mine with in one place. It had hoverlifts to move it around, a large container to store the ore, it has engines for propulsion and fuel tanks, and it even has the territory scanner. The territory scanner is important since it shows what sorts of ore you can find in that area. You can set up a mining operation in a stagnant location, but doing it this way is more complex, and probably is more rewarding. When you activate it, it starts scanning and will give you a layout of what you can find in this particular area. It does take time to find the ore, so they sped up the process a bit. You’ll have another scanner that will highlight a color on your screen if you’re aiming in the direction of the ore. Unlike in Minecraft, it’s not a simple action. It takes time to get ore. Low-level mining isn’t difficult, but for more advanced minerals, it takes more time, as well as talent specialization.

Building seems to be as complex or simple as you want it to be. They want players to build creations they are proud of, and we saw quite a few multi-level buildings. These buildings also show off useful game mechanics. I got to see buttons that open mechanical doors, turn on lights, and they showed me how to do it. You position the button, and you create a fairly simple connection between the door and button (similar to Redstone in Minecraft). I’m grateful that you don’t need to have a power source to use buttons/lights. For minor actions, it’s assumed there will be enough power to utilize them. There’s already enough power management (for spaceships, et cetera), they don’t want to make it too complicated. 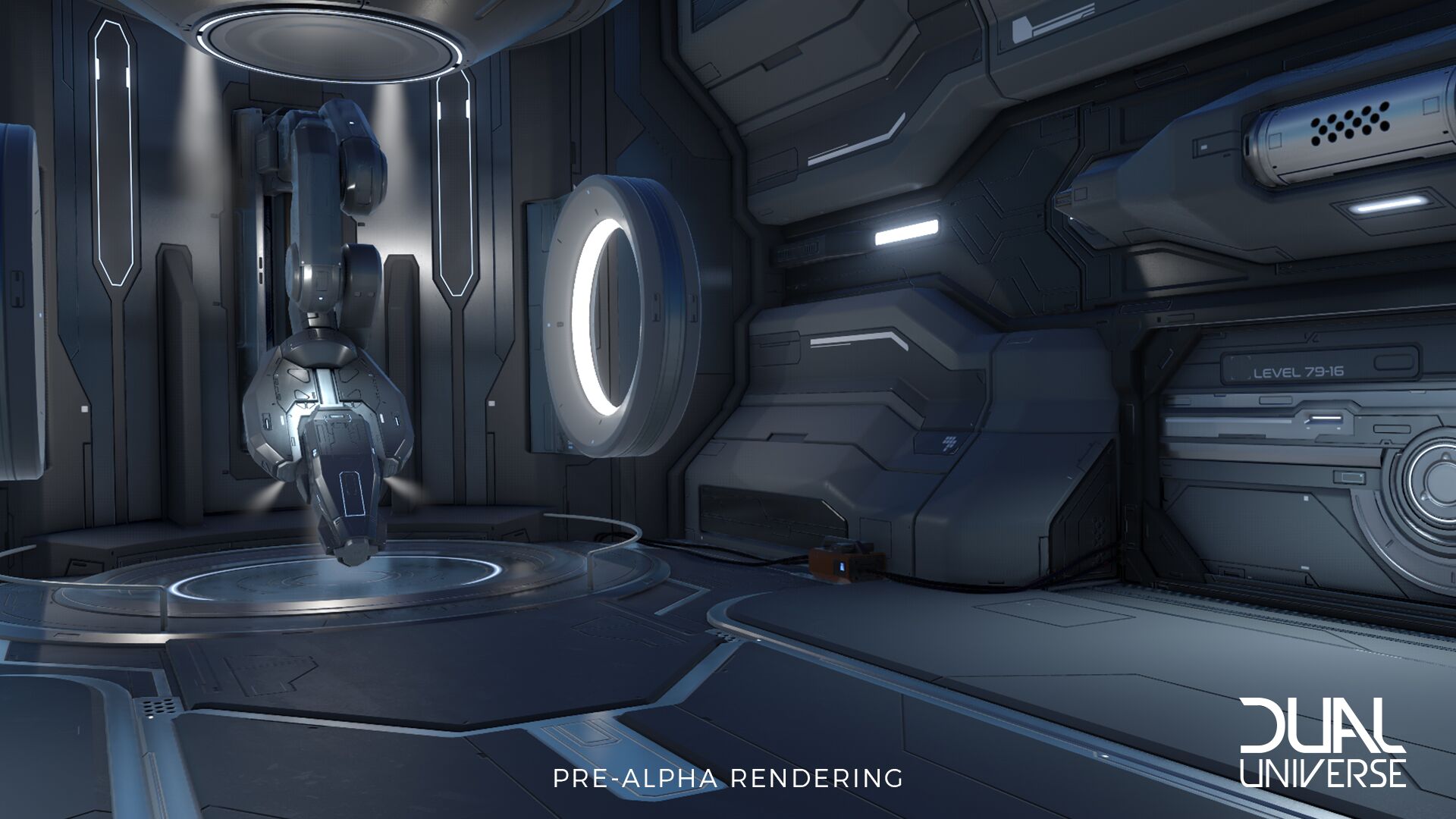 Another amazing feature is the Program Board. There are computers and monitors that you can use to create simple written signs, such as a MOTD or a Warning/Greeting. But it’s so much more. It’s a full HTML engine, so you can create more complex visuals. If you want to make a logo for your corporation, and you can also use it to display information. They want modding to happen in their game and to share it in the game, and the Programming Board is just such a way. You plug it into a monitor, activate the board, and do whatever the person programmed into it. One of the things I saw was the classic arcade game Breakout / Arkanoid. You could quite easily set up an arcade within this world (and it has already been done, apparently!). This arcade game was made using the LUA programming language. I can’t code for beans, but I know plenty of people that can do incredible things. The developers don’t feel like their audience should have a programming/comp sci degree to play and do cool things. But the availability and option are there. You don’t need to understand programming to do most of this stuff, but having that knowledge allows for more complex creations, that could be sold in-game for greater prices.

We also boarded a spaceship and headed to a massive station, and go to briefly explore the moon. It was so cool, and while they did speed up the process, it really gave me perspective on just how far away the moon is from the planet we were on. I believe they said it would take about 20-30 minutes to fly from planet to the moons. This is such a complex, fascinating game. In time, there will be players committing acts of aggression, bombing and attacking player-run factories. After all, you can set up massive factories to make menial tasks less menial. You can let the machines do all the work to create what you need, with the resources on hand. I’m envisioning players with single-man starships/fighters, flying around and attacking, and plenty of intrigue. Player-run corporations will definitely be a thing, and in a way it reminds me of EVE Online. There is so much to see and do in Dual Universe, and with the power to practically build a universe, there’s no limit on what players will be able to do. My time with the game was brief, but they did an incredible job of showing what this literal universe has to offer. I could not possibly talk about it all right here, but I do feel that if you love creating, exploring, and shaping an economy as well as an entire world, Dual Universe is exactly what you need.

Do not sleep on Dual Universe. You can learn more about it below.