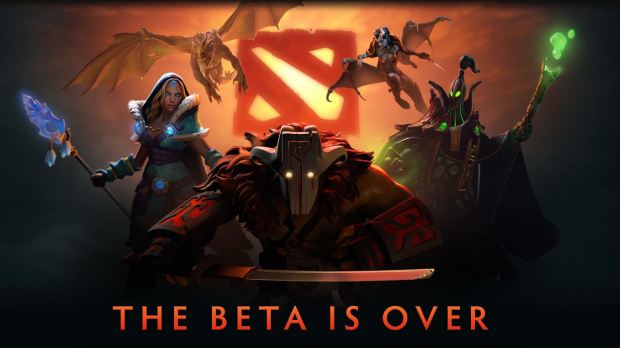 Normally when a journalist publishes a review, only 10-15 hours are spent to get a feel of the game. However, Dota 2 has had me hooked since December of 2011. I have spent over 1000 hours playing the game and hundreds more spectating. Dota 2 is a game which really requires hundreds of hours to fully understand and grasp. Read on for a true review of Valve’s Dota 2.

After years in beta, Valve has finally announced that Dota 2’s beta has officially come to an end! Dota 2, successor to Warcraft III Dota, aims to provide a better user experience than that found in Warcraft III Dota due to engine limitations. With many new features added to improve user experience and gameplay, Dota 2 is on the same level as Valve’s other amazing releases such as Team Fortress 2 and Counter Strike.

Dota 2 is a free to play game allowing all players to enjoy the full game without any restrictions on Windows, Mac and Linux. In Action RTS games such as Dota 2, it is very important to be on a level playing field to ensure balance and fair games between all players. Regardless of how much you have spent on the game, everything related to gameplay is available for free. You may spend money in the store for cosmetic items but spending money will not cause you to gain any advantage over other players. The shop sells items such as hats (expected from Valve), weapons, pants, announcers and custom HUDs. All the items besides keys, used to open chests, can be found simply by playing the game. A full article has been dedicated to the Dota 2 shop in the past due to the importance of allowing all players to play on a level playing field regardless of how much they spent. Read more about Dota 2’s shop here.

By now everyone should be familiar with the gameplay of Dota style games. Two teams of five fight to destroy enemy towers and finally their base. In three lanes, creeps continue to mindlessly battle it out to the death, awarding players with gold and experience for each kill. This gold can be used to purchase items while experience can be used to level up and train skills. All stats are reset for each match, giving everyone an equal start at the beginning of each match.

Couple this with over a hundred heroes and items and you get a very complicated and deep game. Even after playing for more than a thousand hours and more than a thousand matches, I have yet to play one match even remotely identical to ones played in the past. There are billions of possibilities for each match due to the massive number of options available for all players. Even professional players playing since Warcraft III Dota still continue to learn and innovate. You will never see the same match again during your Dota 2 career. 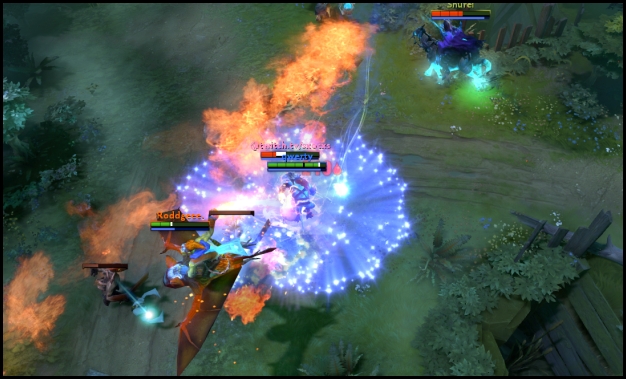 Bat Rider really is the most annoying hero in the game.

This does lead to the problem of Dota 2 having a very steep learning curve. When you begin the game, you will suck and your teammates will let you know that you suck. In a game where one player can change the tide of the entire game, players do tend to get very emotional. You cannot play Dota without getting flamed at least once. However, this does improve and you will get nicer players that work with the team the higher you climb through the rankings.

However, the problem is that there is no transparent ranking at the moment. You cannot clearly tell whether you are climbing up or falling down. You can estimate your standings by the very vague normal, high and very high brackets, but that does not help new players due to the vast majority of players being in the normal bracket.

I would love to see a more transparent ranking system similar to that found in Starcraft II. A ladder system featuring various leagues allows players to play competitively and work their way up the rankings. It also lets players know how well they are doing compared to those around them.

Dota 2 is meant to be a competitive game. While casual players can play it to have a good time, you will need to form your own five man team as most players are in it to win.

The eSports scene has been doing amazing ever since Valve’s International upon Dota 2’s announcement. A large tournament from the birth of the game has allowed Dota 2 to gather many talented players across the world and allow them to play in many tournaments going on every single day. It is rare or near impossible to find a day where a Dota 2 tournament game is not being played. If you are a keen eSports viewer, Dota 2 has a lot to offer. 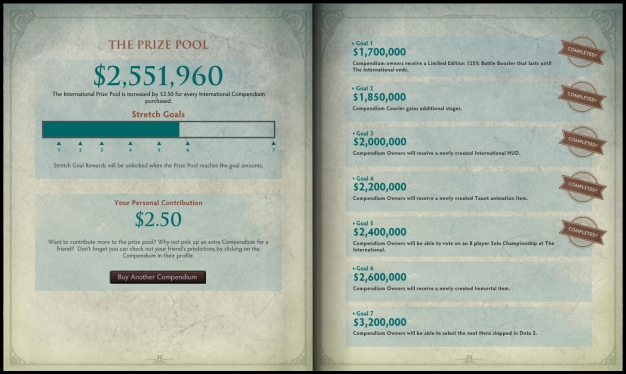 With the upcoming International III, Valve has introduced many additional features allowing players to interact with the tournament. The compendium is an item that can be purchased allowing players to contribute towards the tournament’s prize pool all while gaining bonuses such as additional battle points and the ability to take part in a fantasy league. What was originally a 1.6 million dollar tournament has grown and continues to grow to a massive 2.5 million dollar tournament. As various milestones are hit, Valve rewards players with in-game items and tournament content. The Compendium goes to show the cleverness of the minds at work at Valve.

The game continues to grow as it becomes available across the world in countries including China and Korea. Almost four million unique players have played Dota 2 this month. Although the beta tag has officially been lifted, not everyone is able to play Dota 2 at the moment. You may apply to join the game and will be sent an invite in waves. However, whoever wanted to play Dota 2 has already gotten an invite at this point. Let’s be honest, invites were not hard to get.

Valve is working to increase their server capacity with an additional 450,000 capacity added last week. It is good to see a company ensuring that the gameplay of others is not affected by allowing more players to join the game. Everyone hates queues and lag and Valve is doing the best it can to ensure these issues do not occur.

Although Valve is aiming to rid any lag in the game, players are still given the option to select the servers they would like to queue for. This is an amazing option allowing players from around the world to compete with each other. Although in most cases you will be playing in your region due to lag issues, it is good to see players not being locked out from their friends and competitive events across the world. 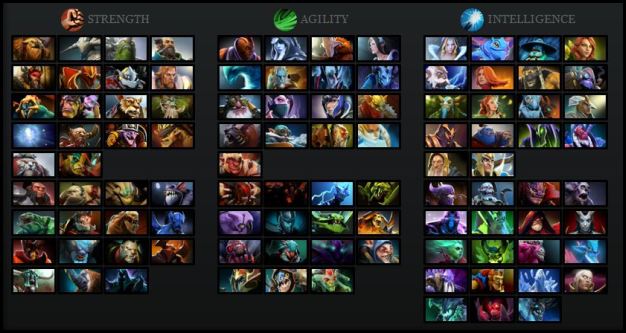 The only reason I can see for players to stick with Warcraft III Dota is due to system limitations as Dota 2 does nothing but improve on its predecessor. In many countries, the availability of games in Internet Cafes are vital for success. Due to the low system requirements of Dota 2, we should begin to see more and more Internet Cafes offering Dota 2 in their catalog of games.

In conclusion, Dota 2 is a game that must be played by all interested in the real time strategy genre. You can never beat Dota 2, you will always be working to improve your gameplay. Dota 2 is a game which one can easily spend thousands of hours playing and still find themselves learning. It is really difficult to cover such a complex and massive game in a short article; you need to play the game to fully understand it. When you begin the game, you will suck and hate the game. However, only those that give Dota 2 a fair try and spend many hours learning the game will truly be able to enjoy this amazing game.

Once again, Valve shows us that realism is not all that is important. The art style allows Dota 2 to be unique from all other games while still being pleasant to the eye.

There is not much to be improved upon when it comes to control. Action RTS games feature simple mouse and keyboard controls with default QWER buttons for skills. All hotkeys are fully customizable.

While there are many great features available, there is still room for improvement. Features such as better handling of player reports for the massive player base and a ladder system are still missing. I am still hoping for the ability to create custom maps for Dota 2.

There are many ways to customize your play style and even cosmetic options of the game. Players are able to design and submit their own cosmetic items allowing for near infinite possibilities. Even still, strict guidelines are put into place to maintain lore and art style of Dota 2.

While the player base tends to be more mature than other games of the genre, there are still a lot of emotions that are thrown around during matches due to the ability of each player to decide the outcome of a match. Outside of the game, there is amazing commitment from the fans featuring player hosted tournaments and art work. You can really tell the community loves the game.