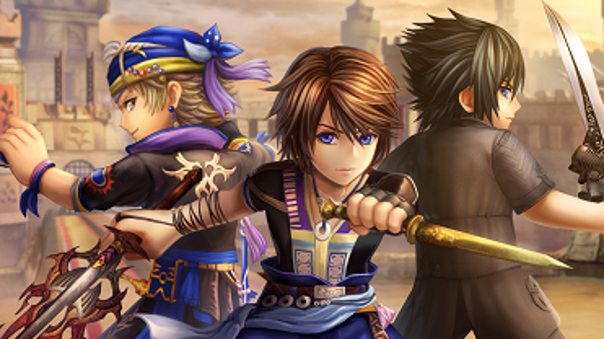 The arrival of Autumn is being celebrated by Dissidia Final Fantasy Opera Omnia, with plenty of new content. A Fall Festival has begun, going on now through November 7th, 2019. In it, players can participate in Trick-or-Treat co-op quests for Artifact Tokens. These are used to upgrade your characters. Players can also use Dissidia Points during this time to obtain limited-time animated Halloween stickers for use in co-op.

Locke, originally from FINAL FANTASY VI, will return through a limited-time character event, available now through October 28. Players who missed out on Locke’s previous limited-time event can add him to their rosters, and all players can obtain gems and other valuable character upgrade materials by playing through his event quests and completing limited-time missions. New story quests are also coming in this event, where players can add Noel, from Final Fantasy XIII-2 to their team, by playing through a new story chapter, “Will of the Hunters”. Additional events can be found below.