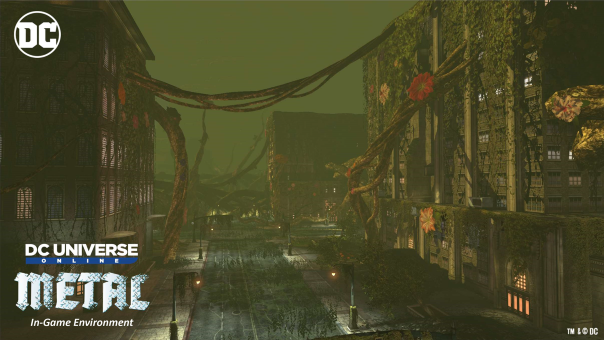 During San Diego Comic-Con, DC Universe Online had a pair of announcements. The first being that DCUO will officially launch onto the Nintendo Switch on August 6th, 2019. It will launch with more than 300 available customization options, and the ability to take the DC Universe MMO on the go with you. In addition to this, “Metal Part 1” and “Metal Part 2” was announced to be released into DC Universe Online in September/December respectively. In Metal Part I, Batman has breached the barrier between our world and the Dark Multiverse and then disappeared. In through the breach storm the Dark Knights twisted versions of Batman hell-bent on revenge. In Metal Part II, the saga of the Dark Knights, the Dark Multiverse, and Metal will come to an explosive conclusion.