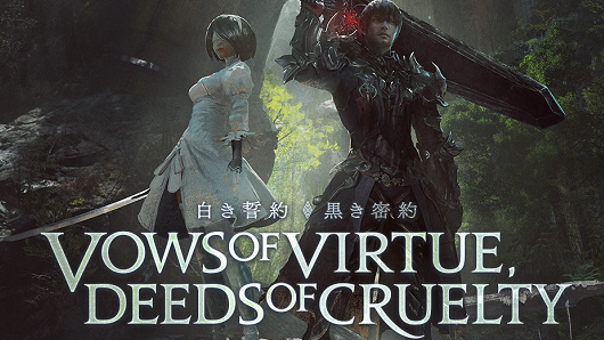 Vows of Virtue, Deeds of Cruelty is the title of Final Fantasy XIV: Shadowbringers‘ patch 5.1. In a recent livestream, Naoki Yoshida outlined some of the content that players can expect in this update. 5.1 will add the next chapter in the Shadowbringers storyline, as well as the new 24-player Alliance Raid: The Copied Factory. This is Alliance Raid is the work of guest creators Yosuke Saito and YOKO TARO, and it brings NieR together with Final Fantasy with the YoRHa: Dark Apocalypse raid series.

Another major feature in this update is “Restoration of the Holy See of Ishgard”, and is a crafter and gatherer-focused feature. They will work together to build the Firmament in Ishgard. This is an extensive system and will be accompanied by adjustments and updates for crafting and gathering classes. Another fun addition will be New Game+, where players can go through previously completed quests while retaining their current progression and job level.

A new Dungeon awaits with “The Grand Cosmos”, as well as a new Extreme Trial. The Pixies will begin their role as a series of Beast Tribe Quests, and there will be updates to PVP, Job Adjustments, the Gold Saucer, and much more. Blue Mages can rejoice as well since this will give them an increased level cap, new job quests, new blue mage-specific battle challenges and more. Finally, the Performance Action will see an update. An ensemble feature is being added to let players create music together.