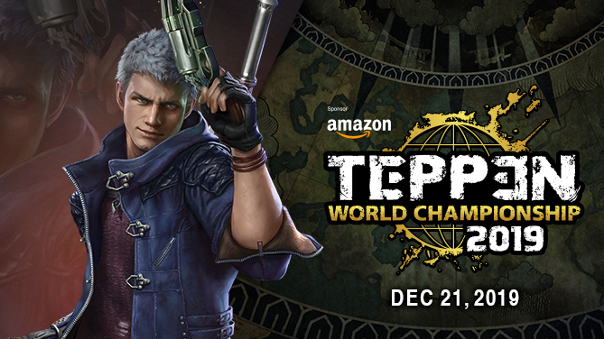 TEPPEN has a new character joining the roster, right in time for the first-ever TEPPEN World Championship tournament. Devil May Cry’s Nero will be joining the cast. In addition, Nero will be playable in December, when the TEPPEN World Championship. This will take place on December 21st, 2019, and players from around the world will be competing for a share of 50 million yen (500K USD).

Players can earn their spot at the event through online qualifiers, with registration opening on Oct. 1 for the North American and European regions. The preliminaries will be separated into four regions; Japan, North America, Europe, and Asia. After qualifying rounds, the top three players from each region will compete for a chance to become the TEPPEN World Champion. For more information on how to register for the preliminaries, visit the official site.