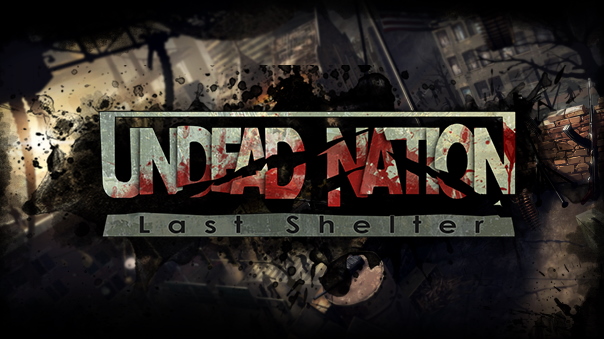 I first saw George A. Romero’s Night of the Living Dead when I was around nine or ten years old. That year I absolutely wanted to be a zombie for Halloween. I made it about as far as some green face paint, a little fake blood, and a pair of my jeans with torn out knees. Still, I spent that 31st of October shambling around with my arms extended, hands hanging from limp wrists, groaning “Braaaaains” in my squeaky pre-pubescent voice.

My love of zombies has only grown over the years, as has the popularity of zombie culture. There are at least 24 zombie movies by Romero himself, The Walking Dead comic book and subsequent TV show, and of course countless games. Some of these games are passable, but the vast majority are not. The mobile industry in particular seems to love a good zombie game, and a bad zombie game even more.

As such, it was with some mild trepidation that I downloaded Undead Nation: Last Shelter for my Pixel. I originally discovered the game through an ad while playing another game (Terragenesis specifically), and if you’ve ever experienced an ad and then gone on to download the game, there’s a fair chance that the two were drastically different. Surprisingly enough, with Undead Nation, I got exactly what was advertised, and more.


Kicking in doors and bashing zombie brains, that’s what the game is all about. This is an average campaign mission.

You begin Undead Nation: Last Shelter with a squad of survivors going through a building looking for supplies. This is a short tutorial on the workings of the game, from basic systems and deployment to Tactics: special maneuvers you can call in for outside help, such as suppressing fire, sniper, healing, stun grenades, and more. Alas, you make it out better than your squad does, but after that tutorial you find yourself in a small house with another crew of survivors, a continuing tutorial, and a set of missions.

The house itself has a room system more than a little reminiscent of Fallout Shelter, and as you upgrade your base the similarities increase. Instead of digging to increase the size of your base, you upgrade your headquarters room once you have sufficient resources and meet the prerequisites. Each time you upgrade your HQ, you’ll actually move to a new location. So far I’ve gone from a house to an abandoned hotel, then on to a section of shopping mall.

There are also a variety of other utility rooms. The infirmary lets you convert food into resources, while the operations room lets you upgrade and assign tactics usable in combats. There’s a fitness center where you can train your combat survivors to increase their level, and thus their efficiency in combat. Often times, having a given facility at a specific level is required to increase the level of your headquarters. Sometimes you’ll need to level up your headquarters before you can further increase a specific facility, so you can’t simply level up your fitness center, for example, without also increasing your infirmary, and thus your headquarters.


There are a variety of time based things to manage around the base. Building and upgrading facilities, training troops, and upgrading tactics, to name a few.

There is also a non-combat mode called Scavenge which instead deploys units out to harvest materials, with a small chance of obtaining bonus items. After you scavenge, you’re given a number of keys, either 3 or 4, with which you unlock nine boxes. Frankly, it’s quite evident that the boxes are rigged, because after over 20 scavenge missions, using 3 keys per mission, I should statistically have gotten the bonus item around 7 times (3 in 9 chance). However, I have not gotten it one single time.

There are two other modes as well. Alliance War, a battle between player alliances, happen only on a set schedule and require the leader to opt-in. I haven’t had a chance to participate in this mode, given these factors and the small alliance I joined.

Finally is Urban Warfare. In this PvPvE mode you have to try to take and hold sections of a city. Doing so can result in specific rewards, as well as gaining ranks in Urban Warfare’s standings. The higher your standings, the better the rewards you can receive from the event. It runs for 24 hours at a time, but the ending is awkwardly late/early morning which can make it hard to compete in.


This is a long gif, but it demonstrates what a run of Urban Warfare looks like. I increased the speed so it wouldn’t be quite as lengthy.

You’ll obtain new survivors through a Gacha system, and it’s one that isn’t very forgiving, really, if you’re not a paying player. You get one ticket per day for free, and can buy more at 300 gold, but you won’t get premium heroes with that ticket. For premium heroes you have to spend 900 gold to buy an upgraded ticket.

You can obtain gold through gameplay in a variety of ways: doing achievements, completing 5 of 6 daily missions, and by tapping zombies outside your base that slowly accumulate. However, after almost a week of playing, and not using my gold for much else, I find myself still unable to buy a single upgraded ticket.

Furthermore, in order to “rank up” your heroes you must extract DNA from other units, which will permanently remove the unit from your roster. Seeing as units are rather hard to come by, this means if you don’t pay, you won’t be doing much ranking up, and paying players will have a distinct advantage.


The basic troops aren’t terrible, but the premium troops also start at higher level, and potentially higher grade (stars), which gives them more powerful abilities. They’re also 3x as expensive. I also sort of resent them calling them “Premium” and “Super Premium”. It’s like going into a place where the smallest fry order is called a large, and the largest order of fries is a ginormous. You’re not fooling anyone!!!

This is my biggest complaint about the game, unfortunately. It can be very, very pushy with the monetization. I’m at a stage where I’m upgrading various facilities to rank 10, and every time I do, the game pushes me with a “Hey, buy this special pack!” popup. It also happens every time I train heroes to a certain rank, every time I log in the game… it’s just all a bit much. Like, I know where the shop is, game. Thanks.

That being said, the game is well put together. The graphics are quite enjoyable. They’re clean and tight. I have yet to run across any sort of game breaking bugs. There doesn’t seem to be a whole lot of story going on, even in the campaign mode, but the Breach portion does have some interesting stuff.

Undead Nation has a fair bit going for it. It’s pretty, the sound productive is high quality, and the gameplay is pretty fun. Unfortunately, it also gets fairly repetitive early on, and the price point of being competitive with paying players is pretty steep. I give the game a solid 3.5 out of 5 braaaaaaains; it’s a good app if you’re looking to dunk some money on a mobile game.