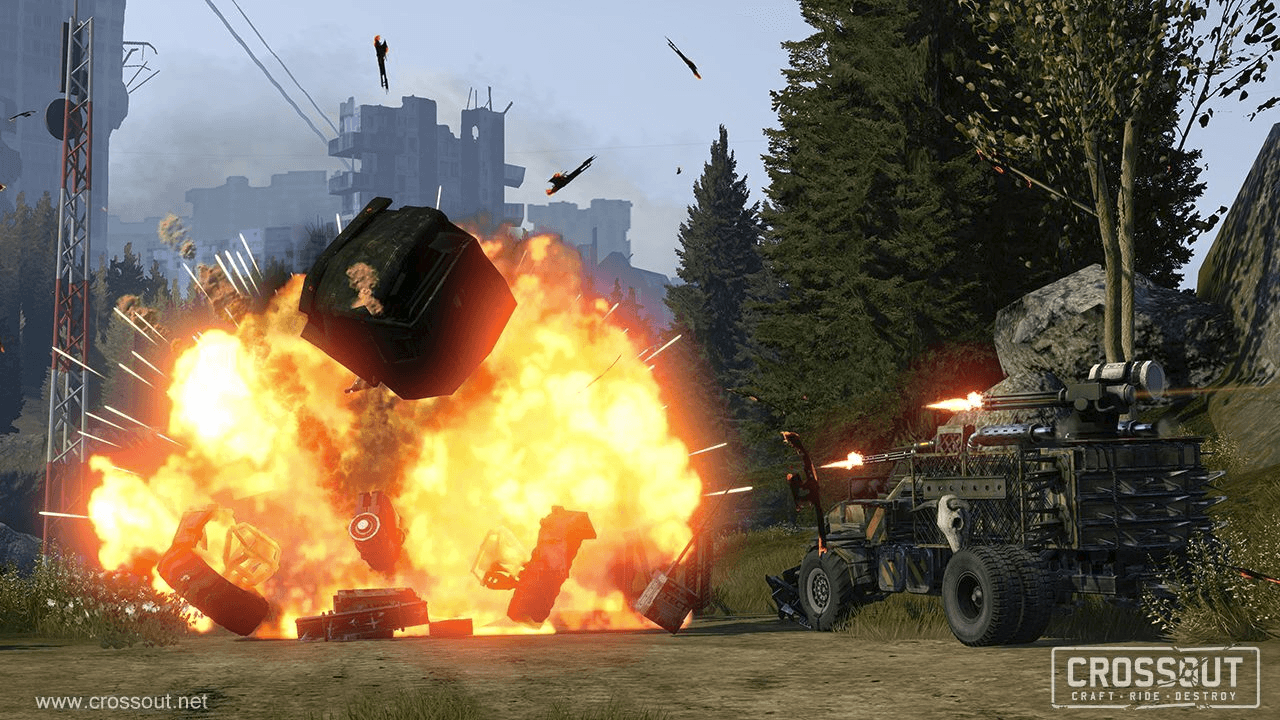 Those who didn’t die immediately were plagued by hallucinations and headaches.  Many people went  mad. Some looked to suicide to escape their degenerative state. The source of the disease was unknown, but its effects were everywhere.  Cities that were once vibrant social and economic beacons of humanity were left ravaged and deserted.

In the first few days of the Crossout epidemic, media offered wild speculation about the nature of the epidemic. Some argued that the radiation from cell phones and televisions was infected with a deadly virus technically engineered by terrorists. Others believed the virus was airborne, caused by the disintegration of a large meteorite in Earth’s upper atmosphere. Was this the dawn of an evolutionary leap and a new kind of humanity?

Chaos engulfed the planet. Many tried to escape the effects of the virus by using different protective measures. They wore face masks to filter the air. They completely stopped using electronic devices and used more traditional means of communication. But all efforts were in vain: what was once an epidemic in a few days became a pandemic unlike anything ever experienced by man.

But humanity was not yet dealt the final blow. It somehow hung on, survived. Started to rebuild, and then…20 years after the Crossout catastrophe, the world is once again at the precipice between survival and annihilation.
The environment  dictates why vehicles are so essential in the fight for survival.  The devastation and decay represent much more than just a backdrop, it is the reason that survivors must create, upgrade and fight for their very existence in the game.

Each location in Crossout is illustrating a part of this new world’s history. The “Bridge” map shows players what happened during the first few days of the disaster. Plastered across the Bridge map, players will see signs and messages left by panicked people such as “the end of the world coming soon” and “No Entry” as well as barricades where people tried to prevent the spread and secure their safety. Other maps will show players the decay of all that has been created before the catastrophe and how the new humanity is adapting to it, desperately trying to revive the ruins of its magnificent past.