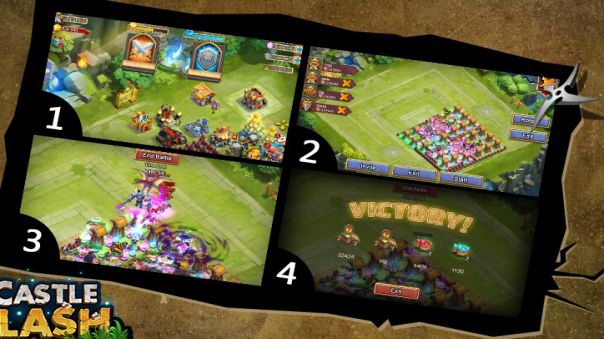 Global game developer IGG (I Got Games) announced today the upcoming release of new content to be introduced to one of the Android platform’s most popular strategy games: Castle Clash. The update contains a new multiplayer feature that further enhances the social aspect of the game, plus a powerful new hero slated for a May 2015 release.

In this new mode, players will team up to set their Towers, Hero Bases, and Walls on a 10×10 map. Players’ teams will face waves of infantry attempting to obliterate your team’s base. Enemy Heroes will not stop attacking until there is nothing left in sight. And if players manage to survive, they will face the fearsome Guild Boss and the Lost Realm’s number one enemy.

The new update will also introduce players to a mysterious new Hero. With the ability to cause heavy damage against enemies and slow them down while adding a protective shield to allies, this new hero will provide valuable support to players’ existing armies.