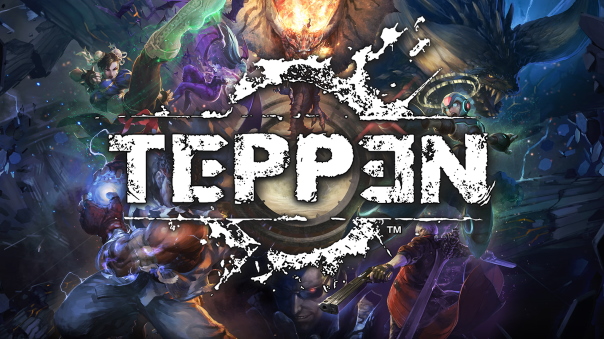 It’s not often I play a mobile game and I say to myself, “Gee, this is not only fair, but it’s fun too,” but here I am in 2019 and pleased with a mobile card game, and it’s from Capcom to boot! Well, it’s partially from Capcom. Capcom and GungHo Online are teaming up to bring forth Teppen, an online mobile card game based on the Capcom properties, and Capcom’s treatment of their properties in the past genuinely had me worried. I just have to look back to the Marvel vs. Capcom series, and look no further. However, not only is this card game reasonable and easy to play, it has been incredibly generous with their packs (at least up to this point in time), so it’s easy to pick up. Teppen hasn’t received a lot of press or acknowledgment that I’ve seen, so let’s talk about it for a bit.

What is Teppen? Teppen is a real-time strategy card game, set across a variety of Capcom properties. There aren’t a ton of characters yet, but I imagine this can easily be remedied with updates. The tutorial is straightforward, and you begin with a very average, easy-to-understand character: Ryu, from Street Fighter. In Teppen, you have a deck leader (one of the Capcom characters) and a deck of cards. Each of these characters is represented by an Elemental Color, each of which has its own style of gameplay. What do each of them do? That’s what I’m here for.

Those little blue lines? Those are your damage lines, and they are the source of victory.

Now, Black sounds incredibly powerful, but you really have to have an eye for using your life as a resource. It’s not something I would recommend leaping into for a new player to card games. The tutorial did not make it clear to me that you can build decks with multiple colors, but I did learn there are restrictions to this. If you build a deck with two colors, your max mana cost for cards is 5 mana (instead of 10), and if you go with 3 colors, you can now only have 3 MP cost at max. Sure, this makes incredible combos, but you have to be even more careful about what you do.

Each deck can have 30 cards, and you can have 3 of a card normally, except for Legendaries. Legendaries, which are arguably the strongest cards available, can only have one copy in your deck. The more common cards work great together too though, so don’t feel like you absolutely have to load a deck down with rares. The downside, of course, is that you will likely seldom have them in your hand, thanks to having fewer copies of them. With as many cards as I’ve cracked for free, I could probably farm up specific cards easily enough by disenchanting (Reaping) the ones I’m not using to craft particular cards. I have said it before, but Dust/Disenchant systems are my absolute least favorite. There has to be a better way by now. On the topic of cards though, in addition to rarities (Common, Rare, Epic, Legendary), there are Card Classes: Normal, Golden and Secret. These are purely cosmetic, with Secret cards having a cool glow and animations attached. If you forget what a card does in a match, fear not – just tap on it and it shows you everything you need to know. To play a card, all you have to do is drag it into the slot you want it in.

Once you use an ability card, things stop so your opponent has a chance to react.

It’s also important to note that you should do absolutely all of the Hero Stories, as this is how you unlock the other decks. It’s also a great way to figure out what each color does for yourself, and thus figuring out the playstyle/character fits you best. Once you’ve figured that part out, how does the game actually play? Whether you are playing against the AI or other players, each player starts with four cards and four mana. Your mana regenerates up to ten total in real-time. Your card’s casting cost is in the top left, and the Attack/Defense are in the bottom right. The top number is how much damage they deal, and the bottom is how much damage they receive before they die and go to the graveyard. As you play cards, you also build Action Points, which is how you utilize your character’s Hero Art. As you level up that hero (by playing matches) you can ultimately unlock three different powers to pick from.

Each player can have three characters on the board at once, and each has its own stats and traits. You can deal damage to the other player with abilities too, but the primary damage is from your characters. Once you have a character on the board, you’ll start to see a line go from them to the opposing lane (red or blue). When that line hits the other side, it deals direct damage, if there is nobody in the way. If another character is there, each character deals their damage to the opposing character (unless they are halted/otherwise cannot block). This means characters do not have long lifelines since if both lines hit at about the same time, a great deal of damage can be doled out. So the strategy is who you position where and when. Do you throw a hero away to prevent damage, or do you flood the board with lots of cheap characters? That’s all up to you! There are also buffs/heals/interrupts you can play, and that’s a pretty fascinating topic. If you use an ability card, combat stops, and your opponent has a chance to play an ability of their own.

It's also incredibly easy to see what cards do, even in game. But don't take too long - time waits on no one.

Whether it’s another heal, a direct damage card, or a buff, this is their shot. Are you worried that your opponent is going to halt your buffing of Sagat, so you can get the killing blow in? Begin an ability chain, watch as they wear out their mana, and then play your buff card so it can’t be stopped! There’s so much strategy in this game, and you genuinely have to consider all of your moves in new ways, since this is not a turn-based card game. You have a limited amount of time to get a victory, and they are constantly planning at the same time you are. The matches are quick, but you really have to think fast for them, and that’s what I love about Teppen. It’s been reasonable in terms of rewards – login rewards, achievements, missions, et al – and I have piles of card packs to open still. Not to mention, all of the characters feel fairly balanced, so you really can’t go wrong.

I will say I was pleasantly surprised this game felt so balanced and so fun. I tend to go into mobile games that use cards/dust systems with a great deal of trepidation, but it was unfounded this time. It’s a genuine, fun card game that I would not oppose spending money on. However, the Aggressive Hero Arts seem better than the defensive ones as far as usefulness goes. Regular ability cards can be countered/overridden, but Hero Arts cannot be. Ryu’s Shinku Hadouken, for example, hits for 7 damage, and cannot be countered. That’s a lot of damage, and especially in a deck that’s running plenty of cheap/low-cost cards. The game also goes into detail on the percentages for Legendary cards in packs in the shop, which is a nice change of pace.

It also has a Season Pass, for 980 Jewels a season – but the closest you can get to that is 5.99 (720). This number can and should be changed if you want players to easily acquire the Season Pass. This Pass seems to contain Secret Cards (which are the cooler of the cosmetic cards) and is a good way to increase the rate at which you acquire cards. One of my least favorite things about card games is when someone’s losing/feeling petty, so they stall out until you quit. If you stall in Teppen, you lose much faster. If you aren’t playing cards, you’re taking damage from your opponent, and that’s not what you want. Visually, it’s beautiful as far as character art goes, but I do admit, Mega Man’s design is just a little strange to me. Something seems off.

Teppen is a card game that’s fast, easy to learn, and has few lulls in combat, other than waiting on more mana. Simply having more characters to play as, as well as a better, less aggravating card creation system would make this far more enjoyable.