Dauntless Adds Largest Update Yet with ‘Sharpen Your Skills’ 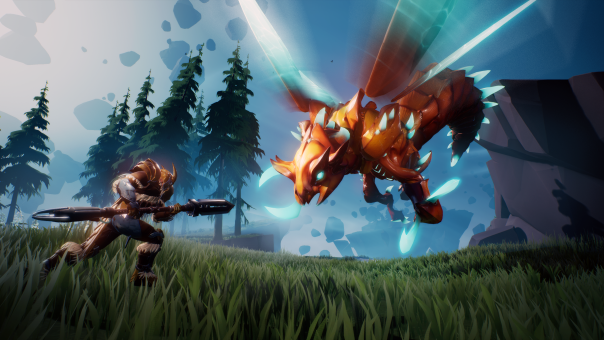 The largest update to Dauntless from Phoenix Labs launches today with “Sharpen Your Skills”.  This massive update brings a brand new weapon in the War Pike, the fifth weapon in the game. It’s a unique polearm with a powerful ranged attack, rewarding surgical strikes and tactical mastery. Each hit a player lands builds the War Pike’s power making it more deadly. Once charged, the War Pike can also unleash devastating damage at range using a powerful cannon built into the weapon. Being damaged, however, removes these charges. It also brings two new behemoths, Skarn the Living Avalanche, and Kharabak, both offering brand new challenges, and obstacles to overcome. Updates to the matchmaking and progression system will mean less waiting around and more traveling to zones populated by Random Behemoths which, when slain, will reward Wayfinder Marks. These can be used to embark on specific hunts, and each zone will provide Slayers with valuable loot to create items and gear. The new Cell System empowers Slayers to enhance and personalize the way that they hunt and do battle. Each weapon and piece of armor features “cell slots” that players can insert unique improvements and bonuses into. Cells offer a wide range of enhancements, including health and stamina boosts, elemental augmentations, improvements to teamplay mechanics like revives, and even high-skill cells which reward moments of skill like perfect dodges. And finally, each weapon now deals specialized damage types which will change how players interact with Behemoths and their parts. It offers a new level of strategy and empowers Slayers to make the most out of their arsenal and create memorable moments of teamwork.

Starting December 19th, there will also be a limited Frostfall Event,  including special challenging hunts and seasonal surprises. This update will also introduce new character creator enhancements including facepaint, beards and new hairstyles. Further information can be found at the link below.