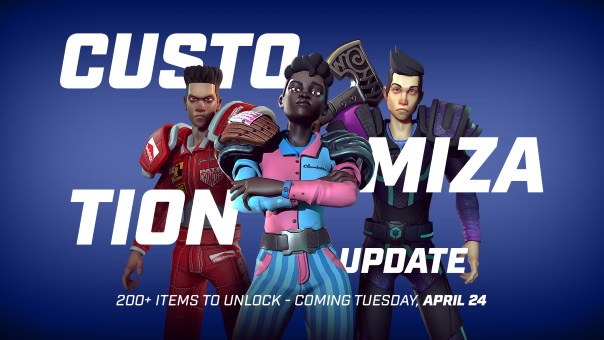 It’s time to ditch those prison oranges and get something a bit classier. Starting today on the PC version of The Darwin Project, players can expand the contents of their dressing room by adding over 200 unlockable cosmetic items, with more on the way in the future. As inmates complete matches and gain fans, they’ll work their way up the ranks of the new and improved progression system, receiving Fan Gifts along the way.

These contain a variety of cosmetic items for inmates to mix and match as they express themselves in the area. Scavenger Studios plans on adding hairstyles and facial customization in the future, alongside newer Show Director digs.  As if that weren’t enough, last week Scavengers Studios announced that The Darwin Project will now be free to play on Steam, and has a brand new tool for their inmates, in The Glider. This was unlocked as a result of the community’s diligent flag-collecting efforts. All it takes is a flick of the Crafting Wheel.