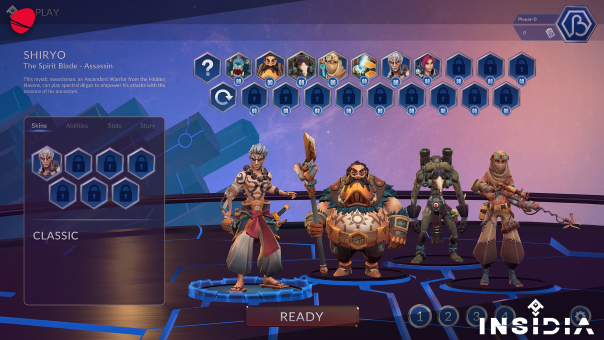 Independent developer Bad Seed today announced that their multiplayer post-apocalyptic turn-based game Insidia will launch Open Beta on Steam this summer. With six characters coming in the open beta and plan for twelve characters and thirty-six skins, as well as a variety of maps to choose from. Players will choose four powerful characters and secure critical objectives and do battle in fast-paced 15-minute matches. With such a short amount of time, carefully planned and organized moves are important while time being of the essence. Different tactics will be utilized in a “Tactical Mode” as well as a “Resolution Mode” where strategies are executed one after another, reacting instead of simply acting.

“With an easy to learn, but hard to master learning curve, INSIDIA players must assemble a powerful team of champions and lead them to victory or defeat, in bite sized 15-minute battles”, said Jacopo Musso, CEO of Bad Seed. “We are excited to announce that INSIDIA will launch on Steam Early Access this summer, and we’ll be updating the game with regular patches and new champions as we move into a full commercial launch in late 2017”.