Carbine Studios has taken PAX East 2014 by storm with an all-access showcase for their upcoming Fantasy / Sci-Fi MMORPG: WildStar. With Christopher Lynch, Jeremy Gaffney, Stephan Frost, Chad Moore, Joe Piepiora and Jen Gordy from the WildStar development team, all eagerly prepared to show Boston just what WildStar is all about, the show featured off a ton of different elder-game content, which promises something for all hardcore PvE and PvP fanatics. 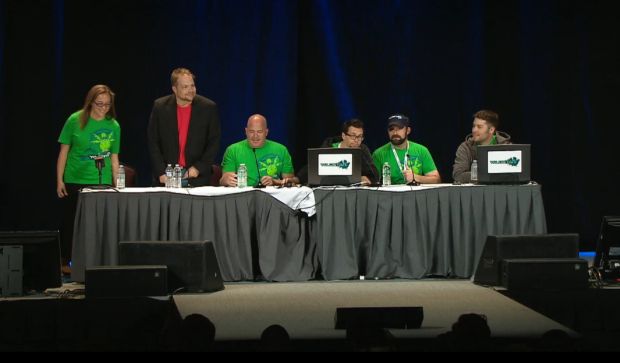 First off, before going into to details about raids and warplots, Stephen Frost, Jeremy Gaffney and Chad Moore started things off with some details regarding the endgame content. At level 50, players will be able to participate in massive open world content in Grimvault, one of two endgame zones. This zone is a huge, infested wasteland and the creatures that players will face do not mess around. The trash mobs (or as the WildStar dev team likes to call them: “Base Populations”) will throw out tons of zany and flat out ridiculous attacks and telegraphs that will make every battle against them feel like a sub-boss battle.

During the Grimvault demonstration, they showcased a quick battle with a Draken Warrior going toe-to-toe against some oversized swamp monster. For those that are currently in the beta will notice that they also showcased some new animations for the warrior’s Power Strike skill, which now has the warrior doing a crazy bunch of slash attacks while in mid-air. 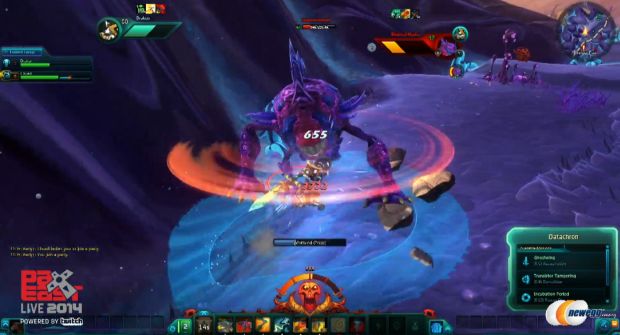 Jen Gordy then took over to talk about WildStar’s PvP content, including the Walatiki Temple, Halls of the Bloodsworn and the Arenas. While the details explained for these game modes did not reveal anything new, Jen Gordy promises that they will dive deep into a live stream session for some changes to their instanced PvP and Warplot content later this month. 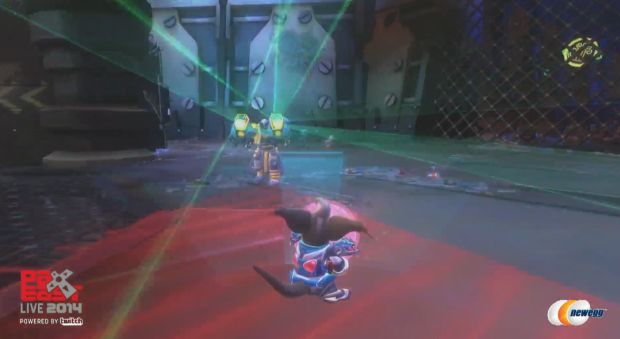 After that, they switched things over to Chad Moore, who went into some great detail regarding the ongoing lore and world story for WildStar. For those that aren’t too big into raiding or warplots, but want to get some engaging content to do at endgame, players will be able to participate in private story quests, which dives deeper into the mysteries of the planet Nexus and the disappearance of the Elden that resided there. While very similar to personal quests in Guild Wars 2, world stories in WildStar promises to have engaging instances to complete and valuable rewards to gain. 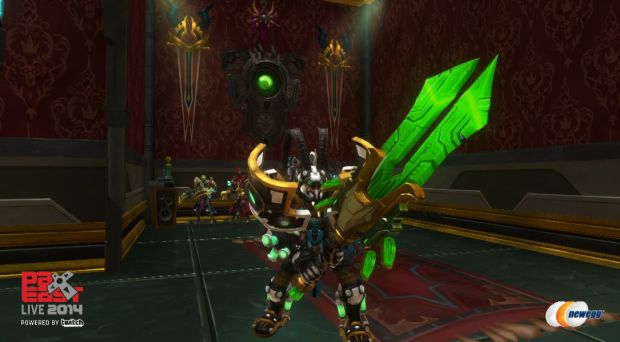 Up next, Joe Piepiora took the microphone to talk all about the bread & butter of WildStar: Raid content and the amazing loot that players can earn from it. Only from participating (and getting lucky) from raid content will players be able to receive the best gear in the game, as well as the best weapons in the game known as Relic Weapons. These weapons not only have the best stats, but they can only be further improved with more stats and passive abilities through the completion of “Imbuement Quests”. These quests require players to defeat insane challenges such as “Defeat two raid bosses at the same time” in order to unlock the weapon’s full potential. With imbuements and several rune slots available, these weapons are sure to be the “best-in-slot” items that any player can get for both PvE and PvP. 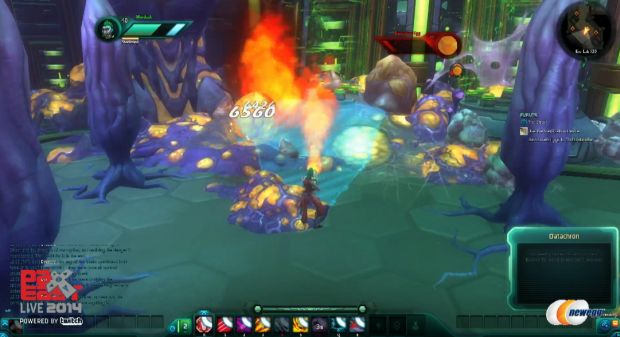 Speaking of raid content: They showcased what only a handful of beta participants have ever laid eyes on for the entire world to see: The current 20-man raid called “Datascape” pits players against a slew of freaky and demented bosses while introducing some fun and unique battles mechanics that have really been done within instanced content of this magnitude, such as having battle on a huge, fragile platform while avoiding a giant nuke placed on a raid member, which will blow up the platforms belong, dropping and killing any other raid members that were standing by. Or how about entering a bizarre cyberland where raid members have to race and double jump over death rays with low gravity enabled? 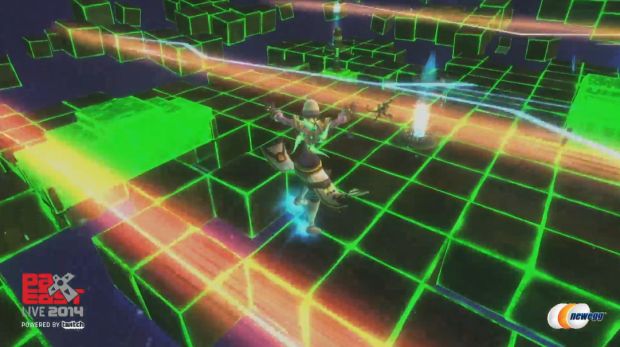 These are the kinds of experiences that can only happen in WildStar’s raid content, and the dev team at Carbine Studios prides themselves over watching their players achieve success (or utter failure) from these raids. With that in mind, Stephen Frost then pulls up a very exciting YouTube video, showcasing one of their raid testers who managed to survive one of the first Datascape raid bosses with only a sliver of health left and the entire raid group completely wiped out.

After the video, they pulled everything back to Stephen Frost to reveal one final detail about WildStar, which is the unique 40 vs. 40 Warplot content. To demonstrated, they showcased an exclusive WildStar Flick video for PAX East that explains everything in the simplest details:

1. Grab 40 friends and start a warplot group
2. Buy a Warplot and outfit it with tons of defensive weapons, traps and more.
4. Find 40 enemies to do battle with against them and their warplot.

Watch live video from PAX on TwitchTV
Click ahead to 5:00:00 for the Warplot Flick!

The best part about warplots is that along with tons of objectives to complete and enemies to destroy, players can also capture boss monsters from various instances and use them to defend their warplots, which creates a huge Player vs. Player vs. Environment element to the game. 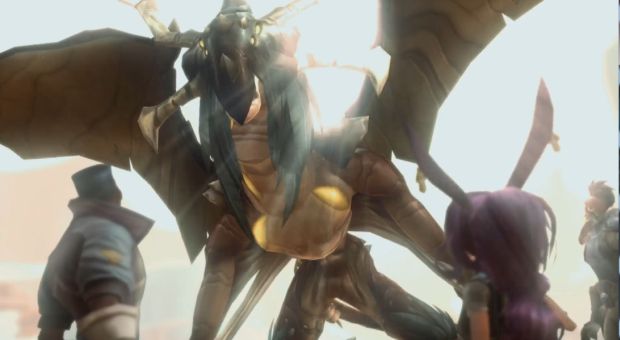 To end things off, the WildStar team concluded by mentioning that client and CD copies for the game has gone gold. The wait is almost over and the game will be launching in US and EU territories on June 3rd, 2014. WildStar certainly has a lot of things going for it, and if they can keep this up, it could easily be one of the best MMORPGs this year while solidifying that the P2P business model still has a place in this industry.