Crossout: Return of the Knight Raiders 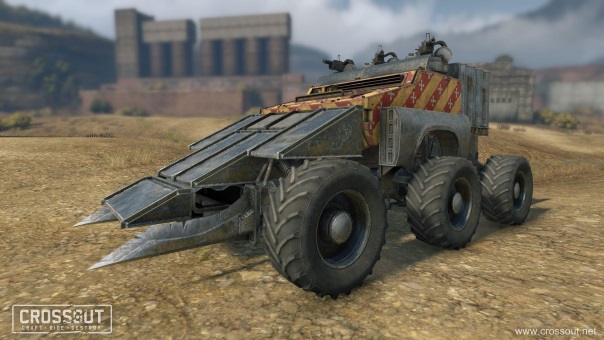 The world of Crossout is about to be visited once again by the Knechte, who are a nomadic faction of warriors in the wasteland. Just like last time, the Teutons are offering their tools to the survivors who want to prove their loyalty to the Order; that includes rare vehicle parts, new and exclusive weapons, as well as unique decoration options. The Knechete remain in the world from April 19th til May 3rd, giving players plenty of time to tackle the deadly marauders.

To show their loyalty, courageous survivors can participate in a special PvP mission, earning golden ‘Talers’ as a reward – the only currency recognized by the Knechte. Accumulated Talers can be spent on the faction’s workbench to craft said equipment, which can then be installed on one’s own vehicle or sold for good profit on the in-game market. There are some incredible parts available, but there are five entirely new ones. They might seem familiar, but they all excel in their own regard. The Knechete acquire other factions weapons and armor out in the wastes and improve them with their own personal touch. A fine example is the single-shot ‘Fafnir’, an improved Junkbow shotgun with a speed-based stabilization system. The faster you go, the more accurate it is. There’s also the medieval ‘Spike-1’, which is a huge crossbow, capable of firing almost anything with lethal effect, whether its strings, cables or bits of metal.