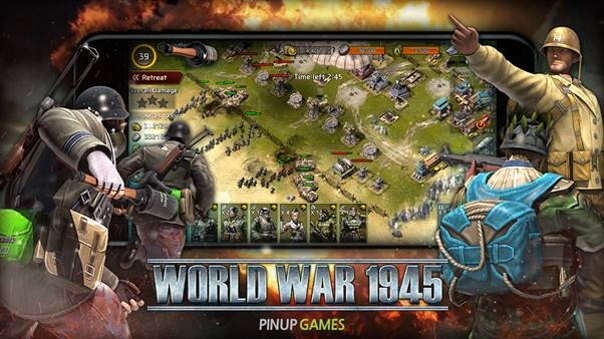 Launching from Pinup Games Today, is the strategy title World War 1945, on both App Store and Google Play in 140 countries. It’s a military genre mobile strategy game where players use a variety of tactical weapons from World War II to challenge and defeat other players around the world. World War 1945 puts you in the role of Commander-in-Chief of German or American troops, consisting of hundreds of real-world vehicles and units that all played roles in World War II. The gameplay is optimized for a simple touch-and-tap mobile system, and your weapons/units can be upgraded by seizing resources from enemy bases. 70+ playable units, all with their own unique skills. In addition, 14 scenarios are available to relive legendary WWII battles.