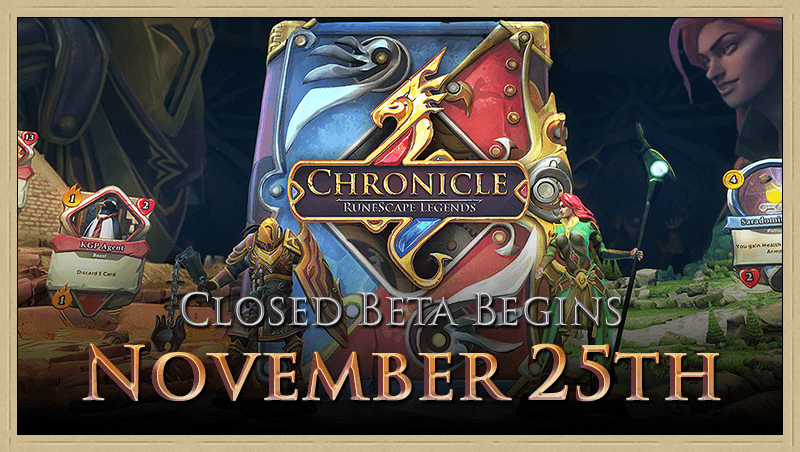 Jagex Games Studio, makers of the multi-award-winning fantasy MMORPG RuneScape, has today confirmed that the PC closed beta for its upcoming online strategy card game, Chronicle: RuneScape Legends, will begin on Wednesday 25th November. The game, which is scheduled to launch in 2016 on both PC and iPad, sees players craft their own card-based adventures as they battle towards the ultimate player-versus-player showdown.

“Following the fantastic reception Chronicle received at RuneFest – from both RuneScape fans and games press – it’s great to reveal that the game will begin its closed beta on PC in just a few short weeks,” said James Sweatman, lead designer for Chronicle: RuneScape Legends. “This is our chance to get solid feedback from our would be player-base for the very first time, which will help further develop and refine Chronicle ahead of next year’s launch.”

For further information about Chronicle: RuneScape Legends or to register for the closed beta, visit the official website at www.rschronicle.com.