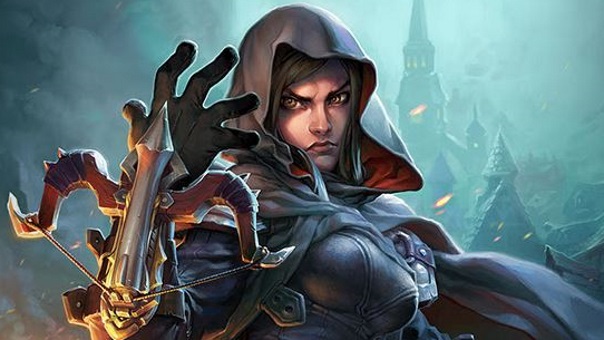 Today starts the new solo adventure in Hearthstone – the thrilling and challenging Monster Hunts! Highly replayable, players choose from one of four Heroes created especially for this mode: Tracker, Cannoneer, Houndmaster, and Time-Tinker, each with their own unique boss. Build a powerful deck as you progress through increasingly difficult foes, and once you complete a Hunt with each of these four, you can use their combined might to face Hagatha the Witch in a final epic showdown. Success nets you the Monster Hunt card back. Here’s a bit of info on each Hero:

The Tracker: Tess Greymane, daughter of Genn Greymane, is an elite—and well-equipped—rogue who excels at tracking down her enemies and using their own tricks against them. Her Hero Power, “Scavenge,” allows her to Discover a spell played earlier in the game and add it to her hand.

The Cannoneer: Darius Crowley is a fierce warrior and capable military commander who protected the citizens of Gilneas during the outbreak of the Worgen curse. Now, he’s bringing in the heavy artillery to overwhelm the twisted creatures of the forest with sheer firepower. When used, his Hero Power “Fire!” will launch a menacing volley at his foe!

The Houndmaster: Houndmaster Shaw has spent his life training the finest hounds in the land. Before the curse, he was an avid fox hunter . . . but now, he sets his dogs loose in pursuit of far more dangerous prey. Houndmaster Shaw’s Hero Power, “Dog Whistle,” summons a 1/1 Bloodhound with Rush that he can sic on his opponents.

The Time-Tinker: Toki the Traveler is a clever gnome who has mastered the forbidden arcane art of time manipulation, and she plans to use her unique ability to enact pre-emptive revenge against Hagatha the Witch, who will cause her family great harm if not stopped. Toki’s Hero Power, “Temporal Loop,” allows her to restart her turn at no cost.