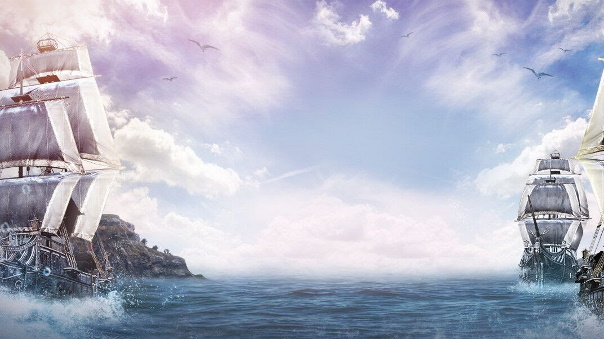 Kakao Games and Pearl Abyss announced yesterday that Black Desert Online has a new expansion coming this month. “The Great Expedition” is the next major expansion, and hits all regions on October 23rd, after regular maintenance. This update aims to make ocean-based combat just as interesting as ground-based combat with new systems. In this expansion, players can look forward to sea currents and wind systems, to make sailing far more interesting. These will influence the efficiency of your ship, and there will also be new UI elements to let players know the current sailing conditions.

Launching alongside these new systems is a lineup of ships and sailors. Players will be able to upgrade their ‘Epheria’ sailboats and frigates to a new class of ships. Players will craft these ship-upgrades with materials which will be acquired by playing the new Great Expedition content.  “Carrack” is a new ship that was revealed, and will surely be the pride of any fleet. The new sailor system will let players crew these ships, and the sailors will offer a variety of skills to increase overall sea-faring efficiency. This will pair neatly with the “Bartering” system, that’s coming in the expansion. Players can buy goods in one location and sell them elsewhere for a potential profit, but the prices of bartered goods change every four hours. Successfully bartering can net players “Sea Coins”, which can buy coveted, valuable items like the “Heart of Khan”.

What would a sea-faring update be without a terrifying monster lurking below the depths? Khan is a new boss coming in this expansion, and players might be familiar with this beast already. Players will have to team up on the high seas and use their cannons to defeat the mighty Khan.