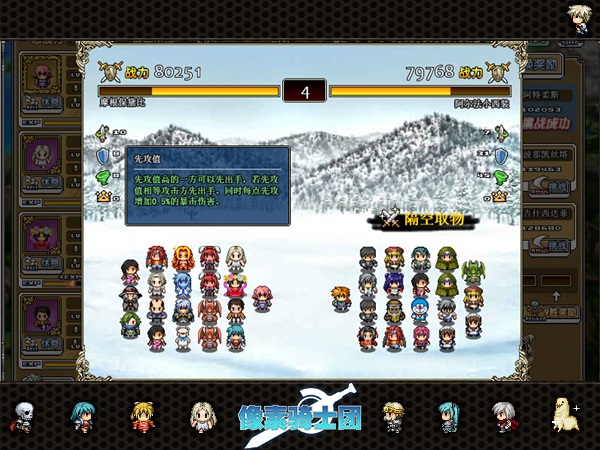 NGames is happy to announce a new game that will be added to their gaming lineup. Pixel Hero will have its first CBT during the first week of May! Join the adventures with our cute chibi characters. Characters in this game not only differ in skills but also in skill configurations. Now let us consider possible strategies in Pixel Hero.

Battle Skills
In Pixel Hero, you can form a colossal team of up to 25 heroes instead of just a 4-member team common in most games. When it comes to RPGs, skills are indispensable to success. There are many types of skills that can boost ATK and CRIT, passive skills that can boost Initiative and DEF while absorbing HP, and skills that can disable dodging. To defeat opponents, form reasonable combinations with various kinds of skills.

Initiative Points allow you to battle first
In battle, both sides attack each other in turn. Skills are triggered starting from the front row to the back row. The chance to trigger skills in the back row will be lesser, especially for CRIT and HP recovery skills. So it’s important to make relevant strategies based on the opponent’s layout.

Since a hero’s position has an effect on triggering skills, players can arrange heroes in the front row based on skills!

Forge Legendary Heroes
The Hero Development system is as simple as profound. Heroes automatically upgrade as they kill monsters. However, each hero can not only be upgraded, but also be awakened. Equip heroes with exclusive artifacts which affect 4 stats Initiative, DEF, DOD and Monarch.

In addition to the awakening feature, players can also craft peerless gear! Pixel Hero is a fun game with simple operations, but sophisticated strategies.