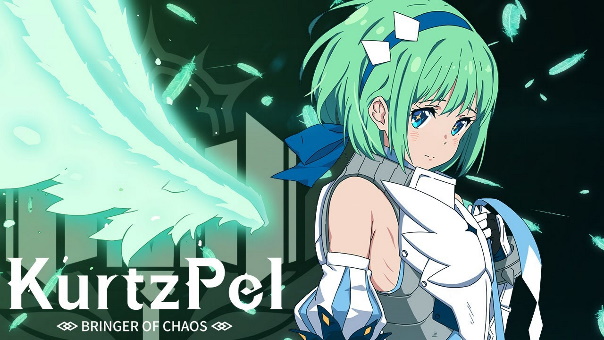 Editor’s Note: This is based on a preview of the content. I haven’t unlocked the Sacred Hammer yet, but it’s on my to-do list.

So, on a personal level, I’m not big on hardcore PVP games, but I love the visuals and combat style of KurtzPel. It combines arena PVP and huge monster battles, and so when I have more time, I really want to try and devote some practice to it, especially now. There were some pretty major quality of life changes to KurtzPel, like Rage Breaking. There is nothing more frustrating in any kind of PVP than being locked down and killed, because you made one mistake. Perhaps inspired by games like Guilty Gear and BlazBlue, the Rage Break System was born. There was a point in KurtzPel where, whoever gets caught out first, gets 100-0ed, and killed. That was just how it was, and it was terrible to endure. However, you can sacrifice your Rage meter once per match, to break out of a combo, bust free, and get a shot at redemption. This is such a great idea, and even scrubs like me have a chance now.

Along that line, “Combo Dropping” was introduced. The way it was shown to me when someone uses their third Rush in a combo, it will immediately deal a knock-down, and stop the combo. This is to prevent bland, boring rush-juggle infinite. Look, this isn’t MVC 2, so put a little spice in that combo. That’s all I’m sayin’. There were about eight pages of notes for this patch, so there’s no way I’m going to cover it all here, but a major rebalance was done in the land of KurtzPel. They also saw a new weapon and character come to the game: The Sacred Hammer (Lime)! Now, this I’m excited for. They said forever there would be no support characters: It was going to be about violence and aggression. Here they are contradicting themselves (which I’m totally fine with), and brought Grand Chase’s Lime to KurtzPel! The hammer can heal, it can battle res, and it can create a shield that blocks projectiles.

Basically, you’re a tank/healer with a massive mallet to dole out the harshness to whoever happens to offend you. But it’s not a target heal, it’s a totem. You have to be near them, and drop a totem, or control enough of the battlefield to lay down the healing totem or battle res. Something to be aware of, is if the player enters that healing field, they will take damage. One thing I like is how the Shield is a double-edged sword. Sure, projectiles can’t get in, but you can’t get projectiles out either. So if you swap to magic staff and try to fire out, it will just fizzle against the shield, and you will have wasted your time. That’s the last thing you want in a PVP game. The hammer swing is slow, but it packs a punch, and if it makes you flinch, you’re getting knocked up for a combo. That’s going down, but thankfully it is a bit on the slow side so you can get out of the way/juke.

But Lime, now that’s interesting. She’s from Grand Chase, and as it turns out, it seems like the Grand Chase and the KurtzPel worlds are linked. She’s also the first of the Ancient KurtzPel that you have to fight. They showed me the fight against Lime and man; she does not mess around. Her gear is incredible too. I believe her armor and hammer are available in-game too, which is great because they look sick as hell. You have to earn your way into Lime’s good graces, and that’s with some major violence. Knight-Captain Lime absolutely does not mess around. I think the long and the short of it is, KurtzPel absolutely has my attention now. Having the power to team up with my friends as a support unit, wielding a massive hammer, to do what I do best in PVP? Oh yes. My skill in PVP is to be a nuisance. Stuns, heals, anything to distract my opponent from the person coming in hot with the dual blades.

So this got me thinking about how I’d play it. I don’t know how well it will do in solo-player content, but as far as PVP, I think I’d try Bow+Hammer. That way I can distract people or annoy them with arrow shots until they come in close. Swap over to the Hammer and give them the business. There are a lot of possibilities with the hammer, like Hammer+Dual Blades, Hammer+Magic Staff. I have a feeling it won’t be so strong right now in solo PVE. They pointed out that this Karma (weapon) is supposed to be the first Magic Breaker, but it isn’t Breaking. It’s not dealing enough to the enemy break bar, but it’s something they’re looking at to see what’s up. All told, I’m very excited for this class, and now that they’ve offered something up I’m sincerely interested in, I’m ready to give KurtzPel another shot and see how this class/Karma works for me. On a lore level, I want to see who they add next since it seems like in some way or another, these worlds are connected. Perhaps they’re the same world?

I am incredibly hyped for the Sacred Hammer. It’s something new and unique in the game, and I can’t wait to try it.